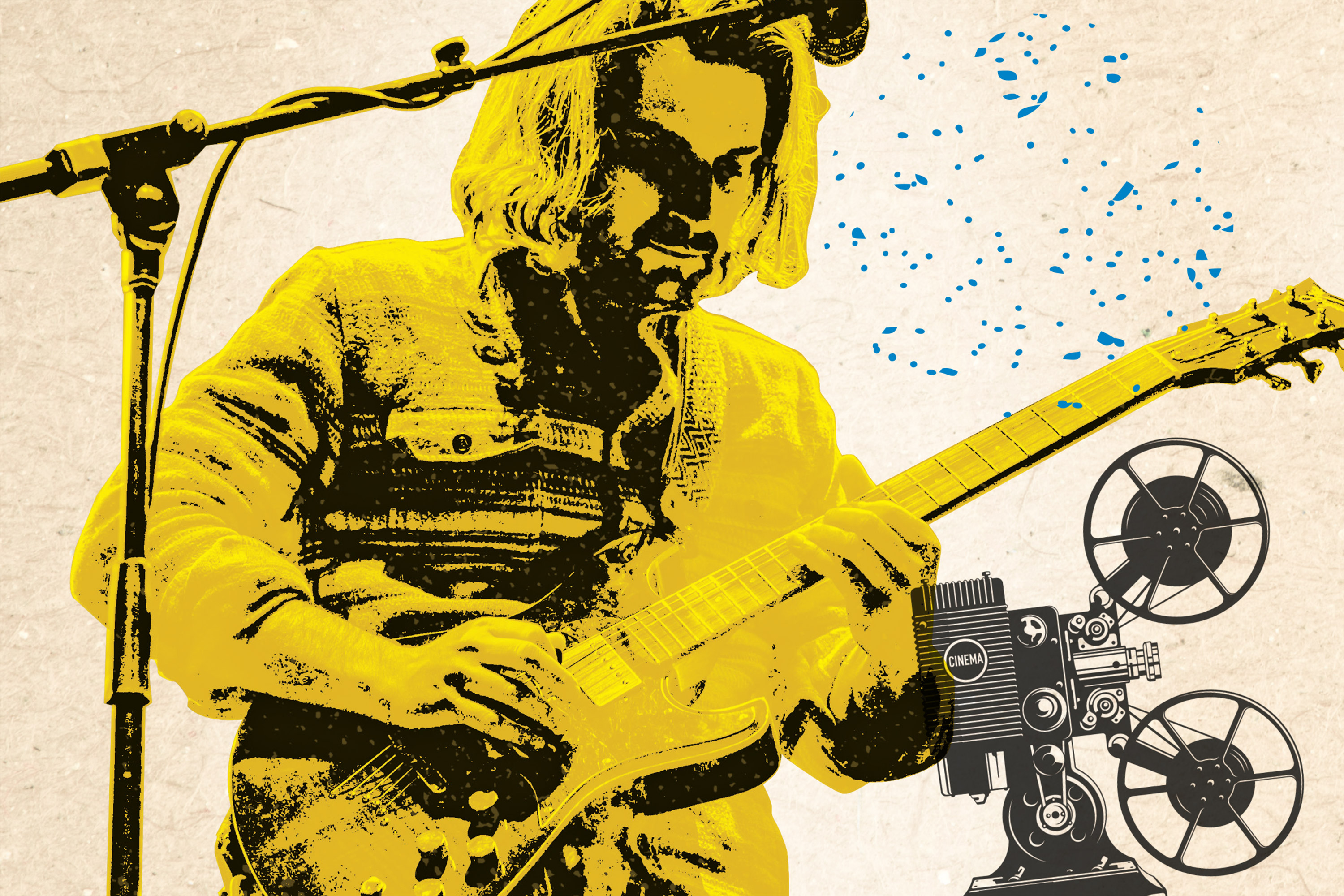 Spring officially begins in March, but that’s obsolete thinking, from our perspective. The Valley’s spring festival season actually begins in February, with the unleashing of the Devour Culinary Classic, Arizona Cocktail Weekend and the Arizona Strong Beer Festival – all pillars of the local foodist scene. So, get into a festival mindset early with this curated menu of high-season outdoor fun in Greater Phoenix.

March 26-April 5
In a town where Bill and Ted embarked on some excellent adventures, and Clint Eastwood ran a gauntlet at the Arizona Capitol, more than 27,000 people will watch nearly 300 films over 11 days during what MovieMaker Magazine named one of America’s “25 Coolest Film Festivals.” Single tickets, $15-$25; passes $45-$450. Harkins Theatres Scottsdale 101, 7000 E. Mayo Blvd., Phoenix, phoenixfilmfestival.com

March 13-15
Drawing nearly 25,000 fans a day, this “multidisciplinary festival” – sorry, masochists, the other kind of discipline – has been assembling artists, craftspeople, tasty food and live music in the scenic Scottsdale Civic Center Mall for a half-century. Pick something up for your den, or go Christmas shopping early. Really early. $12 for single-day admission. 3939 N. Drinkwater Blvd., 480-499-8587, scottsdaleartsfestival.org

Top 3 Acts at the Arizona Renaissance Festival
Grab a giant turkey leg and give a hearty “Huzzah!” to these primo performers at the 32nd annual Ren Fest.

Armored studs on regal steeds do battle with 10-foot lances three times daily. Catch the Lord Mayor’s Joust at noon, the Princess’ Joust at 2:15 p.m. and the Joust to the Death at 5 p.m.

Crack has racked up 23 Guinness World Records including “Most Candles Extinguished with a Whip in One Minute” (102) and “Loudest Whip Crack” (148.7 decibels – just a couple decibels lower than the sound of a jet taking off).

Where in the World in the Valley? 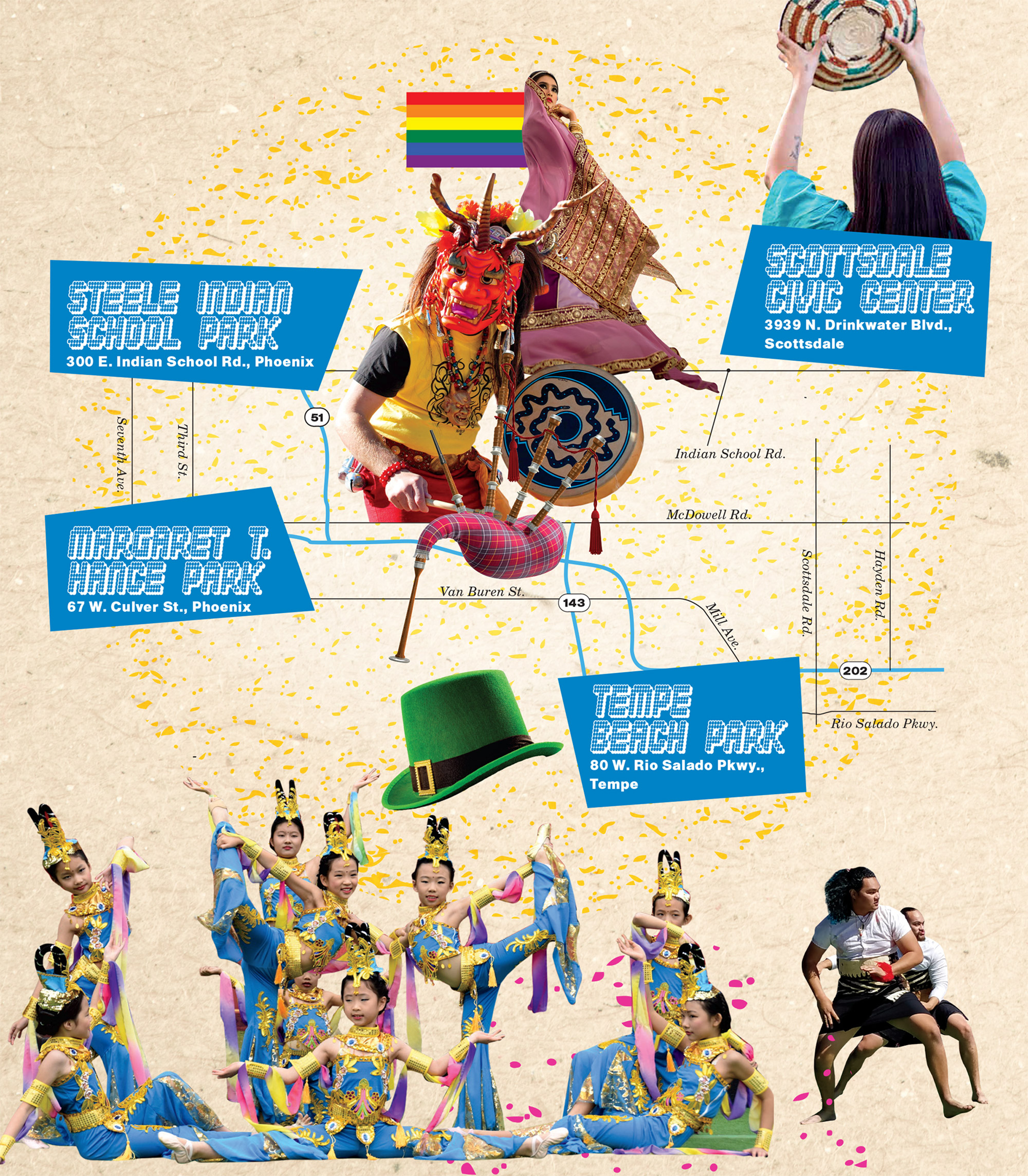 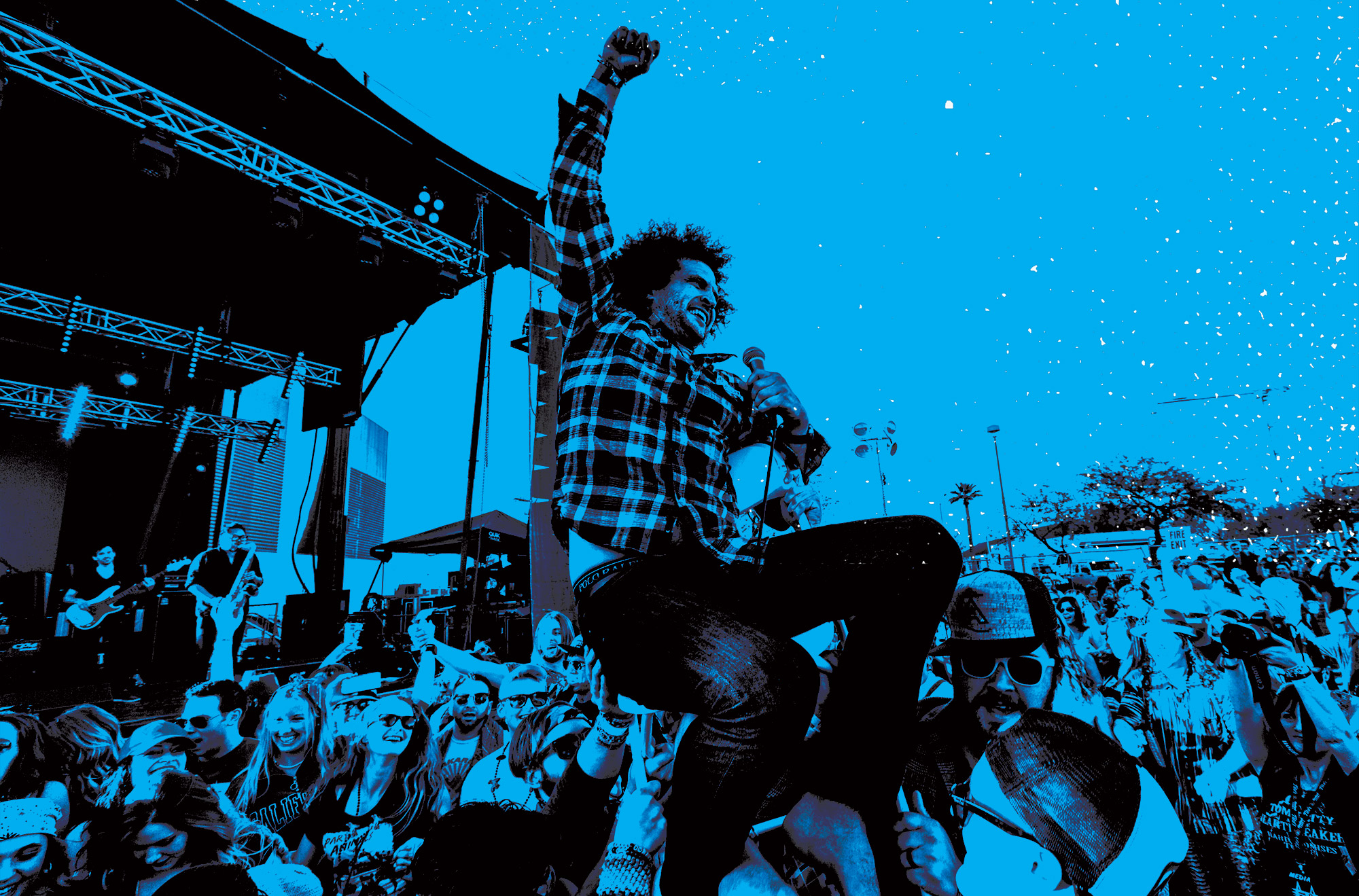 Can you identify these upcoming Valley music festivals by the clues below?

Looks like: A bunch of bro-bands playing on baseball diamonds next to Tempe Town Lake.
Sounds like: Dave Matthews Band, Portugal. The Man, Weezer, Death Cab for Cutie, Rainbow Kitten Surprise, O.A.R., Big Head Todd and the Monsters and more.
Feels like: Attending Lollapalooza in three different decades all at once.

Find answers below at the end of article

February 15
Sponsored and programmed by PHOENIX magazine, DTW is the global-cuisine tender to the Devour Culinary Classic mothership (pictured). 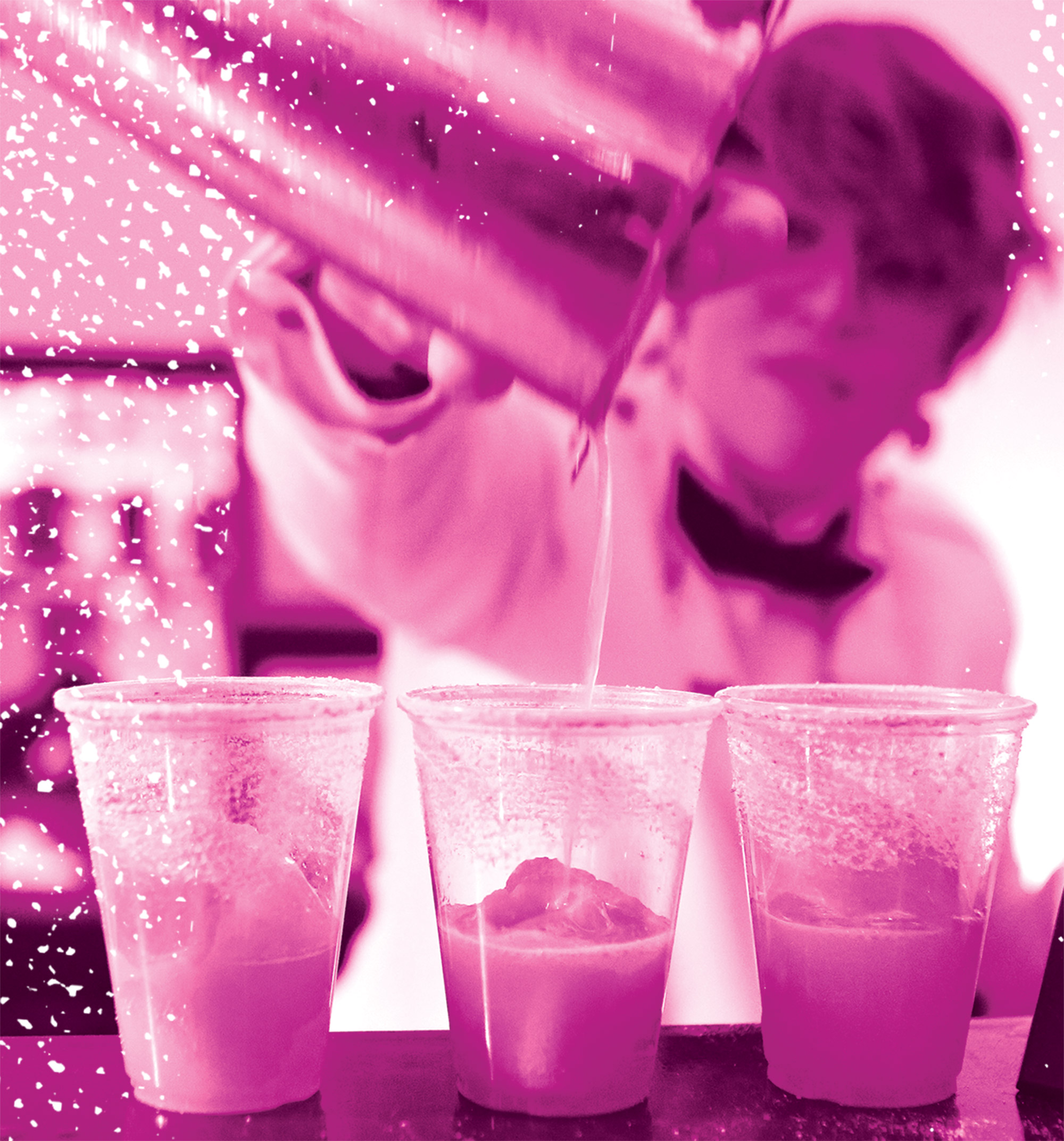 Find many of your favorite ethnic moms-and-pops at this afternoon scarf-a-thon in Peoria – including República Empanada and The Breadfruit & Rum Bar – and raise your culinary literacy level in one fell swoop. $55. Centennial Plaza, 9875 N. 85th Ave., Peoria, devourphoenix.com

February 22-23
The finest chefs from around the Valley converge on Papago Park for this always-sold-out culinary confab, for the third year staged at Desert Botanical Garden. Highlights include the larder + the delta, Beckett’s Table, Flint by Baltaire and Roka Akor (Saturday); and Vecina, Fellow Osteria and Cotton & Copper (Sunday). Also: unlimited pours of wine and beer. $105-$205. 1201 N. Galvin Pkwy., Phoenix, devourphoenix.com 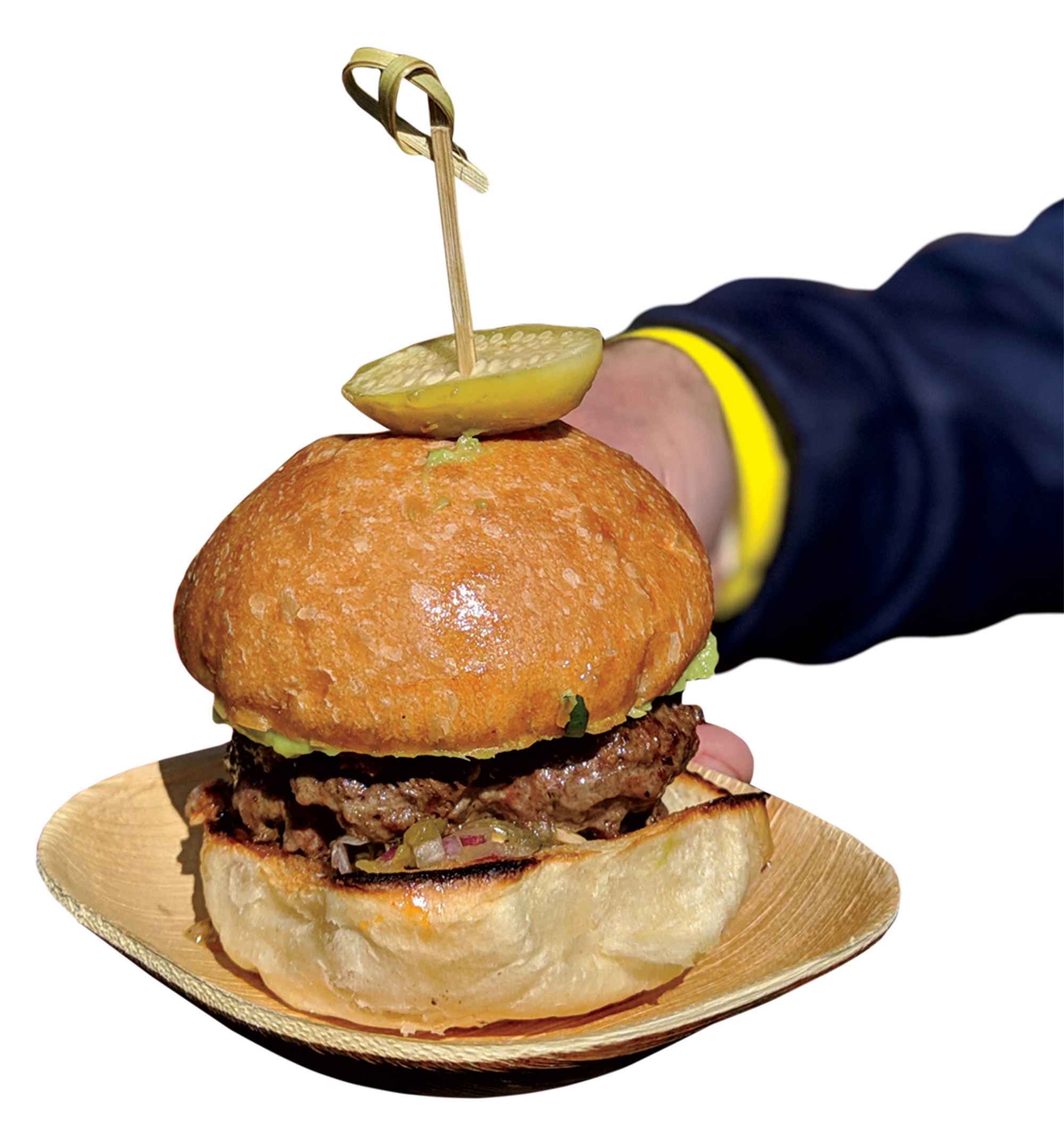 To celebrate the festival’s 20th year, 20 Arizona brewers will partner with prominent colleagues to create one-time-only collaborative beers. To wit: Huss is partnering with Colorado’s Odell on an IPA with Cashmere hops; Dragoon is making an Italian Pilsner with Pizzeria Bianco; and Wren House is doing a wild rocky road ale with Illinois’ Destihl. “It’s just a meaningful way to mark the [anniversary],” Fullmer says.

Beer writer John Holl will moderate a series of interviews with brewers in the festival’s new Fry’s Pavilion.

Several of Arizona’s newest brewers will be pouring, including Lazy G out of Prescott, led by the former head brewer at West Coast IPA favorite Societe Brewing. “A little piece of San Diego in the trees,” Fullmer says. 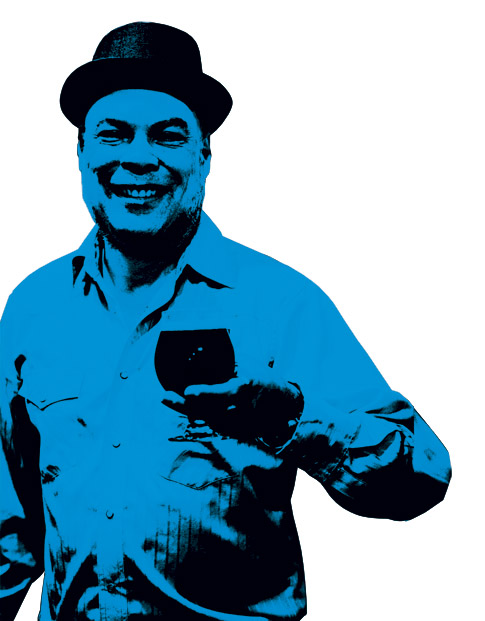 Local First Arizona founder Kimber Lanning launched the Devour Phoenix food festival in 2009, and it’s since grown into one of the Valley’s premier annual culinary celebrations, with multiple highlights including PHOENIX’s Devour the World global cuisine event. We caught up with Lanning for the scoop on this year’s food fêtes.

What are you looking forward to at Devour?

I’m excited about the VIP area, which we’re doing in a Mardi Gras theme because it’s so close to Mardi Gras. We have two exceptional Southern chefs, Stephen Jones and Justin Beckett. We’re going to be transforming Dorrance Hall into a unique experience for everyone, with music, beverages, artwork and entertainment.

How does Desert Botanical Garden enhance the event?

What I love about the venue is your ability to stroll. There’s a lot of space to breathe, and it’s a gorgeous setting. We have woven the event into a lot of different spaces throughout the garden.

What’s the best thing about Devour?

That we don’t try to grow our ticket sales. That’s not the goal. The goal is to continue to attract the best chefs in the Valley, so ticketholders will get rewarded.

Tell me about Devour the World.

Devour the World is focused on the wonderful, small, multicultural restaurants that dot the Valley, whether you’re talking Salvadoran, Venezuelan, Caribbean, German, Swedish, Native American – foods of the world. It’s a celebratory day that shines a light on the incredible talent of people from all over the world who opened restaurants here.

For more information about Devour and Devour the World, visit devourphoenix.com 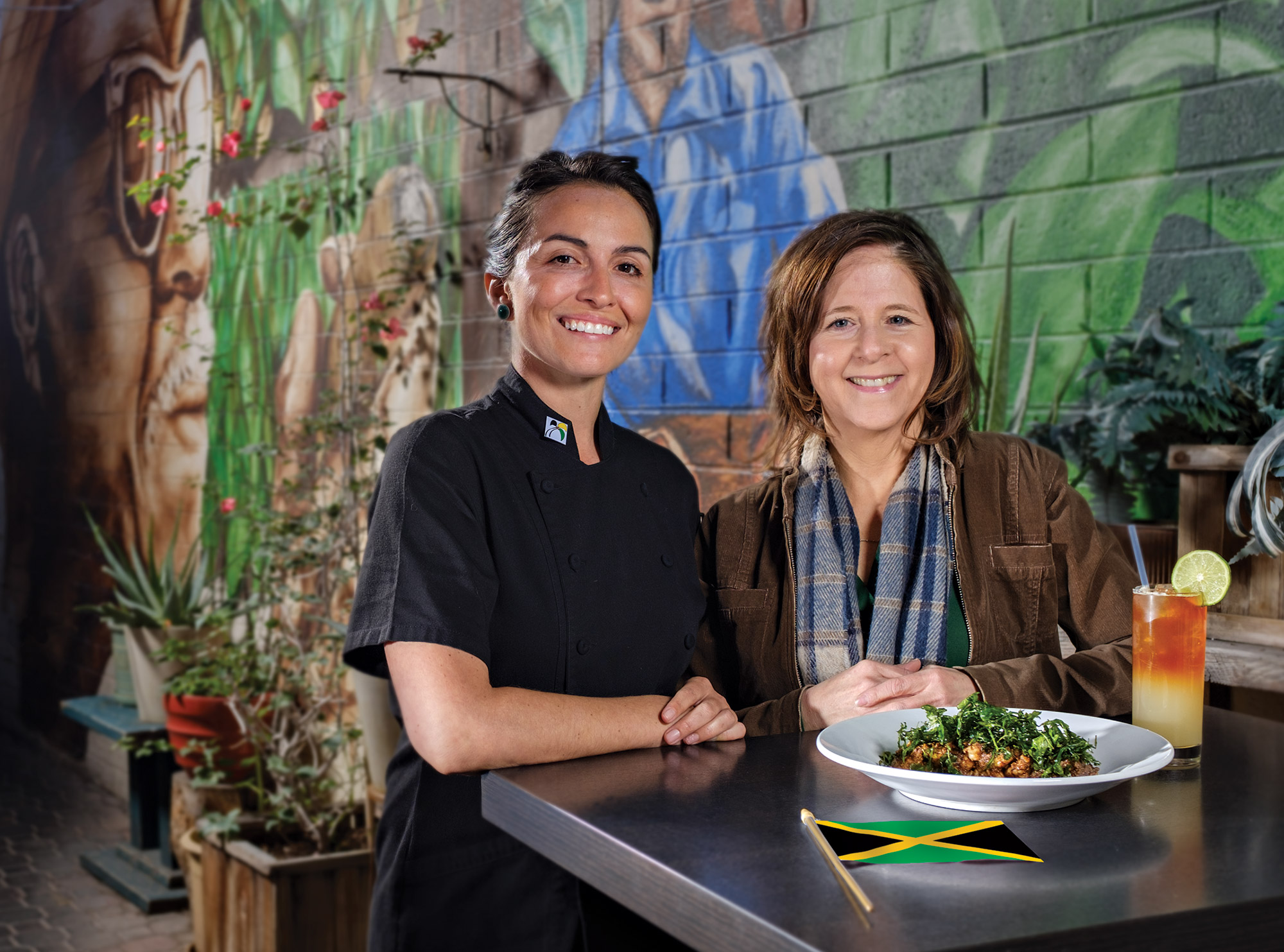