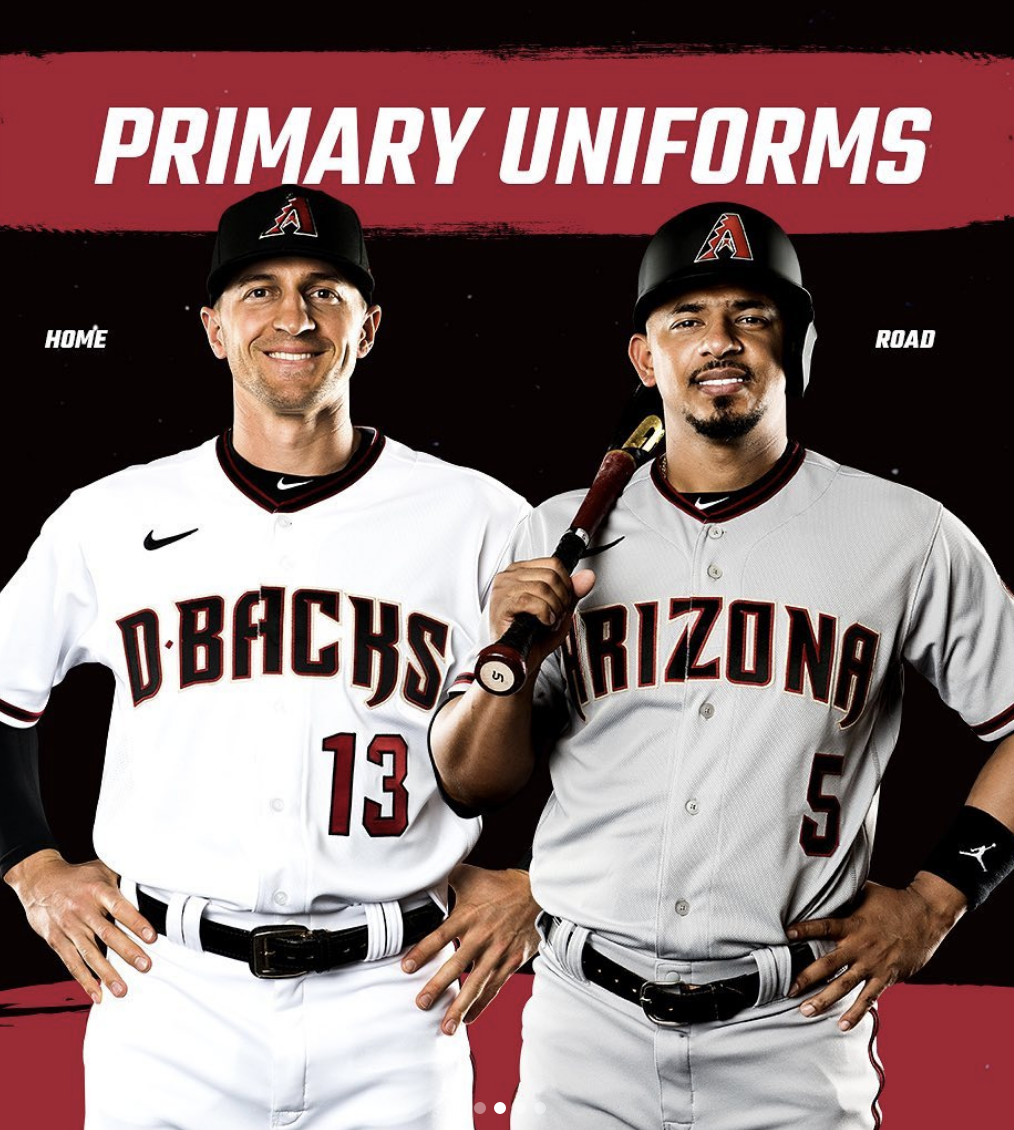 The Arizona Diamondbacks have announced their uniforms for the 2020 season, and the result will be a pleasant relief for fans of a more classic look.

“A refreshed look for the start of a new decade,” the team called it on social media, debuting a set of six uniforms that walk away from the futuristic characteristics the Diamondbacks have rocked since 2016.

Nick Ahmed modeled the home kit, which has the red gradient removed from both the jersey and the cap. What’s left is a traditional white jersey, with black “D-BACKS” lettering and red numbers. The away version, shown off by Eduardo Escobar, ditches the dark-gray base for a standard light gray — again, moving away from their loud and standout-ish aesthetic of recent seasons.

The club hasn’t totally done away with creative uniforms, though. There remains a teal-accented home alternate, a Sedona red option and a black jersey adorned by the “A” logo. Additionally, there’s a new, black-teal-and-red “LOS D-BACKS” jersey, debuted by Ketel Marte. All of these can be complemented by a “snake”-logo alternate cap. New for all the teams next season will be a small Nike logo on the players’ right shoulders.

MLB.com reports that there are no purple-and-teal throwback games planned for 2020.

The Dbacks’ “Throwback Thursday” jerseys from years past — featuring the “A” logo — are an homage to their 2001 World Series championship. But they actually weren’t part of the team’s original uniform. The team’s first home jerseys, in 1998, had “DIAMONDBACKS” written across the chest in teal, purple and white.

The “A” logo made the home shirt in 2001, along with the black sleeves on the away set. The switch to Sedona red came in 2007, and 2016 marked the beginning of the out-there #DbacksEvolution era.

The 2020 uniforms have been well received so far, but how they’re really viewed in the scheme of franchise history will hinge on how the team plays in them.