Developer and community tangle over proposed rezoning near the Phoenix Sonoran Preserve.

Everything seems partisan these days – except the opposition to developer Taylor Morrison’s Verdin project, a proposed 1,400-home subdivision on 480 acres in the Sonoran Preserve in north Phoenix. The Save Our Sonoran Preserve group wears the color purple to Desert View Village Planning Committee meetings to highlight the many individuals who care about the area of the proposed development. “Purple is the color you get when you mix the political, literal red and blue,” Gary Kirkilas, co-founder of SOS-P, says. “We are strictly non-partisan and are a diverse group coming together to advocate for our beloved preserve.”

Kirkilas says SOS-P is not wholly against the development, which was initially called MacEwen 480, but wants the developer to respect the existing “Desert Character Overlay” zoning laws that were written specifically for the preserve. The overlay calls for low-density development to maintain the area’s rural ambiance. “That way, people enjoying the perimeters of the preserve wouldn’t see a wall of homes,” Kirkilas says.

The outcome will set a precedent, since it is the first subdivision to abut the preserve. “Whatever happens here will be replicated 10-20 times by future developments,” Kirkilas says.

Taylor Morrison spokespeople maintain that the development will have 450 fewer units than the number allowed in the city’s general plan, and that they are in partnership with the National Wildlife Federation. “Moderating the density has provided an opportunity for Taylor Morrison to heighten emphasis on habitat preservation, open space and public trail corridors with the goal to create a new model for a desert-sensitive master-planned community,” says Alice Giedraitis, the company’s director of corporate communications.

The project is currently on hold as the city of Phoenix is waiting on a resubmittal and general plan amendment before scheduling public hearings, according to Angie Holdsworth of the city’s Planning & Development department. 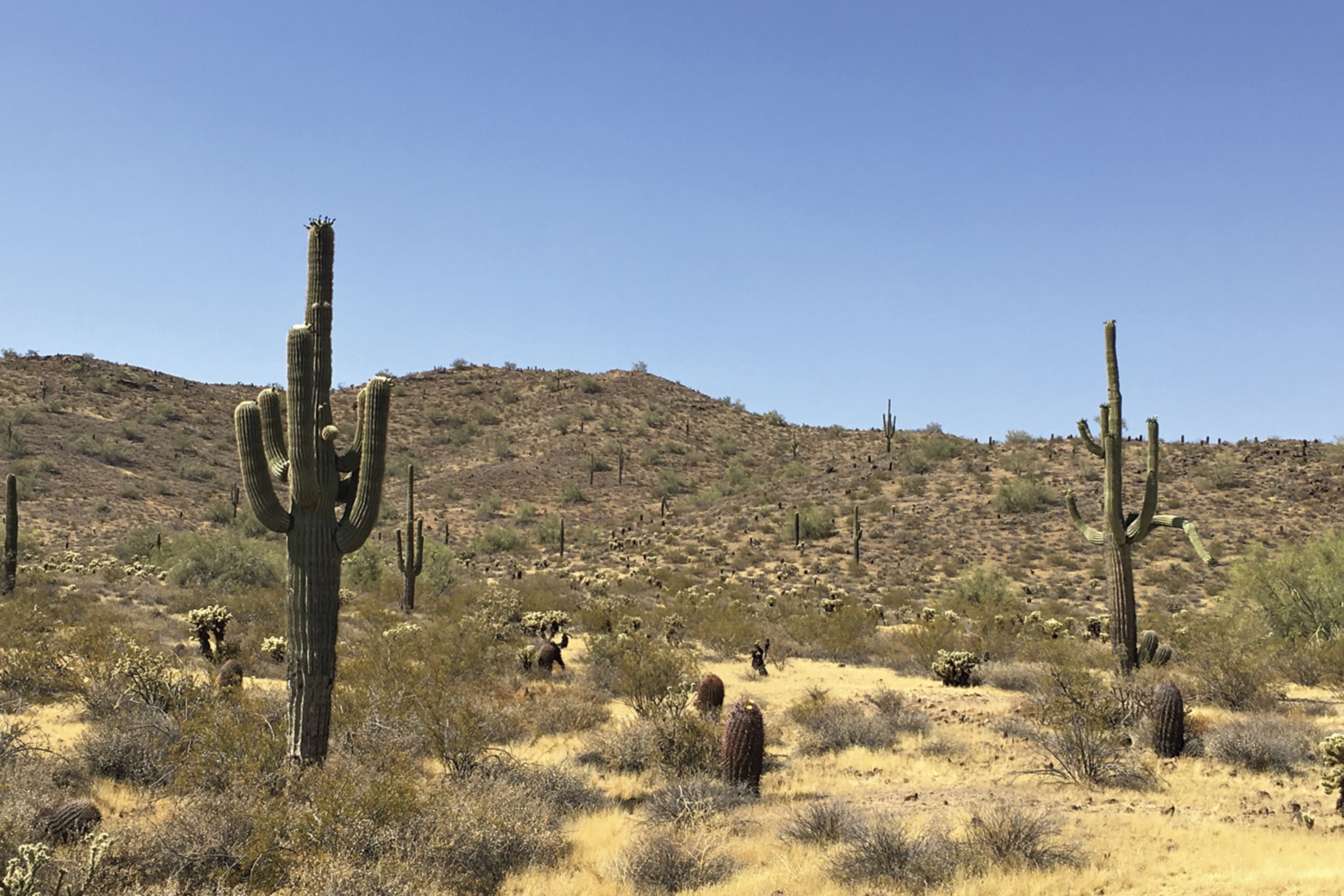 Photo courtesy Save Our Sonoran Preserve