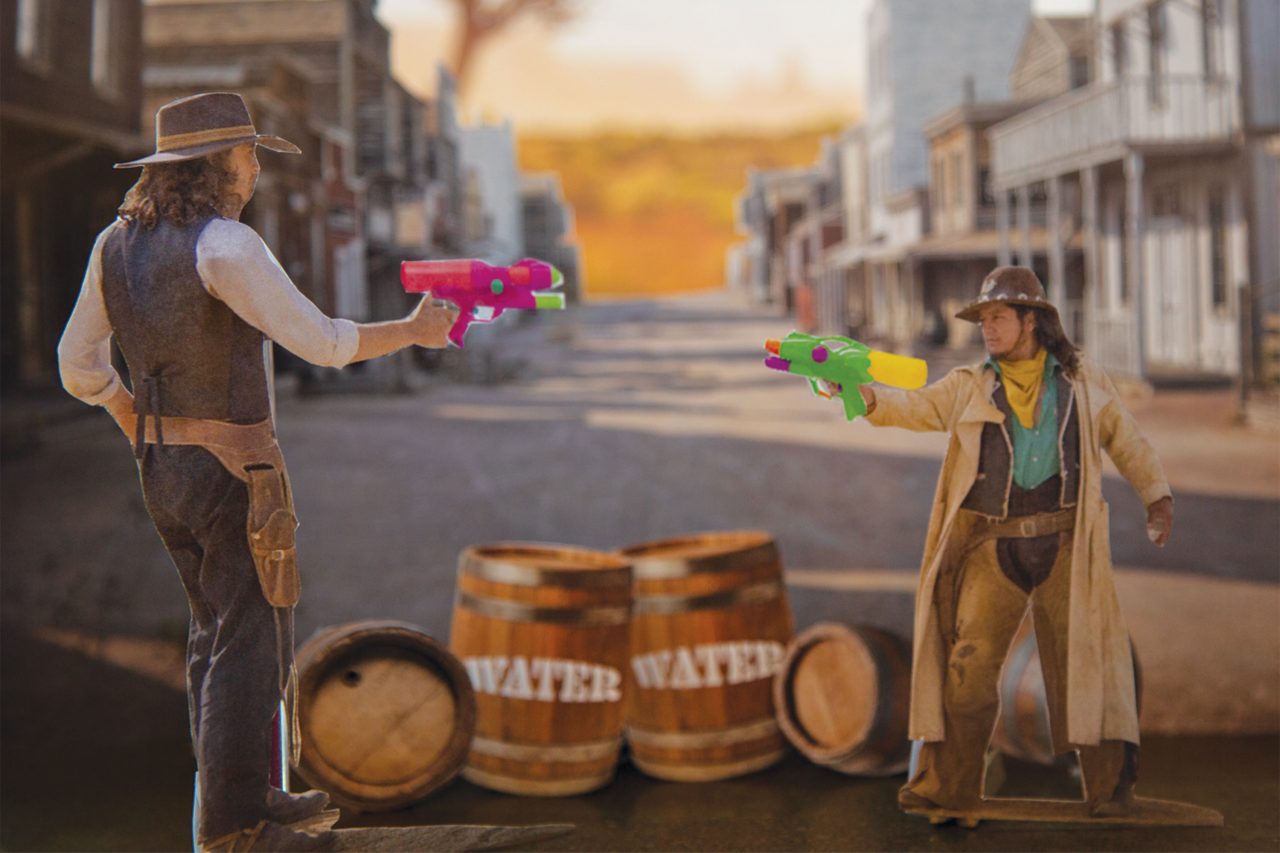 Carefree and Cave Creek are wrangling over water customers

Hookups aren’t just popular with some tipsy bar patrons at last call – water companies crave these connections, too. Each water-service hookup helps the economy of scale that allows a water company to operate more efficiently. This fact is at the root of a Wild West water pistol shootout between the insular, far-north Valley towns of Carefree and Cave Creek, where more than 500 customer connections are at stake.

The affected customers live within Carefree but are served by Cave Creek’s water system. This anomaly occurred when Cave Creek took over, by condemnation, a private water system that also served some Carefree residents in 2005.

Carefree could have halted the utility takeover, since about 20 percent of its residents were impacted. Instead, the communities executed an intergovernmental agreement outlining Carefree’s right to provide water service to its residents at a future date through condemnation, followed by a 120-day negotiating period to determine the value of the system.

Carefree initiated the process of integrating these residents into its system in early 2019, but Cave Creek refused to discuss the subject. “They used delay tactics hoping we would just go away,” Gary Neiss, Carefree town administrator, says. “We have agitated [Carefree] residents on the Cave Creek system that want out. It’s critical to our community for safety and economic reasons.”

A sticking point between these otherwise friendly neighbors may be determining what the affected system is worth. “The agreement allows Carefree to purchase the right to serve customers within its town limits for fair market value, plus reimbursing Cave Creek for the substantial investment the town has made in improving the water system,” Cave Creek mayor Ernie Bunch says. “Carefree should drop this expensive endeavor, which will cost its residents millions of dollars without any difference in water service for its residents.”

“It’s sad to us; no one wants to get into conflict with their neighbors,” Neiss says.