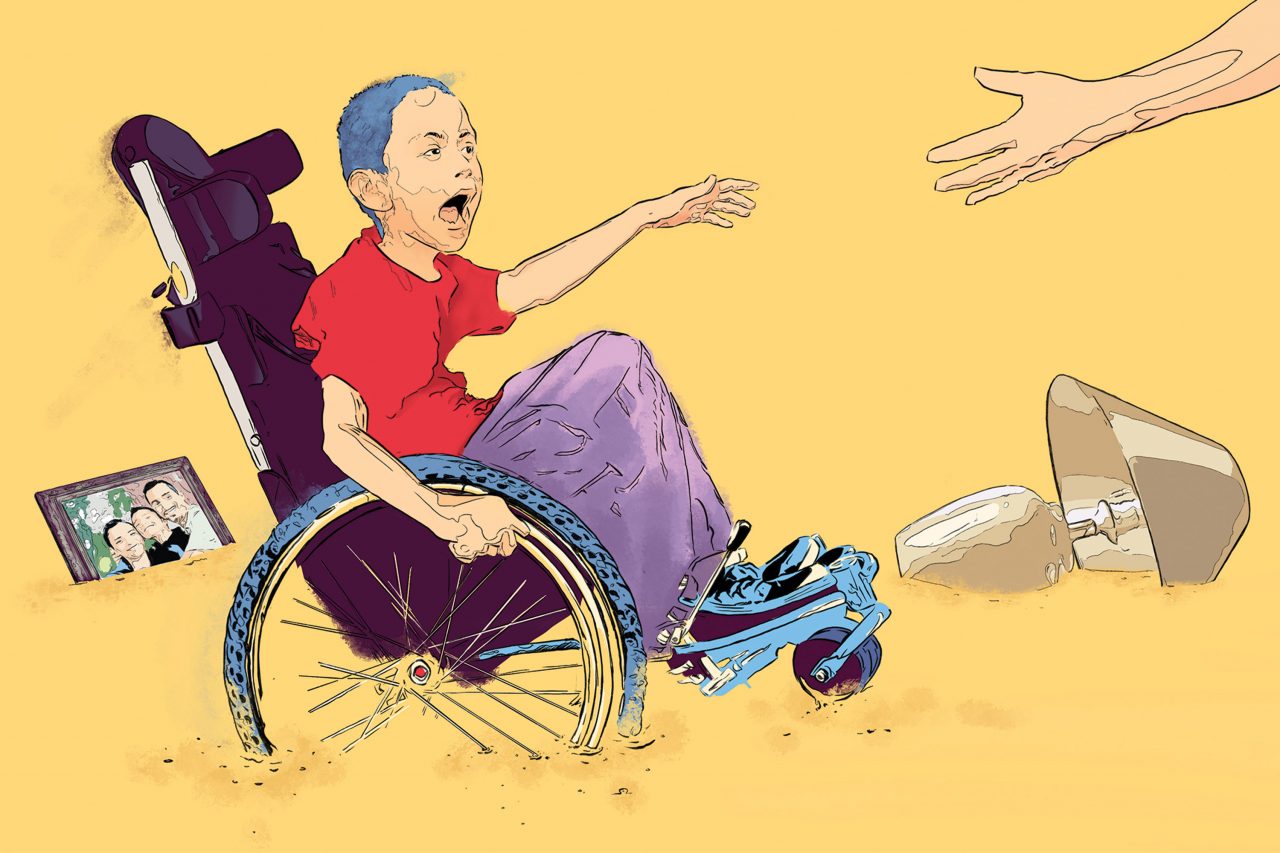 The Hacienda HealthCare tragedy underscores the need for home-care options for people with disabilities – but in Arizona, resources are sorely lacking.

Micah Fuse is 16 years old, but his mother’s eyes still fill with tears when she recalls the day he was born.

Her pregnancy had been unremarkable. Son Yong Pak and her husband, Montye Fuse, already had a healthy toddler girl. But two weeks before she was due to deliver her second child, Pak woke up feeling like something was wrong.

She was right. Micah’s umbilical cord was being squashed, depriving him of oxygen. Pak was rushed to the hospital, where the baby was delivered by emergency C-section. Later she learned that the staff had expected to deliver a stillborn baby. But Micah wasn’t stillborn. He was alive – barely.

A nurse brought the baby to Pak, unsure whether to tell his mother to say hello or goodbye.

The baby’s health continued to hang in the balance, but his parents wanted to be with him – so after two weeks, they brought Micah home. He was in hospice for several months. “He didn’t die,” Pak says. “He kept on getting better and better.”

Today, Micah still lives at home – an airy, modest brick house in Tempe that he shares with his parents and younger brother. (His sister is away at college.) He attends a nearby high school, but he cannot walk. He receives nourishment through a feeding tube. He communicates with adaptive technology and a few signs. “He understands the world, but he can’t talk,” Pak says.

On the day I visited, Micah was undergoing a breathing treatment so loud it rattled the house. The young man sat calmly in the family room, his ankles encased in supportive plastic braces. Pak and I sat outside on a patio filled with cacti and geraniums, and talked about what life has been like these past 16 years. Her husband was inside, tending to Micah.

Not so long ago, it would have been unheard of for a kid like Micah to live at home with his family. Instead, he would have been sent to live at a facility like Hacienda HealthCare in Phoenix, which made headlines earlier this year after a young woman with significant intellectual and physical disabilities gave birth to a baby boy on New Year’s Eve. A nurse who worked at Hacienda was subsequently arrested and charged with sexual assault, and a lot has been written about the lack of oversight at such institutions.

But not much has been said about the challenges faced by families who choose to keep a loved one with intellectual disabilities at home. According to the Arizona Council on Developmental Disabilities, there are 130,000 or so people in that category in Arizona, and almost 90 percent live at home.

Pak says the services offered in Arizona to families who care at home for loved ones – particularly those who are medically fragile – are sorely lacking. “To me, you cannot say we’re great because individuals are living at home,” she says. “That in itself should not be the headline.”

Frankly, the headline should be the fact that AHCCCS – Arizona Health Care Cost Containment System, the agency that manages our state and federally funded health care program – has been documenting serious concerns about the state’s Division of Developmental Disabilities for a while now, from thousands of complaints regarding care that have gone uninvestigated to a serious lack of in-home nursing care. In a document filed this spring, DDD promised to report weekly to AHCCCS on progress related to the concerns.

Pak’s professional background is in health care management, and even she is often at a loss for what to do next in figuring out care for her son. In fact, she says, dealing with “the system” has been much more difficult than dealing with any of Micah’s illnesses.

And there have been a lot of illnesses, particularly recently.

In the last year or so, Micah was diagnosed with Valley fever, strep and the flu. In letters to the state, Pak challenged a decision to cut Micah’s nursing care from 40 hours a week to zero at a time when he was soiling his sheets multiple times during the night. He was also vomiting – a condition that’s life-threatening for a person with significant respiratory challenges.

In an 11-page letter sent in April 2018, Pak detailed concerns that include everything from pharmacy reimbursements to difficulty securing a wheelchair for her son. Even when Micah does receive nursing hours (the state brought back the 40 hours per week in December) that’s no guarantee that there will be a nurse available – or one willing to work with him.

Pak says she would never consider a different living arrangement. Several years ago, when she was having trouble finding care for Micah, a caseworker offered to send the boy to Hacienda for the weekend to give his family a break.

Pak agreed to take a tour of the facility. She says it felt like a jail. “I ended up in tears,” she says. “I apologized and said, ‘I can’t finish the tour. This is not a good place for my son.’ And I walked away.”