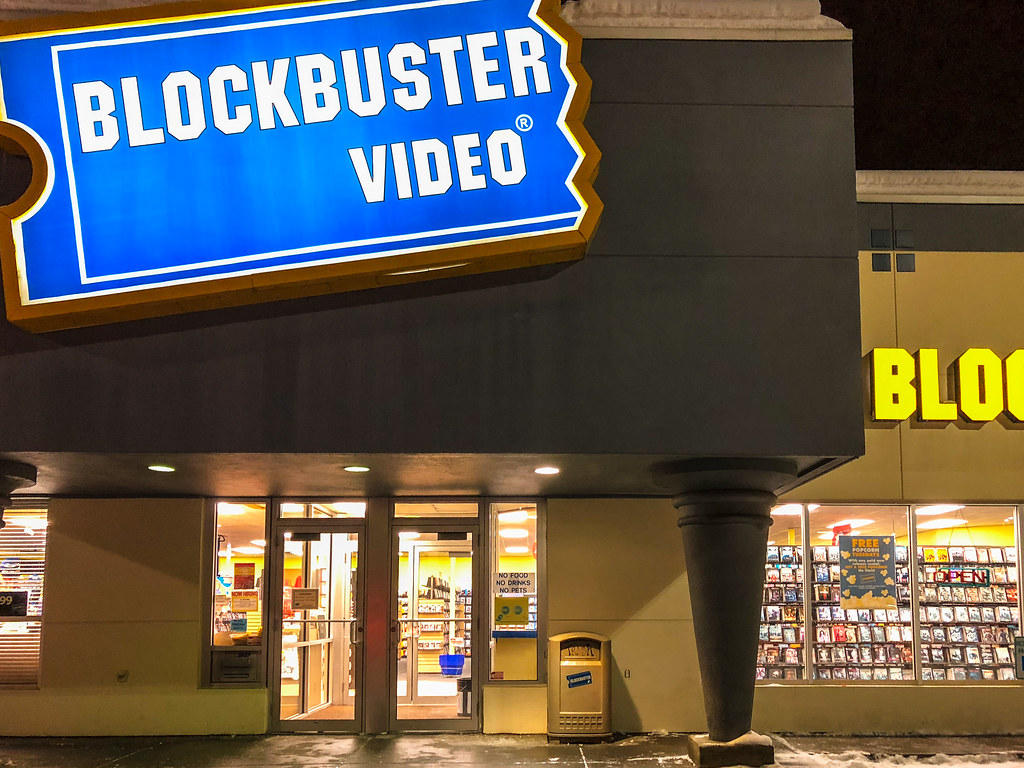 I can remember most of the movies I rented from my local Blockbuster Video in Glendale. When I was a small child, the big one was a Spy Kids VHS, which I watched every morning of the rental period, causing my parents to worry I would ruin the tape. A few years later, on DVD, I got DodgeBall: A True Underdog Story. By the time I was a teenager, Blockbuster was going out of fashion, and Netflix was on its way in. One night, when a friend’s mom was resistant to driving us to the video rental store and suggested Netflix instead, the friend retorted: “It’s the principle!” Going to that store was an event, and streaming wasn’t the same. After much begging, we rented Johnny English Reborn. That was my last time visiting that store before it closed and became a Pet Club.

I popped into that location yesterday, curious to see what was within those walls now. The first thing that hit me was the overwhelming odor of dog food and rubber chew toys. Primal Freeze-Dried Nuggets: Turkey & Sardine Formula. Stella & Chewy’s Meal Mixers: Tantalizing Turkey. Treat Dispensing Pickle Pockets. Fake sticks “MADE WITH REAL WOOD!” (maple-bacon flavored). A whole assortment of canned foods that I wouldn’t even examine, for fear of vomiting all over the now-linoleum floor. The current store felt, more than anything, ordinary—not special, not a place you’d plead to be driven to on a Friday night.

Here are some other current tenants at addresses of former Blockbuster locations around the Valley:

Instead of purchasing popcorn and M&M’s here, you can work off the Postmates you’ll inevitably eat while watching Netflix later.

You can’t rent movies here anymore, but they can help you if you break your hand punching a wall after the Game of Thrones finale.

With the wide array of waxing services offered here, you can feel your best while lying in bed watching Barry.

The magic of Blockbuster may never be back in the Valley, but you can’t always get what you want. Sometimes you get pet food.