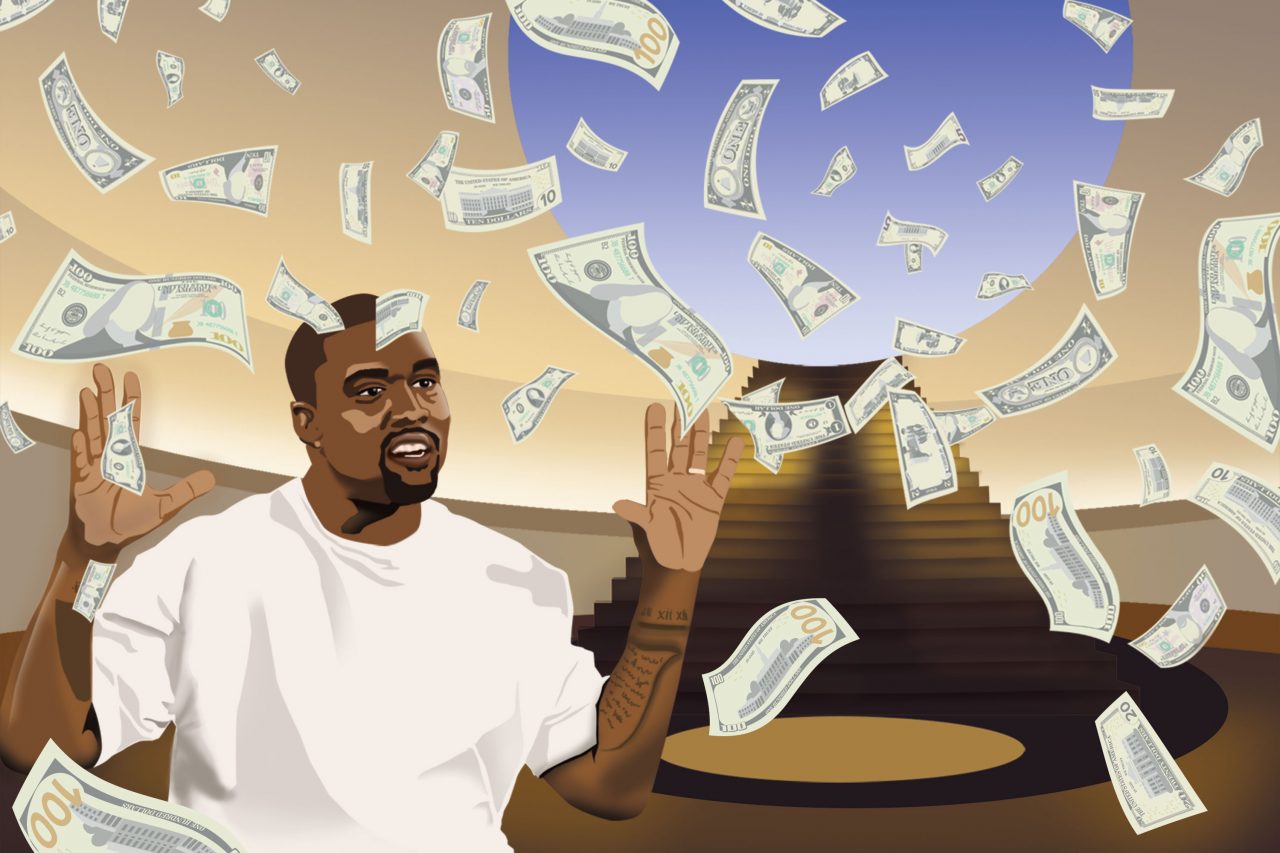 In the 1970s, artist James Turrell was flying his plane over Arizona, searching for a place to create his magnum opus. Suddenly, he saw Roden Crater – a lone auburn cinder cone poking up from the Painted Desert northeast of Flagstaff. The dormant volcano was redolent of prehistoric, mound-shaped observatories like Ireland’s Newgrange and Scotland’s Maeshowe. It was perfect for his vision. In 1977, Turrell persuaded the owner of the surrounding ranch to sell the land. Ever since, he’s been excavating, installing and mathematically calibrating his perception-bending masterpiece.

Roden Crater is perhaps the most anticipated artwork on the planet. Kanye West is so anxious to see its completion, he recently donated $10 million to Turrell’s foundation. Arizona State University president Michael Crow was so captivated with the site that, in January, ASU announced an unprecedented partnership that aims to raise at least $200 million for the installation, infrastructure and preservation efforts.

What is this mysterious creation? It is a naked-eye observatory, in the spirit of India’s Jantar Mantar and the inventions of 16th-century Danish astronomer Tycho Brahe. It is a monumental camera obscura that captures images of the sunset and flings them onto the walls. It is a warren of tunnels, apertures and psychedelic illusions. It is an immersive portal to the contemplation of light, time and the cosmos. As Turrell puts it, “In this stage set of geologic time, I wanted to make spaces that engage celestial events in light so that the spaces perform a ‘music of the spheres’ in light.”

Currently, the site can be seen only by invitation. It probably won’t be completed for another few years. Meanwhile, as part of the partnership, ASU students taking Roden-themed classes like Volcanic Arts and Sciences or Indigenous Stories and Sky Science will visit the crater and create inspired artworks that will be displayed in the Valley.

“Air Apparent”
A rectangle hovers over a semitransparent room at Arizona State University in Tempe, glowing purple, orange, blue and green to mimic the colors of the sky.

“Knight Rise”
Best seen at sunset, this room in the Scottsdale Museum of Contemporary Art has an elliptical opening designed to make the sky appear as if it is descending.