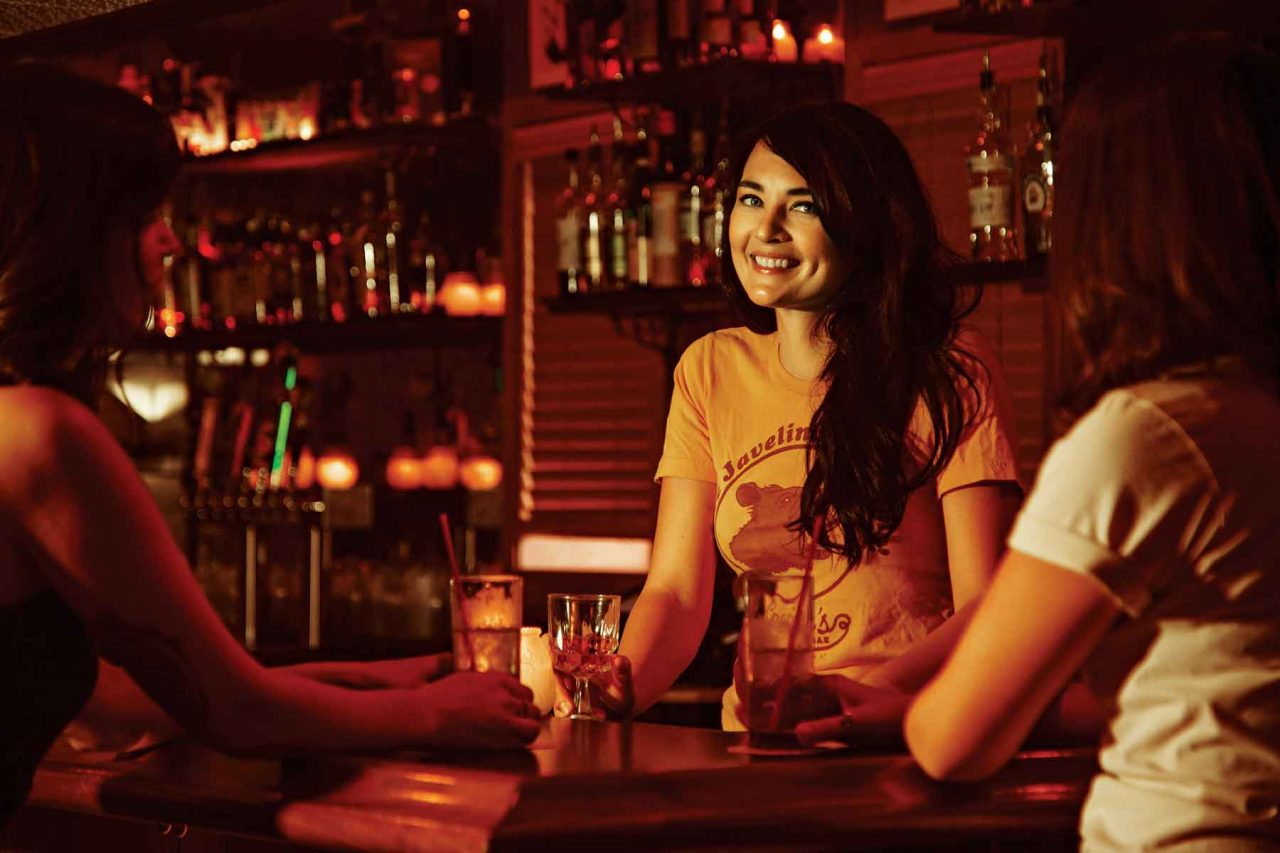 The jukebox heroine shares the story behind her Phoenix-famous bar.

Grace Perry is the Phoenix equivalent of Leslie Knope, the eternally optimistic hero of the gone but never forgotten NBC sitcom Parks and Recreation. Like Knope, the 33-year-old business owner is a tenacious and community-minded leader. Also Knope-like, she presides over a colorful supporting cast at Gracie’s Tax Bar, the instantly popular neo-dive she and her husband opened last year on Seventh Avenue. Mentored by Genuine Concepts’ founder Tucker Woodbury and local music promoter Charlie Levy (they’re also investors), Perry – who formerly fronted the Valley death metal band Landmine Marathon – saw the Downtown watering hole, housed in a former accountant’s office, as more than just a cool place to grab a cold one. It’s a quirky, intimate establishment where patrons can sit under a stuffed javelina with a cold brew and some fried goods as a personally curated jukebox plays everything from the ’80s synth-pop of Orchestral Manoeuvres in the Dark to the funk stylings of James Brown.

Did you expect Gracie’s Tax Bar to catch on as much as it has?

No. [laughs] It’s funny because when we were opening we thought we’d be happy if there were 10 people in here. The bar is set up as a simple operation. You don’t need a lot of staff. There isn’t a lot of overhead. I always hesitate to call it a “dive bar” because I feel like it is a neighborhood bar. It just exploded. It was something I wanted to do because Phoenix needed it and I wanted a bar like this.

Being a nerd doesn’t have the same stigma it once did, but looking around at all the books and board games on the shelf, this is a place where one can let their geek flag fly. Did you want to create a haven for those who don’t quite belong?

I did, because that is my personal life. I got engaged playing a Dungeons & Dragons game. I own a Star Trek uniform. I wanted a place that did not feel pretentious.

With some of the musical selections in the jukebox and the bar’s retro-looking website, there is a strong mid-’90s vibe. What do you find appealing about that moment in time?

That is when I first discovered music. I was listening to Green Day. I made my first band’s website on [Yahoo!] GeoCities and I thought, “I kind of want to do that again!” It’s funny because my brother actually owns a design firm, so he could make a nice website for me at the drop of a hat. I said, “No, I want it like a GeoCities website.”

Why is it important to you to curate the jukebox?

I’m not going to take complete ownership of the jukebox because Charlie also has influence over it. We split it down the middle. His music knowledge is more than mine could ever be in 10 lifetimes. He has such good taste. I’m into the ’90s stuff and he’s into obscure blues albums. I get introduced to more music that way, and so do the guests. I want it to be ever-changing. Hearing the same songs over and over again can make your brain bleed.

Rumor has it you want to run for city council someday.

I do, but it’s a long way away. I care about Phoenix a lot. I want this to be the best city it can be. I studied public policy, so local government has always interested me. I want to be the nerd who builds a new dog park and gets excited about it.