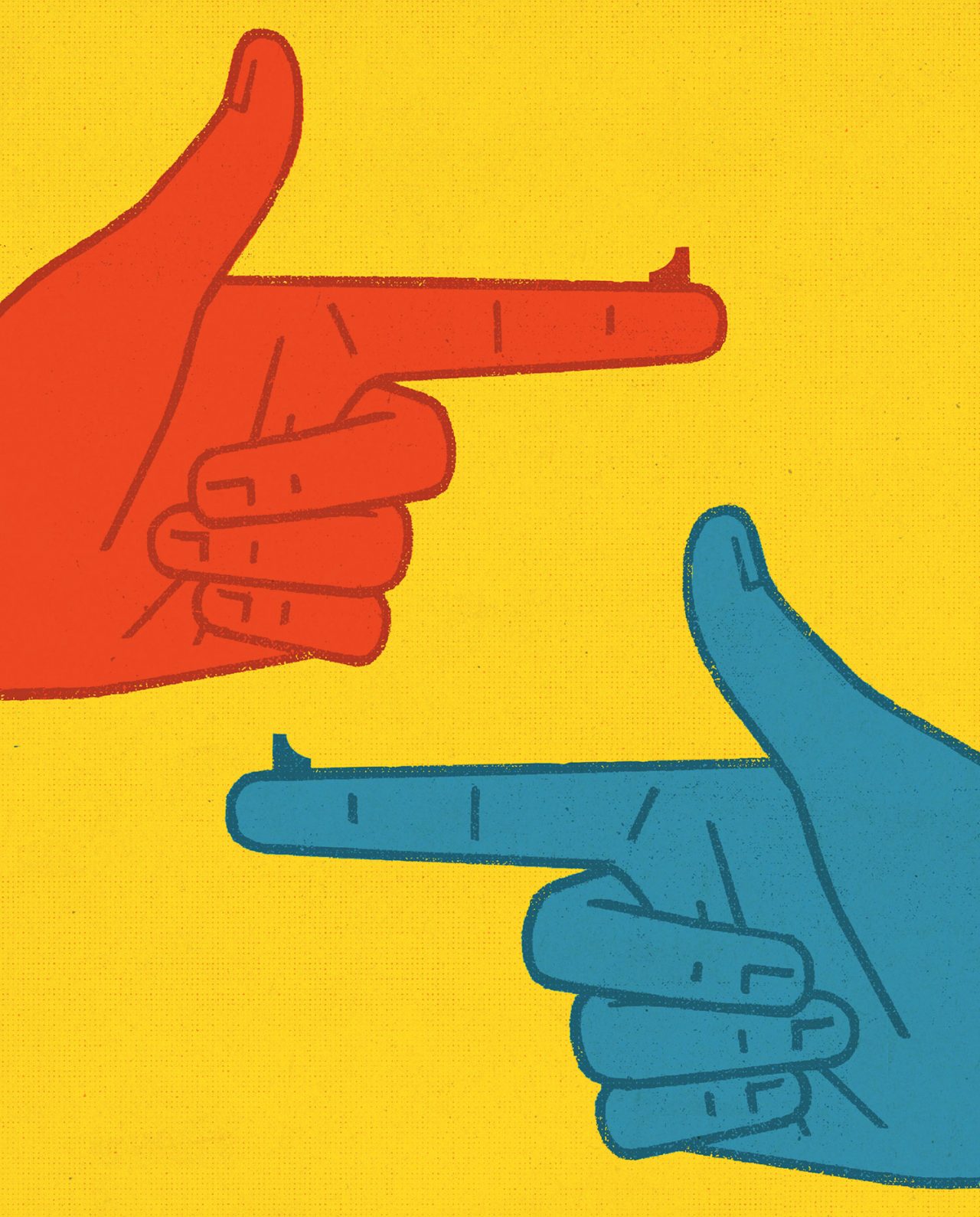 Phoenix now lead the nation in officer-involved shootings, uniting both activists and officers in concern. But the two sides remain dangerously divided on who’s to blame for the surge.

The Phoenix Police Department is the “deadliest in the country,” according to local criminal justice advocacy group Justice That Works. By late October, as this issue went to press, Phoenix PD officers had pulled the trigger in 38 shootings this year, killing their targets in 19 instances. That makes 2018 by far the most violent on record for Phoenix, breaking the previous high of 31 in 2013, and even surpassing the number of officer-involved shootings this year in Los Angeles (29) and Chicago (14) – both much larger cities with higher violent crime rates.

It’s a statistic that concerns many – including Phoenix Police Chief Jeri Williams, who earlier this year authorized a $149,000 independent study to examine what’s driving the surge in officer-involved shootings, or OIS. The study, due to be completed by January, is being conducted by the Washington, D.C.-based nonpartisan National Police Foundation with help from researchers at Arizona State University’s College of Public Service and Community Solutions.

“I’m not afraid of the truth, which is why I’m sitting here, asking a third party to come in,” said Williams before a packed Phoenix City Council meeting held this past June to field community reactions to the announced study. “Which is why I’m listening to our community members express their frustration. Law enforcement is frustrated, too.”

Police departments have plenty of reasons to want to keep OIS levels low, besides the obvious desire to minimize fatalities. Families of individuals shot and killed by the police often file wrongful death civil suits against the department, although such cases are notoriously difficult for citizens to win (in a recent five-year study, 58 percent of such cases brought against the Phoenix PD received no payout). Shootings also take mental and physical tolls on the officers, resulting in many leaving the force: A study in the early 1980s, when violent crime in the U.S. reached an all-time high, estimated that 95 percent of officers involved in a line-­of-duty shooting left police work within five years. (PTSD counseling programs have since reduced the resignation rate.)

But if Williams expected kudos for transparency at the meeting, she instead got an earful of frustrated reactions, not only to the current epidemic of police shootings but also to the department’s decision to spend taxpayer dollars looking into it. Objections came from both activists and the Phoenix Law Enforcement Association (PLEA), the union representing local officers. Each side agrees that the rise in OIS is cause for alarm, but they clash on who’s to blame – and neither side believes more study is needed to underscore their unwavering positions.

“There’s no one more concerned about this increase in the number of shootings than the rank-and-file men and women [who are] out there patrolling the streets every day, because they’re the ones who have the most skin in the game,” says PLEA president Ken Crane. He cites department records for the first five months of 2018, when 125 Phoenix police officers reported being injured in assaults, up 45 percent from the same period last year (although only a canine officer was killed). “But our position is that this study is unneeded. Each shooting incident is already investigated ad nauseam, and we can already explain why this increase is happening. It’s happening because there’s increasing violence in the communities that we serve. And the police are largely reactionary.”

Hump-Day Blues?
Curiously, Wednesday is the most common day of the week for OIS in Phoenix.

To the justice advocacy groups like Justice That Works, Puente and the Arizona chapters of Black Lives Matter and the American Civil Liberties Union, it’s that narrative – that the police are merely responding in kind to an increasingly confrontational public – that infuriates most. Williams stoked it herself at the meeting, citing department data stating that one out of every 10 assaults on Phoenix police in the first five months of 2018 involved a suspect armed with a gun, and then asking, “Is it mental health issues? Is it alcohol? Is it substance abuse? We don’t have those answers to the questions. So, we’re really looking forward to getting that information.”

“She talked about how we need to look into this increase of ‘citizen violence’ as a possible explanation for police violence, which is offensive,” says Heather Hamel, Justice That Works director. “Phoenix PD is responding with violence way more than police officers in even larger cities more synonymous with high crime rates, like New York City, L.A. and Chicago. The numbers alone demonstrate that it’s a systemic issue.”

Data reported by The Arizona Republic earlier this year backs her up. Philadelphia and San Antonio have population sizes similar to Phoenix (each just a little more than 1.5 million), but for the first six months of 2018, Philadelphia saw just four shootings by police officers, while San Antonio experienced eight. Even the NYPD, covering a population more than five times the size of Phoenix’s, racked up only eight police-involved shootings from January to early August.

As for the claim that citizen violence is on the rise here, Phoenix has seen an increase in homicides lately – 146 in 2016, and 161 in 2017 – but those figures followed a two-decade decline in murders. And even the 25 percent jump in homicides in 2016 falls proportionally below the increase in police-involved shootings.

According to PLEA, three Valley law enforcement officers had been shot by suspects in 2018, as this issue went to press.

Justice That Works’ co-director, Lola N’sangou, a longtime resident of South Phoenix, where a disproportionate number of OIS have occurred, contends the money funding the study would be better spent retraining the police force. 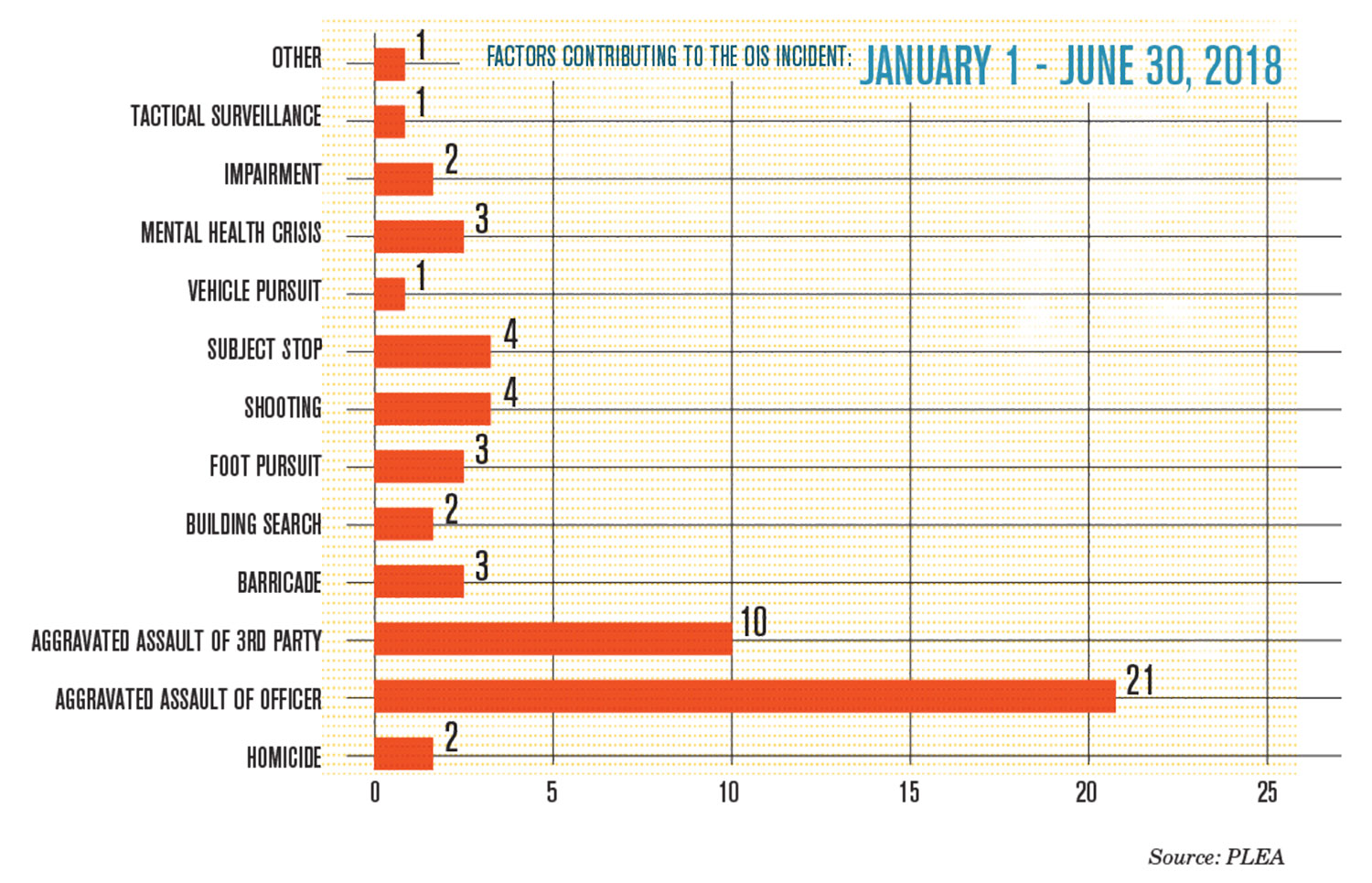 “Training officers to de-escalate, and creating other routine ways of handling crises, is what’s needed,” she says. “If the most frequent response that police have to trouble in our communities is violence, that’s a problem.”

He believes the money being spent on the study would be better utilized educating the public on how to deal with the police. “I tell people if you’re contacted by the police, there is one simple buzzword that will usually make everything turn out OK. It’s called compliance.” Studies have shown that resisting arrest is indeed the most reliable statistical predictor of police shootings, and in the Phoenix PD’s midyear report for 2018, 82 percent of the subjects who were shot first confronted officers with real or replicated firearms. “Although Phoenix has experienced a higher than normal rate of officer-involved shootings this year, all of them have been determined to be justifiable uses of force by the Maricopa County Attorney’s office,” Crane says. “Thus far, those that have been reviewed internally have also come back ‘in policy.’”

But Viri Hernandez, director of Poder in Action, a Maryvale-based nonprofit representing the rights of minority communities, insists her community is already compliant by nature.

“The majority of the incidents – 25 of them, I believe – happened in districts 4, 5, 7 and 8, which are, just by demographics, majority people of color,” she says. These figures are backed up in the map of OIS incident locations provided by the Phoenix PD’s midyear report. “And the culture of our community is one of being afraid of police. We know that things don’t end well for us if we don’t comply.”

For N’sangou, there’s one buzzword she’d like to hear from the Phoenix PD. “Not once have I seen the police force address these shootings in 2018 with the words, ‘We’re sorry,’” she says. “The accountability is just not there. And that’s the real problem.”

Of course, a “sorry” would represent an admission of guilt for the Phoenix PD, and that’s not likely to happen, especially if law enforcement officers believe they’re following the procedures of their training. “There are two investigations that run concurrently after an officer-involved shooting occurs: the criminal and the administrative,” Crane says. “In the vast majority of shootings, officers are not criminally charged.”

Crane says the last internal review of the Phoenix PD’s tactics came after the ACLU charged Phoenix police of wrongfully using tear gas and pepper bullets against anti-President Donald Trump protesters at the August 2017 rally held by the president at Phoenix Convention Center. But Crane says that review – which was also opposed by both activists and the police union as unnecessary – gave the city’s police department a gold star.

“We have been told that the U.S. State Department uses video clips of the Phoenix Trump rally in training crowd control techniques,” Crane says, referring to the video, widely shared on social media.

“In other words, this is how you do it right.”

OIS By the Numbers
Visualizing the Valley’s rash of officer-involved shootings (OIS). 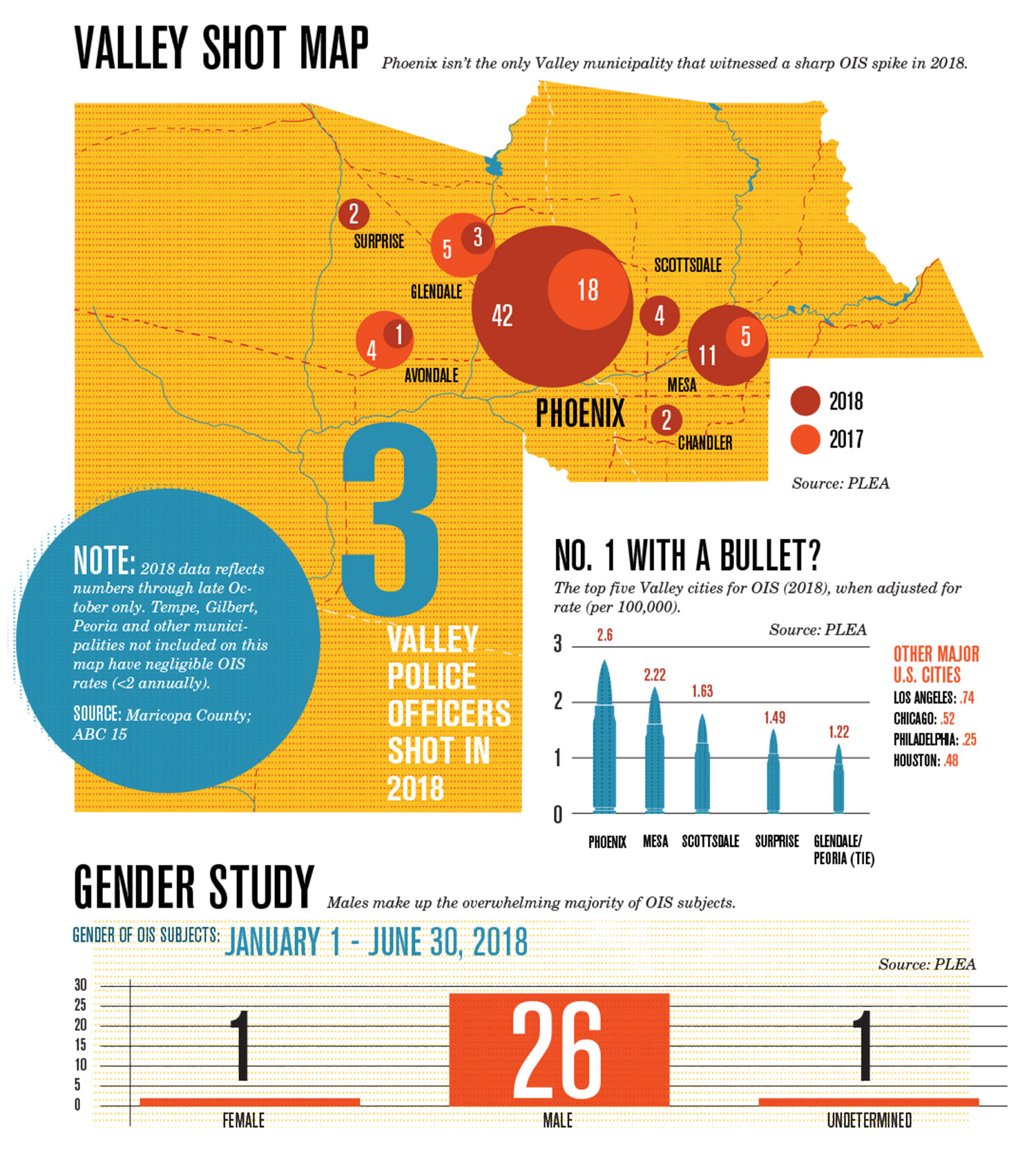