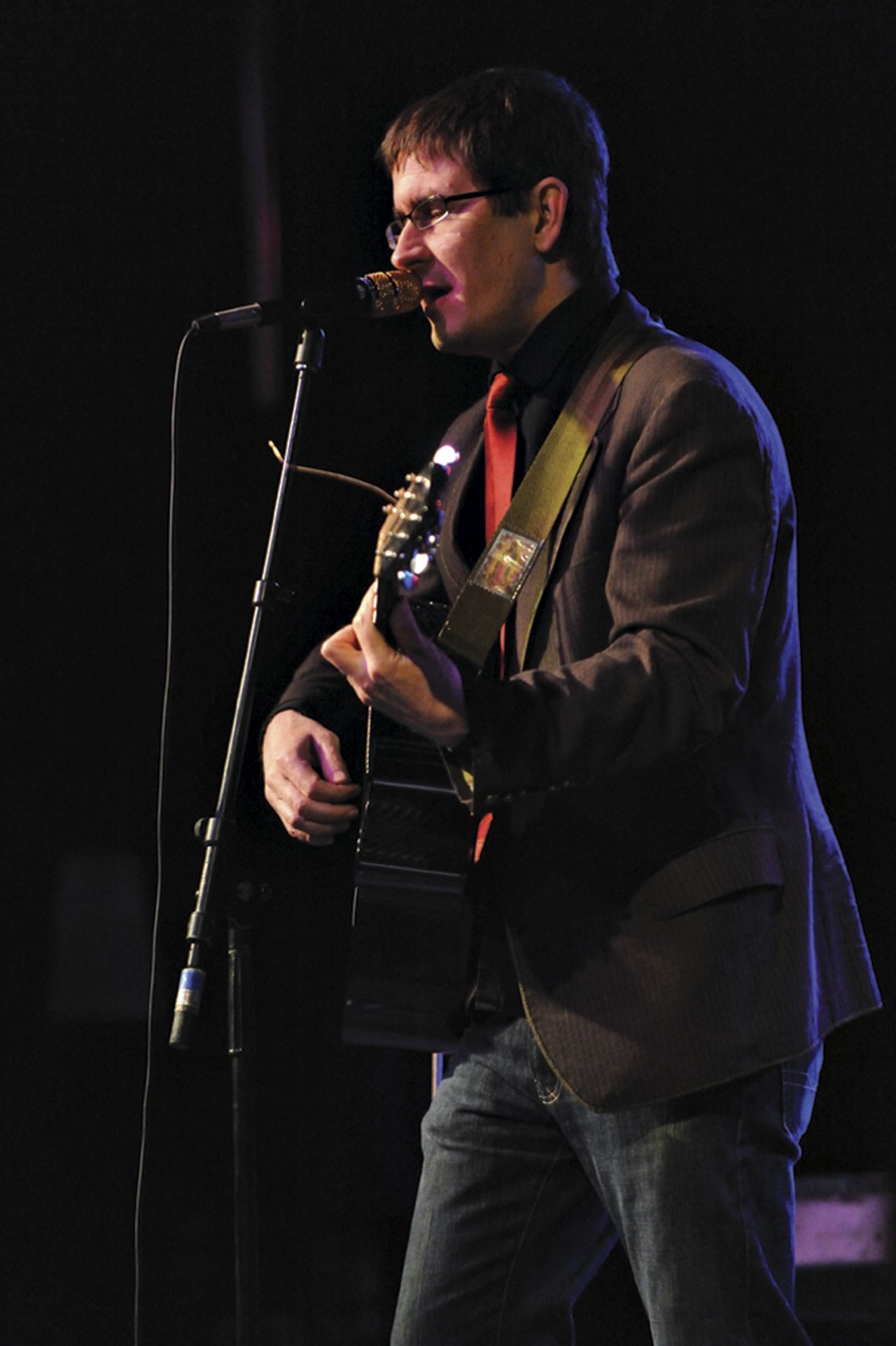 “There are only two stories: either you go forward or you die,” writes John Darnielle in his 2015 novel Wolf in White Van. But while there may only be two stories, Darnielle knows how to tell them in more than one way. Since 1991, he has helmed the North Carolina-based folk band The Mountain Goats, penning hyper-literate songs about outsiders – metalheads, wrestlers and doomed soul singers. He brings these characters to life in novels, as well. In 2017, he followed his debut Wolf with the horror-tinged Universal Harvester. For Darnielle, who appears with The Mountain Goats on Tuesday, September 11 at Crescent Ballroom, the line between music and the page is a porous one. Here, five more writers who are as at home with a word processor as they are onstage.

Nick Cave
Gothic themes run through Cave’s work with his long-running band The Bad Seeds. But his fiction veers more toward black comedy. His 1989 novel And the Ass Saw the Angel borrows its title from a Bible story, but 2009’s darkly funny The Death of Bunny Munro sticks to seedier territory.

Gucci Mane
In 2014, Southern rapper Gucci Mane was sentenced to a stint in federal prison. But the time behind bars kicked off a fruitful period for Mane. When he emerged two years later, he had an autobiography, The Autobiography of Gucci Mane (written with author Neil Martinez-Belkin) in tow, in addition to new music.

Patti Smith
Punk poet Patti Smith’s songs rage, and her books – including numerous poetry collections like the beautiful Seventh Heaven, Babel and Auguries of Innocence; the creative manifesto Devotion; and the award-winning memoirs Just Kids and M Train – are just as electrifying as the roar of an electric guitar.

Stephen King
When not hunched over a typewriter, horror legend Stephen King plays guitar with the Rock Bottom Remainders, a covers band featuring other writers such as Tuesdays with Morrie author Mitch Albom and The Simpsons creator Matt Groening.

Carrie Brownstein
As part of Sleater-Kinney, Carrie Brownstein proved herself a punk pioneer. But she’s a triple threat, creating and starring in the television series Portlandia and writing – covering music for NPR and penning the essential memoir Hunger Makes Me a Modern Girl in 2015.