“Yep,” I answered. “In fact it looks like you put some Monument Valley in your movie.”

He said he had. “Can I just tell you, we’ve been all over the world,” he smiled. “Our favorite family vacation is to Lake Powell. We love that place and go every summer!”

If we had chatted five years earlier, before my first Lake Powell trip, I wouldn’t have understood the appeal. But as I sat in a California hotel room that day in 2006 at the Cars press junket, Mater and Lightning McQueen took a backseat to stories of anchoring a houseboat, grilling burgers on the shore, and playing serious card games for hours after the sun went down.

I don’t have many regrets in life, but one of them is that it took me a few years to discover Lake Powell after moving to Arizona in 1996. Now, like Lasseter, it’s one of my favorite places in the world and something every Arizonan should experience and “do.” A Powerful Button
Lake Powell’s roots can be traced to the simple act of pushing a button. On October 20, 1956, President Dwight D. Eisenhower sat at his White House desk and remotely detonated a powder charge, authorizing construction of the Glen Canyon Dam. Seven years later, the government closed the two tunnels that had allowed the Colorado River to flow through, forcing the creation of the lake. Named after Major John Wesley Powell, who spent a lot of time exploring the area, Lake Powell is now America’s second-largest man-made reservoir.

The first time I saw it, I was convinced someone plopped a lake right into the middle of the Grand Canyon. I love flying over it. It looks like a series of gorgeous blue veins and arteries pumping life and energy into a sandstone body stained with shades of red, salmon and pink. My friend Sam Hallenbeck has a much more ethereal description: “It’s as if Dali dappled in deserts or languished in lakes and somehow used that bizarre brain of his to draw the two into a big, sloppy, wet and wholly wonderful union. The result would probably look something like this serpentine seascape in the canyons.” I think Sam should start writing.

Floating with the Big Dog
For my family, Lake Powell is a lesson in communal living, even if the commune is a floating RV. And these RVs can range from smaller, two-bedroom units to the Mack Daddy, wet-bar-on-top, big-screen-in-the-living-room floating palaces that you might see on a show called High End Houseboats. We’ve been houseboating on the lake now for years. Everyone has an assigned task, meals are pre-planned using charts and Costco runs, and there’s no gender bias when it comes to cooking, cleanup, and conquering the lake for just the right set-up spot. We’ve chaperoned groups of teenagers on the lake, sports enthusiasts from Hawaii, family members and countless friends. I won’t sugarcoat it. Renting a houseboat and camping on Lake Powell requires some work. We usually send out squatters (aka our teenagers and their friends) on jet skis to scout a good location with as much privacy as they can find. Of course, there’s the whole meal-planning “food, water and ice reconnaissance mission.” Then you need to help anchor the boat, which requires getting in the water, shoveling the silt and sand and sometimes creating a concrete-like substance with water and rocks around you. If there’s a monsoon or wind, you may have to repeat that process the next day. But the payoff is worth it, especially for the citiest of dwellers. The reward comes the next morning, when you grab a cup of coffee, head up to the top of the boat, look out at the ice-like glass blue lake water, stare at the light as it passes through the canyons, and watch 12 teenagers sprawled out in sleeping bags because they wanted to fall asleep under the stars.

A few years ago, I almost sent a personal thank-you card to Jerry Moyes, the trucking magnate who always saw the need for a high-end marina on the lake he loves. Moyes worked closely with the Navajos to build and open Antelope Point Marina, an authorized concessionaire of the National Park Service, Glen Canyon National Recreation Area and a leasee of the Navajo Nation.

I have to admit, after the marina opened, our trips to Powell got a lot easier. This time when we ran out of ice (by the way, always double the amount you plan initially), we could hop on the jet ski or speedboat and make the 20-minute run to the marina for more. Any issues figuring out the buoy markers resulted in a radio call to the Antelope Point guys who guided us back on track. Need a temporary barbed-wire tattoo to look cool on the water? Yep, Antelope Point Marina even had a henna tattoo artist on staff the day we were there!

I can’t quite picture Jerry knee-deep in sand and water trying to re-anchor his 75-foot luxury houseboat Big Dog after some wind, but Moyes is the first to admit, he is that guy. And that’s the beauty of Lake Powell: It can turn even the most pampered into a normal person, struggling to keep an eye on the kids while he readjusts the boat position trying to avoid getting sunburned in the process.

Where’s my Shirt?
On Lake Powell, you have to create your own fun. But the odds are stacked in your favor. Whether it’s tubing or jumping the wake on your board and attempting a full-on flip in the process, I’ve seen it all. When the sun goes down and you’re exhausted, the fun gets even more creative. We’ve spent nights braiding each other’s hair (yep, even the boys), roasting s’mores on the beach, fishing from the hot tub on top of the boat, playing board games, hosting impromptu dance and charade parties, all the while forgetting there’s really no good place for cell service and no XBOX 360.

Somewhere on the bottom of Lake Powell lies my favorite shirt (go figure, the only one with a small weight attached to the neckline) having blown off the speedboat during a wakeboard session. But the lake holds much more than my silk top; years of family memories and inside jokes and a few instances of “humble pie” after not digging the anchor deep enough, only to wake up the next morning and realize you’re about to become very good friends with the boat next door.

Despite all of our lake visits, the only close call we’ve had was when one of the kids’ friends was so busy looking around at the beautiful red slot canyons that he ran our rented jet ski up onto another friend’s MasterCraft and almost onto my lap. At least we were all wearing life vests. Superbowl MVP tackles the Wake
Lake Powell can even turn a future NFL Hall of Famer into a struggling athlete, putting him on equal, unbalanced footing with the rest of us.

“It sucks to suck!” Kurt Warner’s oldest daughter Jesse yelled out as her father tried to keep his balance on a small wake surfboard last summer. It was the Warners’ first trip to Lake Powell, something they bid on at a charity event. Having convinced them the trip would be worth it, I felt compelled to tag along with my husband and make sure they didn’t have any issues (okay, so it was an obvious excuse to head back to the lake).

Kurt may be a pro when it comes to throwing a football, but navigating a 70-foot houseboat through canyons is a different story and requires a different kind of precision. The Antelope Point Marina guys actually helped dock the boat for the Warners, which gave Kurt more time to try and stand upright on a 5-by-2-foot piece of fiberglass. Turns out, it was a bigger test of patience than trying to get our Cardinals into the Super Bowl. Kurt’s wife Brenda, who loves photography, snapped several pics of her husband face-planting as the boat kept circling around to give him another shot. He simply would not give up. It didn’t help that his son Kade popped up almost unannounced and with no real effort. “He’s so good at everything,” Brenda said. “It was fun to see him out of his comfort zone and find something he wasn’t very good at.”

The Warners spent one day boating and hiking over to see Rainbow Bridge. That night, they challenged us to a family talent show. Since “reading news copy” wasn’t an option, my quick recitation of the 21 counties of New Jersey quickly gave way to a brilliant, Broadway-like rendition of Carrie Underwood’s “Jesus Take the Wheel” by the Warners’ younger daughter Jada. I felt like the contest was rigged, as Jada was a member of Valley Youth Theater and anything sounds good after a few Smirnoff Ices (another Brenda passion).

It’s hard to coordinate schedules when you have seven kids. For the Warners, their Lake Powell trip wasn’t just a chance to “see the beauty of the red rocks, the shapes, the way the light hits things” (remember Brenda loves taking pictures). It was also an opportunity to bring seven children and their two parents together in a place where you have no choice but to enjoy your surroundings and each other. Charity auction item or not, that’s something you can’t put a price tag on.

Take a Plunge!
Beat the heat or tie the knot at Lake Powell

“I Do” on the Lake!  Lake Powell is a must-see wedding destination, and the staff at Antelope Point Marina is sure to make it unforgettable. Get married on the Antelope Point Marina dock and step into the floating restaurant, Jádí To’oh, for the reception. You can also choose to exchange vows on a luxury houseboat. Call
(928) 645-5900 x5064

Antelope Canyon Boat Tours: Spend an hour exploring the Lake Powell side of world-famous Antelope Canyon – perhaps the most photographed slot canyon on Earth. A tour program ($26.63 per person after taxes) was started last year. Free ages 3 and under. Boats have a 25-passenger capacity and run every hour beginning at 9 a.m. daily. antelopepointlakepowell.com 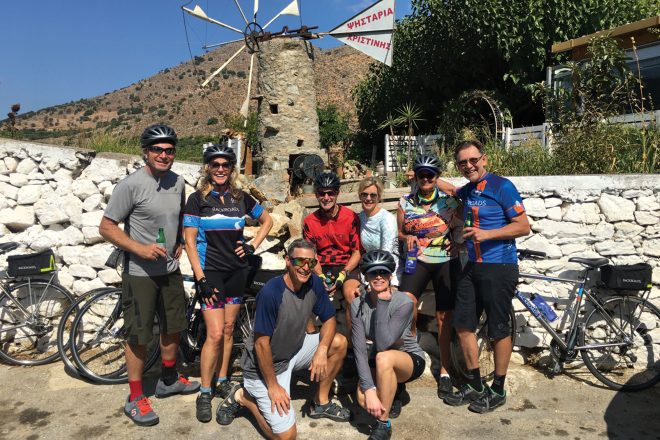 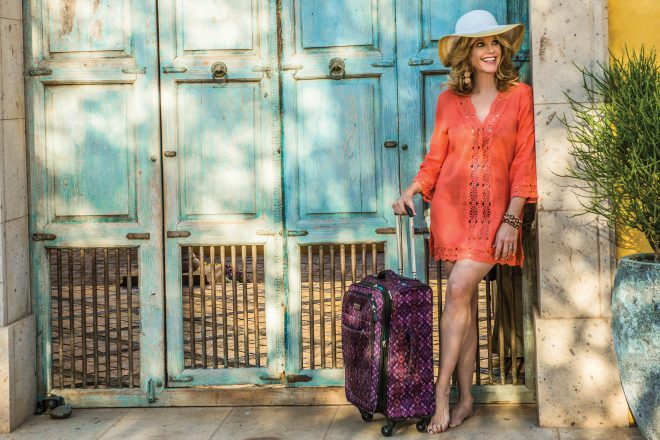 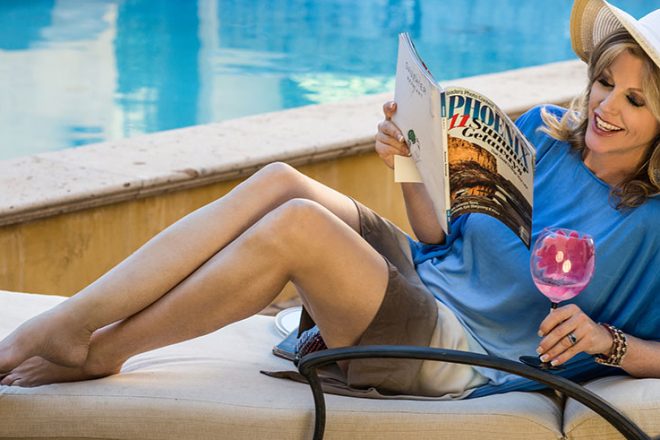