"The Curious Incident of the Dog in the Night-Time" runs Tuesday, June 20, through Saturday, June 25, at ASU Gammage.

Topia, a Ballet Arizona performance that runs through Sunday, is back-dropped by the prickly landscape of Desert Botanical Garden and Papago Park beyond. And it has as many peaks and valleys as the hills beyond the stage.

This spring at the Arizona Science Center, phones are ringing off the hook: It’s the ‘70s calling, and they want their lasers back.

Through June, the Science Center is holding a series of events called Lasers and Liquor Nights, and they’re just as far-out and groovy as they sound. 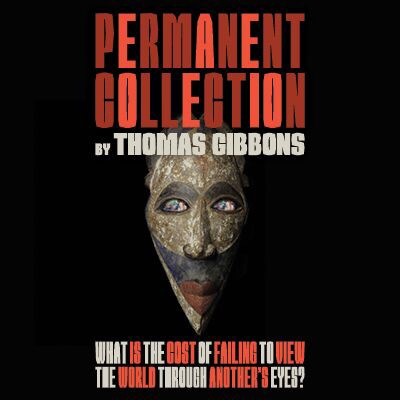 “Permanent Collection,” a play directed by Arizona State University professor Charles St. Clair, is now performing at the Herberger Theater after opening at ASU West Campus in celebration of Black History Month, and it’s worth checking out.

When it comes to introducing children to the works of William Shakespeare, there may be no more fitting entree than “A Midsummer Night’s Dream.” The Bard’s tale of star-crossed lovers, magical meddling, and musical fairy merriment is a comic romp kids can follow even with the playwright’s original dialogue. So it’s fitting that Southwest Shakespeare Company has been touring Phoenix schools with their adaptation, titled “A Midwinter Night’s Dream.” The company’s performance at Kerr Cultural Center on December 9 marked the first time they performed it for adults, and it was a good look at what audiences can expect when SSC performs “A Midwinter Night’s Dream” at Taliesin West this weekend.

Who knew Scrooge was such a great dancer?

As the curmudgeonly character from Charles Dickens’ “A Christmas Carol,” actor Robert Kolby Harper does the running man, the cabbage patch, the dab, and even twerks. It’s hilarious – as it’s meant to be in this shake-and-bake parody of the classic from improv comedy enterprise Second City – but it’s also impressive, because the dude has some seriously sweet moves.

Hey Phoenix, God is in town.

From Arizona Theatre Company, the first female production of the Broadway hit An Act of God debuts at Phoenix's Herberger Theater this weekend after a successful three week run in Tucson. Directed by four-time Academy Award nominee and two-time Golden Globe winner Marsha Mason, An Act of God is adapted from former The Daily Show with Jon Stewart writer and executive producer David Javerbaum's book The Last Testament: A Memoir By God. We caught up with Mason over the phone to talk shop.*

“The Merchant of Venice” is one of William Shakespeare’s most controversial plays. Southwest Shakespeare Company’s production proves it is as timeless as it is contentious.

The plot revolves around a man named Bassanio and his courtship of a woman named Portia. Bassanio needs 3,000 ducats to be her suitor, and he borrows the money from Shylock, a Jewish moneylender, with Bassanio’s merchant friend, Antonio, acting as guarantor on the loan. The terms are steep: If Bassanio can’t repay Shylock on the specified date, Shylock will take a pound of Antonio’s flesh.

The play has been set in pretty much every era and time period imaginable over the past 500 years; Southwest Shakespeare Company sets theirs in the U.S. during the late 1920s, presumably just prior to the Wall Street Crash of 1929 that helped trigger the Great Depression. Two rolling panel walls with doors and Art Deco windows, a faux marble floor and counter, braided columns, mannequin torsos draped in 1920 clothes, and a black chalkboard showing New York Stock Exchange rates set the stage for the talented cast of actors, and an oft-disturbing but always powerful story about prejudice, race, and religion.

There’s a lot to like about Arizona Theatre Company’s production of British playwright Mike Bartlett’s future history play “King Charles III.” The premise is interesting, the acting is fantastic, the aesthetic is appealing (albeit austere), and it explores the ideas of political power, personal responsibility, and the tangled interactions and personalities within the Royal Family in a way that is both entertaining and thought-provoking.

Every four years, two things happen: The United States holds a presidential election and the Summer Olympic Games take place. While election coverage has dominated the headlines for months on end, for a couple of weeks in August, five pint-sized powerhouses managed to distract us. They were the U.S. women gymnastic team at the Rio games, dubbed “The Final Five”: 2012 Olympians Aly Raisman and Gabby Douglas, along with first-time Olympians Madison Kocian, Laurie Hernandez...

Have you ever wanted to check out a ballet performance, but aren’t ready to shell out the dough for tickets? Don’t get me wrong – performing arts groups need paying patrons, but Ballet Arizona has been making it possible for Valley residents to get a taste of arabeques and pirouettes for free over the past 18 years in order to foster an appreciation of ballet as an art form.

“If Aphra Behn were here tonight, I hope she’d forgive our trespasses,” the groovy hippie chick says in the prologue, touching a white marble bust perched nobly next to a hot pink lava lamp with a zebra-striped base.

So opens Liz Duffy Adams’ play “Or,” in which there are many trespasses -- terrific trespasses and glorious liberties, which historical muse Aphra Behn, if she be anything like legend and this character portrayal, would no doubt forgive but downright appreciate. The play is an entertaining exploration of themes including identity and disguise, feminism and sexuality, and societal paradigms, built around a fascinating female figure from the literary canon and packed with witticisms and dashing dialogue. And Southwest Shakespeare Company’s production of “Or,” is a buoyant and brilliant testament to the talent of the company.

Thomas Jefferson’s skill with a quill is legendary. His skill with a straight razor is underrated. During his presidency, he sliced the logical verses out of the New Testament and glued them into his personal gospel, leaving the miraculous mumbo jumbo behind in his holey Bible. For this he was damned to hell. Sort of.

In this delightfully brain-tickling dramedy, playwright Scott Carter – producer of “Politically Incorrect with Bill Maher” – dooms Jefferson to a purgatorial room that resembles every writer’s hell: a blank page. Trapped with him are two gentlemen geniuses who also rewrote the gospel: Charles Dickens and Leo Tolstoy. To escape, they must reconcile their differences and jointly rewrite the Jesus story.