A Great Depression-era government program launched a commercial fishing industry in the Salt River lakes that thrived for three decades. 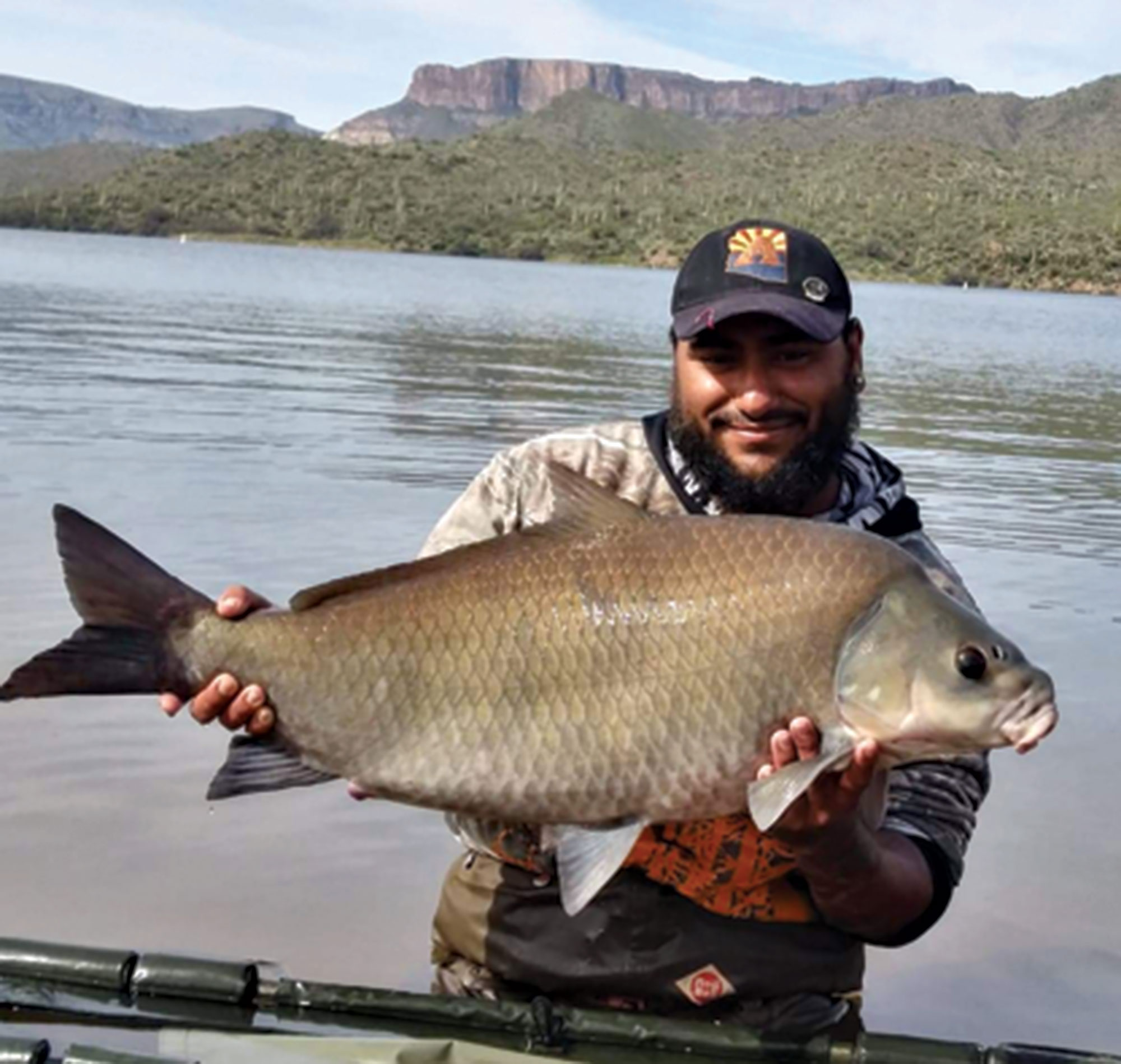 A century before Chula Seafood and Nelson’s Meat + Fish turned eating fish in the desert from a scary proposition into a delicious one, the completion of Theodore Roosevelt Dam on the Salt River in 1911 set in motion one of Arizona’s most incongruous industries. The lake formed by the dam spawned Arizona’s first sustainable commercial fishery. The catch consisted of buffalo – the fish, not the shaggy-coated mammal – and carp, which were sold locally and trucked to cities on both seaboards.

“Buffalo fish was quite tasty; I cooked it myself and sampled gefilte fish made from it,” says Ernest Linsenmeyer, owner of Union Seafoods, a market in Phoenix that was open from the 1940s-2008. Buffalo fish roundups also occurred downstream in Apache, Canyon and Saguaro lakes. Beginning in 1938, the embryonic seafood industry would last for 30 years, setting the stage for later aquaculture involving tilapia and catfish in Arizona.

Claiming alpha-fish dominance in freshwater environments, buffalo fish can live for more than a century and exceed 80 pounds in weight. Difficult to hook, the species has never been a favorite of anglers through the centuries, though modern fishermen have had better success catching them with a rod and reel. Native to the Mississippi River drainage, they make for good eating despite numerous small bones, and historically have been especially popular in African American and Jewish kitchens. 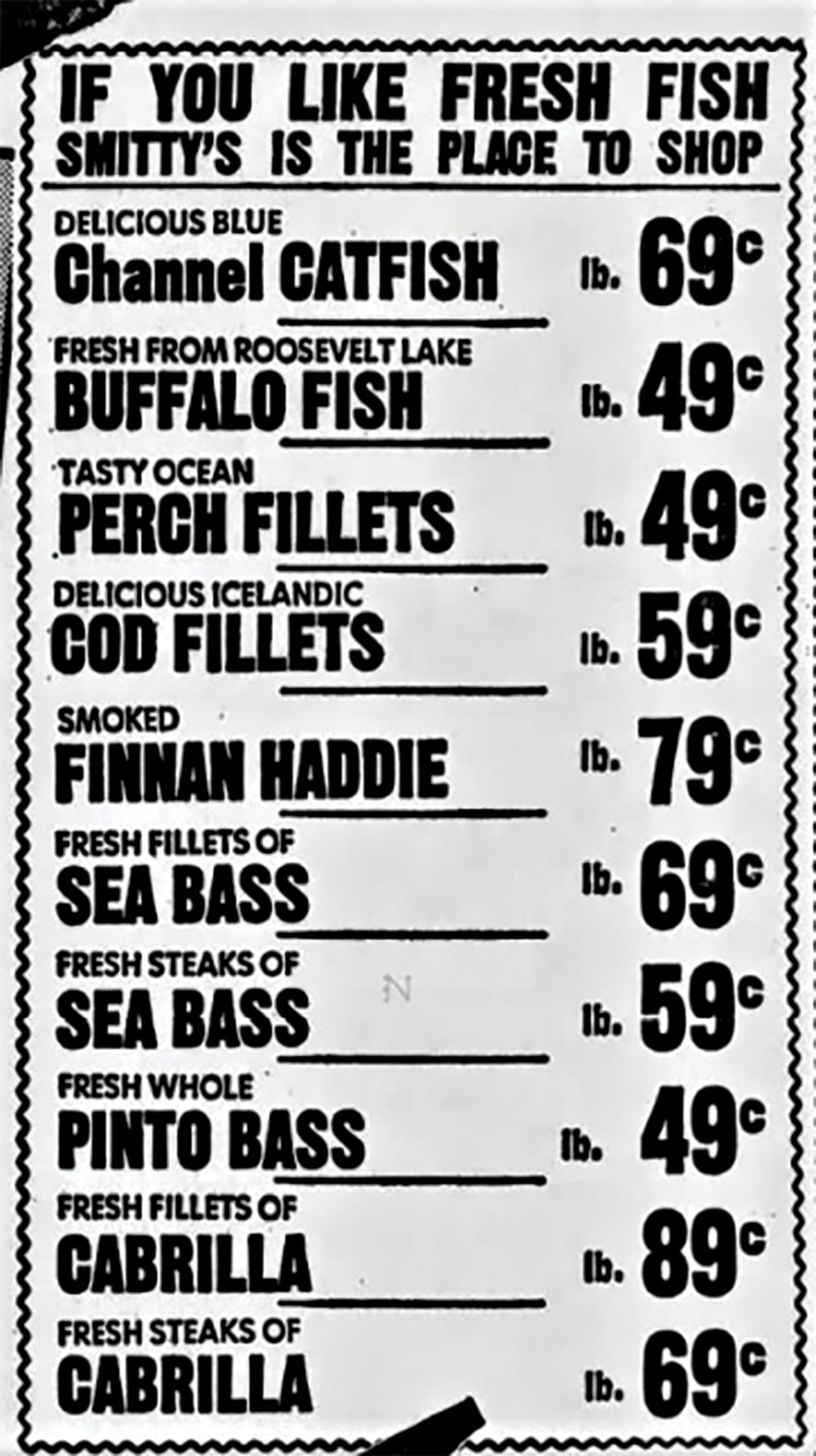 The U.S. Bureau of Fisheries stocked Roosevelt Lake with buffalo fish from 1918-1920. Soon after, the Arizona Game and Fish Commission – which took over management of the lake upon its founding in 1929 – became concerned that their populations were displacing species more desirable to anglers, such as bass and crappie. The commission coordinated with the Work Projects Administration, a federal New Deal agency that created jobs during the Great Depression, to supply seines (fishing nets) and traps to would-be watermen to remove buffalo fish and carp from the lakes.

The commercial fishermen discarded the smaller fish or gave them to farmers to use as fertilizer. Larger buffalo fish that weighed up to 20 pounds were shipped to Phoenix and distributed to low-income individuals through the Surplus Commodities Corporation. The F.A. Grasteit Fish Company of Los Angeles soon offered the Commission $100 a month for rights to harvest buffalo fish at Roosevelt Lake and trucked its catch to California. Northrup and Associates also applied for a permit to seine these species, which are sometimes termed “rough” fish. The company paid 2 cents, and later 10 cents, per pound royalty for all fish sold. Weekly orders for 12,000 pounds of fish were delivered by truck to New York, Chicago and Los Angeles. By 1940, fishermen had harvested more than 500 tons of buffalo fish and carp. 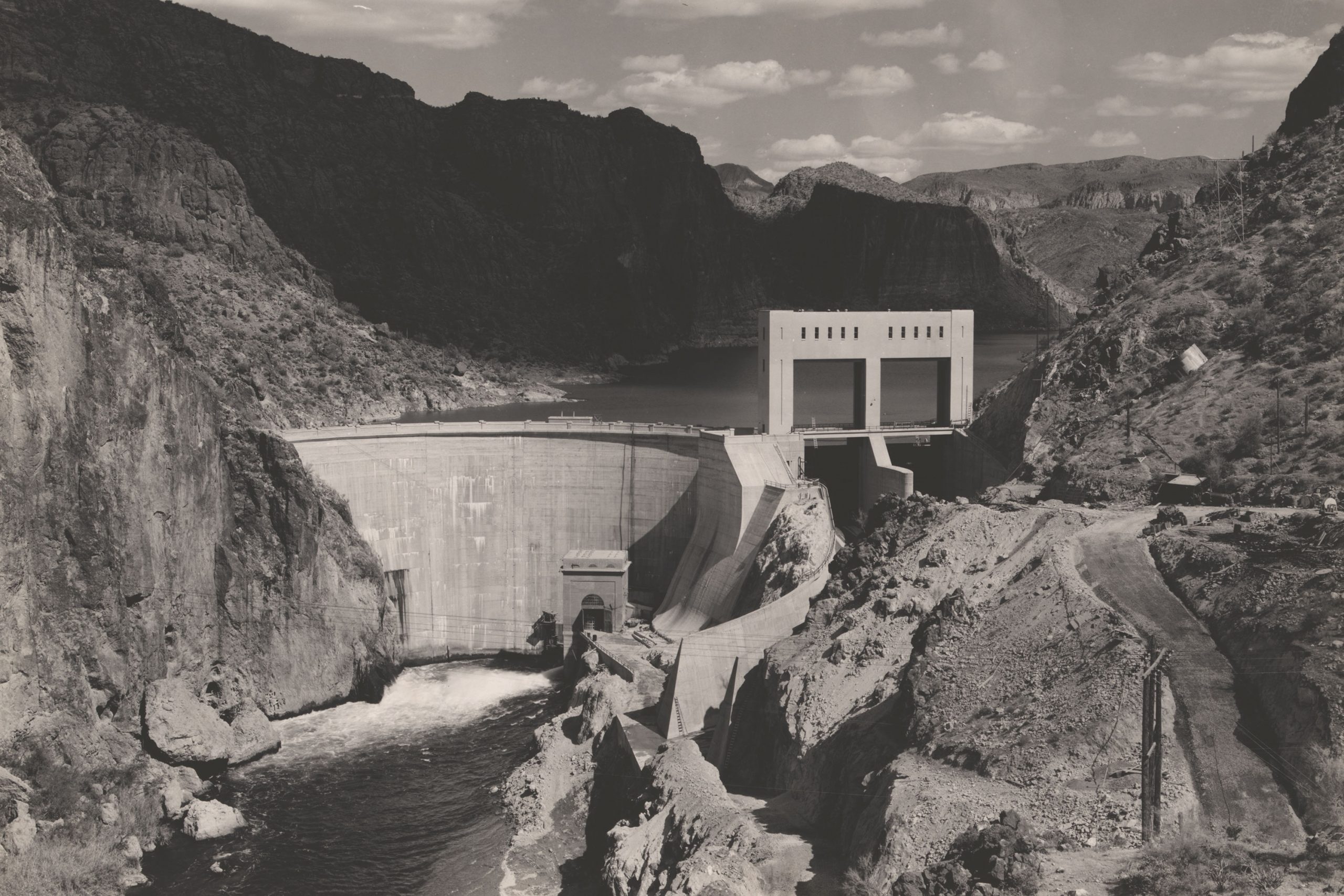 Bill Hulett was one of seven commercial fishermen working the lake in 1953. He trapped 163,200 buffalo fish and carp in three months. The species “are to game fish what weeds are to oats, corn or cotton,” claimed an article in The Arizona Republic. Hulett sold the lunkers to markets in Phoenix; carp at 4 cents a pound and buffalo fish at 12 cents a pound.

The now-84-year-old Linsenmeyer, who took over Union Seafoods from his father in 1955, recalls shipping buffalo fish to Oakland. His business was located at the southeast corner of Jefferson and Second streets in Downtown Phoenix. Licensed commercial fishermen from Roosevelt Lake who had a camp at Grapevine Landing supplied the fish. 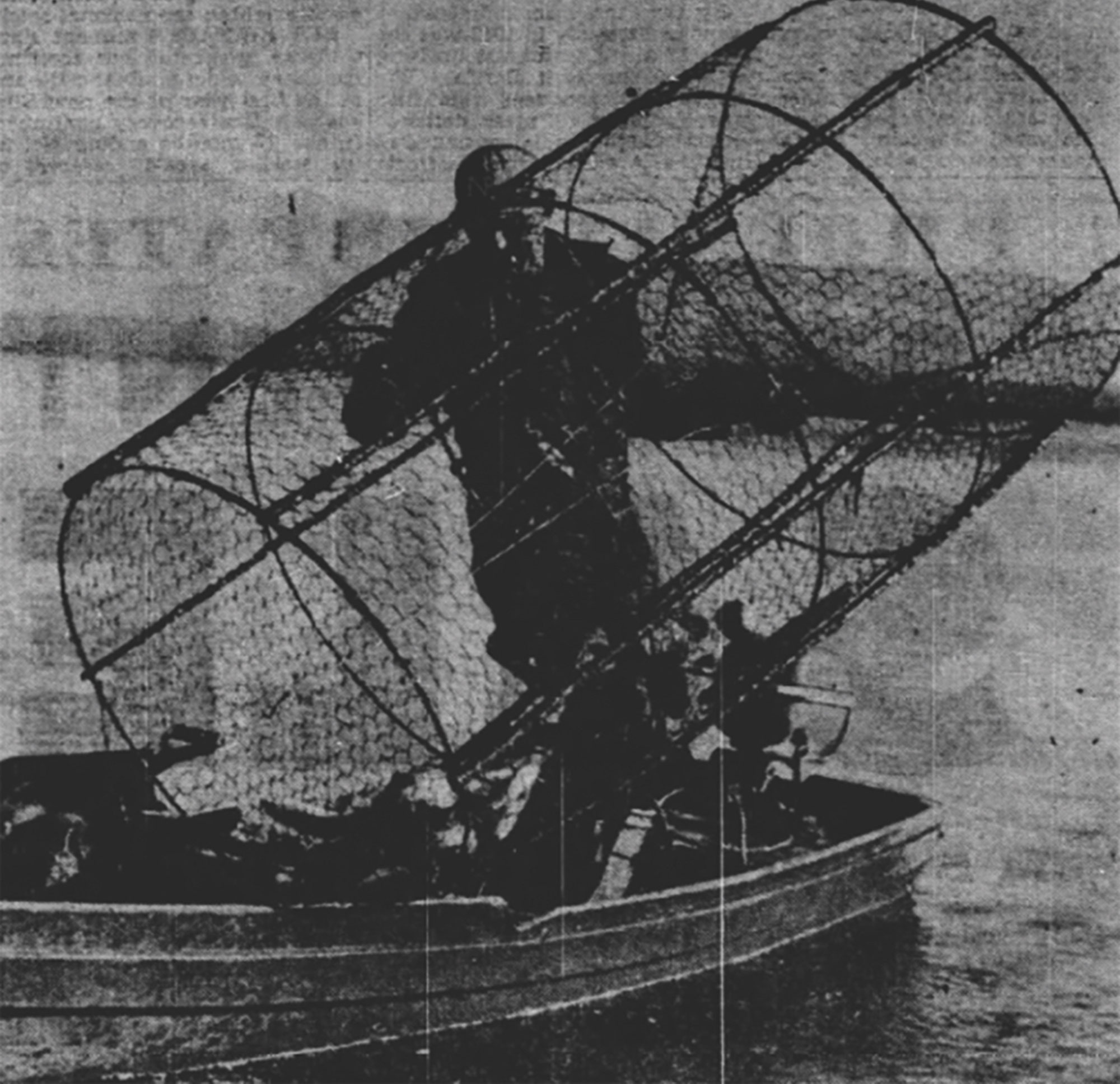 Linsenmeyer, however, had one unusual vendor. “An attractive young lady in really short shorts, who reminded me of Daisy Mae in the Li’l Abner comic strip, would stop by to sell buffalo fish,” he says. “Outside was her convertible car – the top wasn’t down but had been chopped off – and the backseat and trunk were full of ice and buffalo fish.” He says that her family would seine buffalo fish out of canals once a month for a few extra bucks. “There was a lot that went on then that you couldn’t do now,” he muses. As late as 1967, commercial buffalo fish roundups still occurred in Roosevelt Lake, but the industry was defunct by 1970, according to the Republic. Linsenmeyer says this change was part of a broader transition away from locally sourced fish. “We initially imported fresh sea bass, sea trout, halibut and shrimp shipped on ice from Rocky Point, Mexico, and octopus, sardines, barracuda and abalone from San Pedro, California. Later, most seafood came frozen from Alaska,” he says. “We also sold more seafood after the Catholic church said [in 1966] that you didn’t have to serve fish on Fridays. Maybe people enjoyed it more if they weren’t forced to eat it.”

Buffalo fish still swim in Roosevelt Lake, but not in the density they once did, according to Curt Gill, Arizona Game and Fish Department aquatic wildlife program manager. “Buffalo are mainly harvested by bow fishermen when the fish spawn in shallow water,” he says. “Our biggest problem currently is gizzard shad, a bony fish that were illegally introduced, and tie up a lot of the biomass in the lake.”

Although a local commercial supply of buffalo fish is a distant memory, it stirs the creativity of Jeremy Pacheco, executive chef at Genuine Concepts (The Vig, Ladera Taverna y Cocina, The Womack, etc.), who takes pride in sourcing Arizona products. “It would be great to prepare the fish in a hot smoked method, giving it a light cure with a glaze of mesquite syrup until it is flaky,” he says. The fish is often available at Lams Supermarket in West Phoenix and Lee Lee International Supermarket in Chandler, but the proprietors did not confirm its provenance. Who knows? If there’s ever a buffalo fish resurgence in Arizona, we might one day find it on the menus at Chula and The Vig. 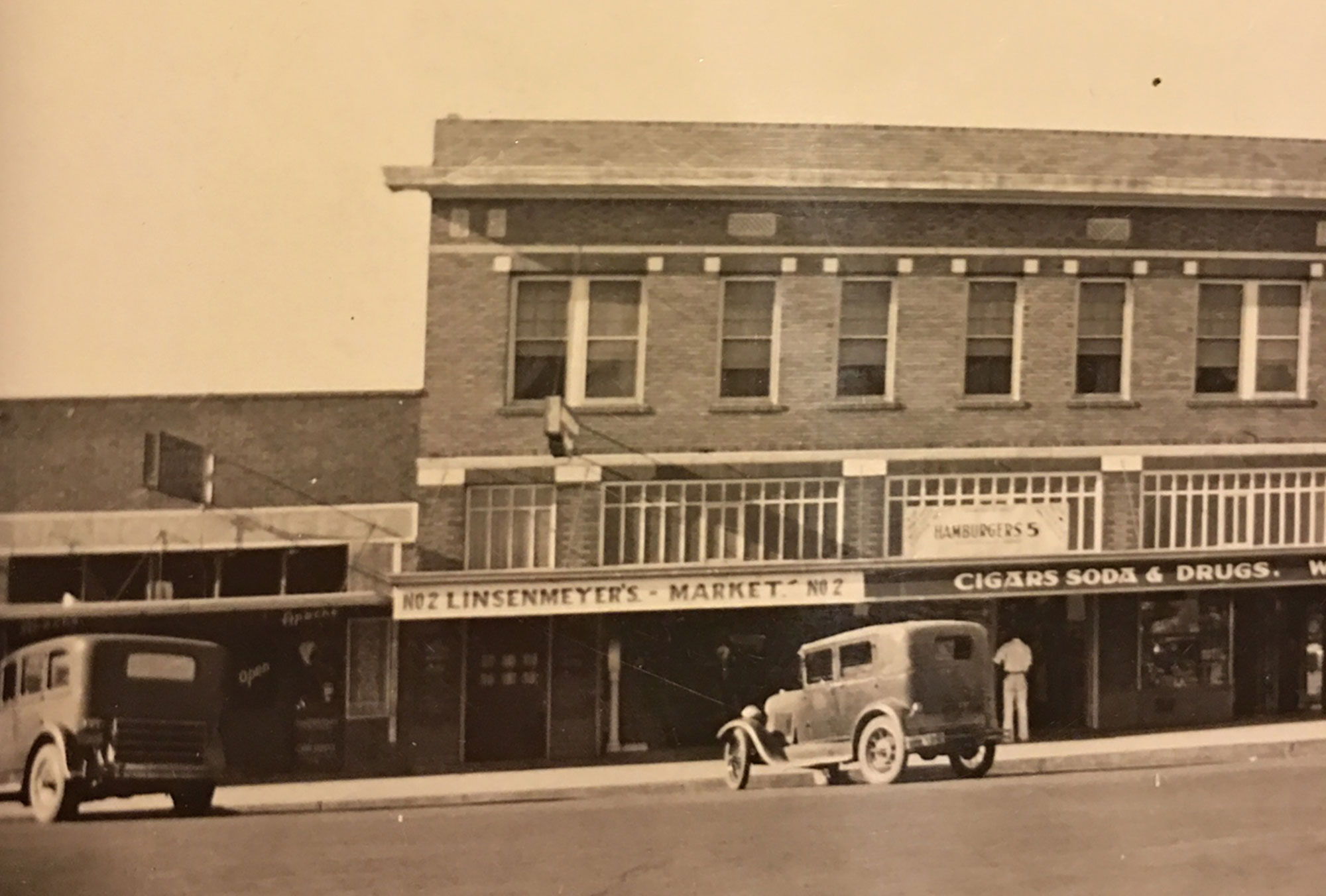 Arizona’s no land of 10,000 lakes, but it’s home to a smattering of manmade ones and four notable reservoirs along the Salt River.

Theodore Roosevelt Dam created the largest lake on the Salt River in 1911. In 1927, Italian pilot Francesco de Pinedo landed his Santa Maria seaplane on its waters during his Four Continents tour, only to have the aircraft accidentally destroyed by fire during refueling.

Horse Mesa Dam created the long, narrow reservoir in 1927. Waterdog, a recreation area for Williams Air Force Base, was built on the shoreline in 1957. The government razed the marina and cabins in 1993, after the discovery of fuel contamination.

Soon after Mormon Flat Dam was completed in 1925, the S.S. Geronimo began scenic boat tours to view bighorn sheep above the shoreline. The lake’s tour boat tradition continues today with the Dolly Steamboat, which was launched in 1987.

Stewart Mountain Dam created the most downstream pool in 1930. Sunset cruises on the Desert Belle started in 1964. The lake has also hosted 25-mile adventure races that include trekking, orienteering, mountain biking and lake paddling.