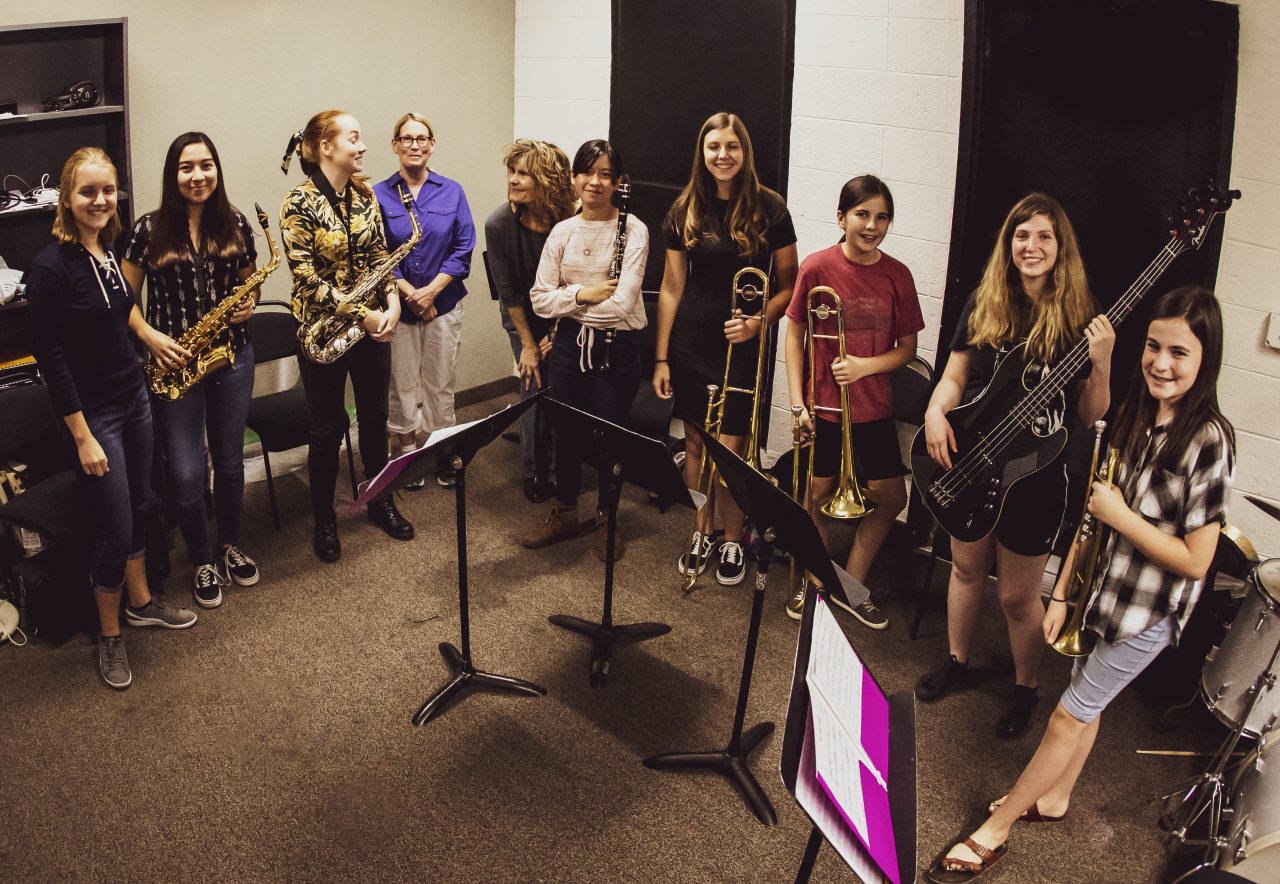 Studies have shown that the jazz scene is dominated by men, but saxophonist Mary Petrich isn’t too hung up on that.

“I just want to keep my head down, work hard, become a better player and encourage others to do the same,” she says.

She and pianist Claudia Bloom are implementing this ethos and empowering young musicians through Phoenix Jazz Girls Rising, an all-female musical mentorship program presented by The Nash.

The Phoenix jazz club is now accepting applications for the Phoenix Jazz Girls Rising fall session, which will take place via Zoom every Saturday morning from September 19 to November 7.

Participants will learn to play popular jazz songs and crate improvised solos that express individuality. The program is open to girls ages 10 to 17 and welcomes all levels and instruments. Bloom and Petrich will be doing individual sessions with each player to work on her strengths and techniques.

The duo held a session over the summer with eight girls. Petrich recalls one class where a new player admitted that she was doubting her musical abilities.

“Somebody in the class, a veteran member, raised her hand and she spoke directly to this other student. It was really moving. She said, ‘I’ve had confidence issues and Phoenix Jazz Girls Rising is a place where you can try things out and they’re not going to judge you,’” Petrich says. “She spoke of her experience being very insecure and having performance anxiety, and how having this group of girls  as a community really helped her overcome that.”

Petrich started her musical career nearly two decades ago as a classical saxophonist. She studied saxophone in France for a year and decided to explore jazz and improvised music.

Last summer, she was hired to teach an all-girls jazz program in Tucson and connected with Bloom.

“I just felt like there was something really special with it being all female,” Petrich says. “I thought, ‘Wow, we don’t really have anything like this in Phoenix.'”

The duo approached The Nash last fall and launched the first Phoenix Jazz Girls Rising session with 10 girls, which culminated in a public performance. Then, the pandemic happened.

“We have to use [Zoom] to find new ways to do different things and explore music in a new way,” she says. “Even though we have all these restrictions, we can still open up and prepare for coming together in the future.”

Petrich hopes to inspire young girls to pursue opportunities in the jazz scene and remind them to never stop learning – even if it’s through a screen.

“Everything has changed so much,” Petrich says. “What we’re doing is a lot different in many ways, but the heart is still the same,”