Where climate change activism is concerned, Sweden doesn’t have a monopoly on motivated Gen Zers.

The rise of Time magazine person of the year Greta Thunberg as a global symbol of environmental activism has had a powerful ripple effect by giving weight to the voices of fellow teenage and 20-something activists. From First Nation clean-water firebrand Autumn Peltier in Canada to climate-justice leader Vanessa Nakate in Uganda, Generation Z has been able to marshal media coverage and recruit allies in ways that have eluded older generations of activists.

The effect has made its way to the Valley, where Tempe activist Aditi Narayanan – like Thunberg, just 17 years old – has taken up the mantle. Inspired by other youth activists and moved after reading the United Nations 2018 Intergovernmental Panel on Climate Change Report, Narayanan founded Arizona Youth Climate Strike (AZYCS) last year, which she runs with co-leader Brian Mecinas.

“Older generations may not be as concerned with climate change because they won’t experience the effects as much,” she says. “But we will, because it’s our future.”

The group’s first strike was last September, as part of the 2019 Global Climate Strike, a series of nonviolent marches that took place around the world. For the Phoenix Climate Strike, students and adult allies gathered at City Hall, urging politicians to take action to fight the climate crisis on all levels of government. “Before joining [AZYCS], I didn’t realize it isn’t just enough to get people in office,” Narayanan says. “It’s important to also make sure they’re held accountable.”

In addition to strikes throughout the year, AZYCS plans on organizing town hall meetings, hosting press conferences and inviting speakers “from diverse communities to tell their stories on stage.” The group is currently 50 members strong. Narayanan hopes to increase that number and awareness statewide about issues directly impacting Arizona. 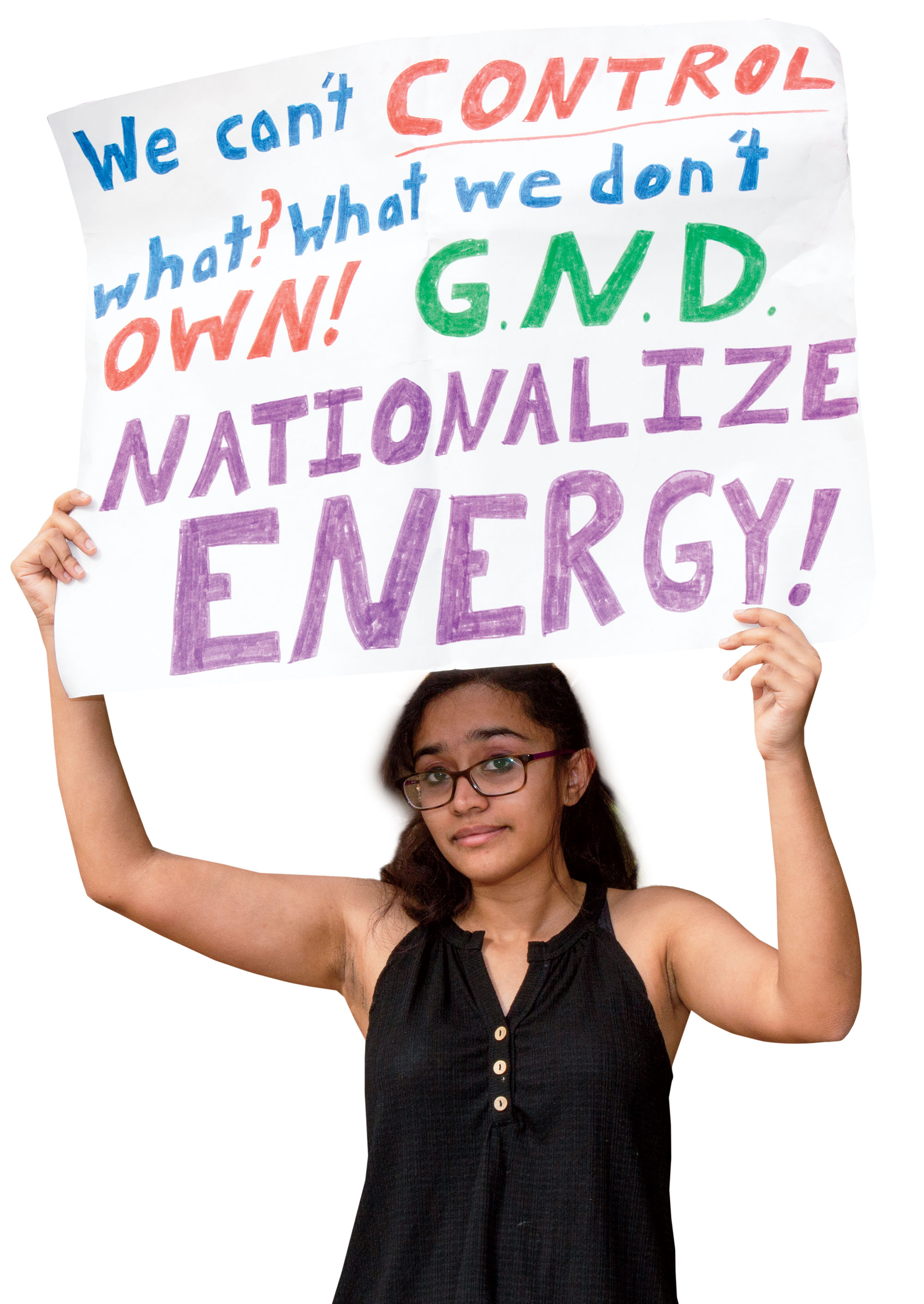 “An issue that I think a lot of people don’t realize is the presence of urban heat islands in areas like Downtown Phoenix,” she says. “Green roofs, cool roofs, solar power and access to air conditioning… are vital.”

While these issues may seem overwhelming – especially for those not yet old enough to vote – Narayanan encourages everyone to speak up, particularly with climate change playing an outsized role in the 2020 presidential election, accelerated by such celebrity activists as Mark Ruffalo and Leonardo DiCaprio.

“Our voices really do matter,” she says. “While it can be difficult to create change sometimes, it’s so important.”

AZYCS’ next protest will take place on Earth Day, April 22.