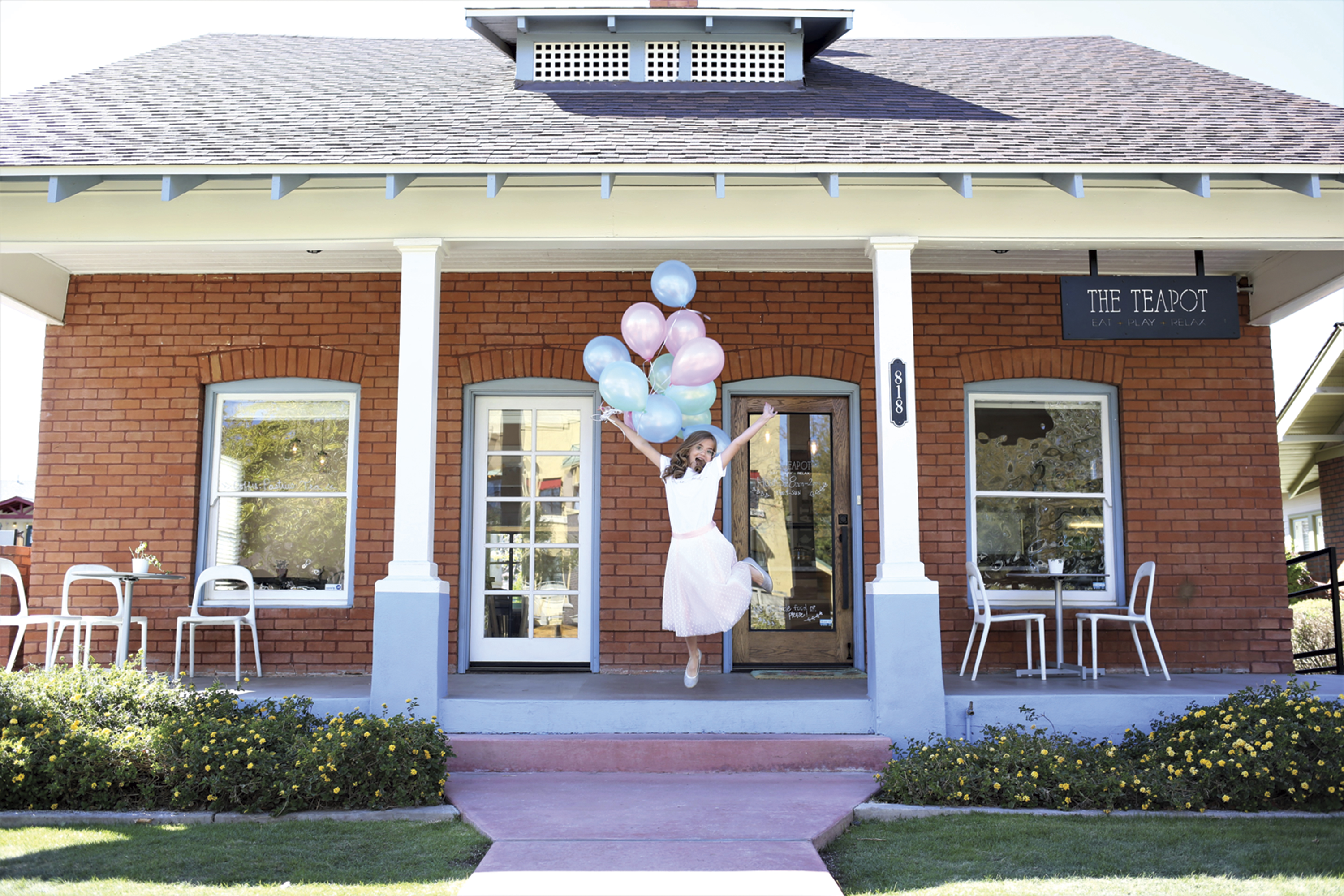 After a successful few years in Phoenix, The Teapot is expanding – to Baltimore.

When The Teapot opened in 2016, it entered a crowded Downtown Phoenix coffee scene. But its niche offering – a coffeehouse for parents of young children – set it apart from the Jobots and the Lolas. Now, more Teapots are on the horizon.

Owners Jonathan and Raelynn Pring designed The Teapot to be a place where parents don’t worry about their kids annoying other patrons; where they can set children loose in the two-story playhouse in the back garden and relax with a cuppa or a morning mimosa. “We have small children ourselves and wanted to create somewhere young families like ours would feel welcome,” Jonathan Pring says.

The Teapot occupies a restored 1906 house on Fifth Avenue (theteapotus.com). Interior designer Raelynn created a charming, airy space. Ample windows let parents keep a watchful eye over front and back garden playgrounds. There is no smashable cutlery and the staff training curriculum calls for being willing to wipe a “boogie nose.”

Jonathan, a dual citizen of Great Britain and the U.S., lends The Teapot its English credentials, though the business’ tagline, “A little bit British,” is a cheeky disclaimer. While the scones are traditional English (light and served warm with cream and jam), and crumpets and tea are on the menu, The Teapot honors America’s coffee culture, offering primarily coffee drinks. Jonathan declares he imbues a bit of British by serving drinks shaken, not stirred, in James Bond fashion; and British pub culture, where children are welcome, is The Teapot’s defining characteristic.

Plans are underway for future Teapots in downtown Chandler, Arcadia and North Scottsdale, though the second location will be farther afoot. A young former Phoenix family, who were customers since the original location launched, is opening the next Teapot in their new neighborhood near Baltimore, Maryland.

The Prings won’t operate the new locations, preferring to stay focused on the original Teapot. “As we drive to work in the morning, we’ll pass a mum pushing a stroller and wonder whether she’s on her way to The Teapot. Then, we drive on, open the doors and find her coming up the walk,” Jonathan says. “We want to keep our focus right here, on this shop, in this neighborhood.”