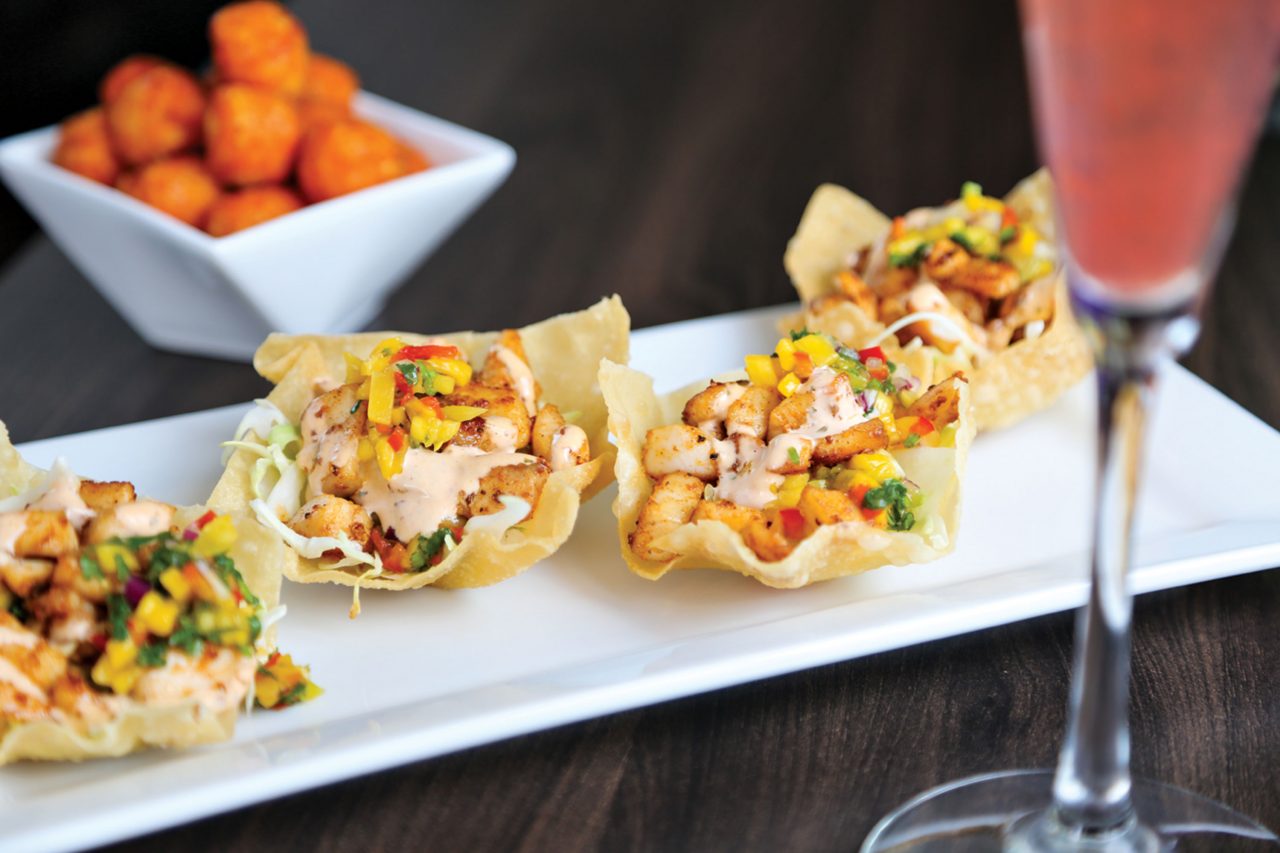 Can you believe it? April marks three years since PHOENIX  launched Four Corners. Celebrate with an outing at one of these new Valley restaurants.

The Social on 83rd

Opened: December 2018
Though it bears no relation to Tempe’s Social Hall, this indie tavern tucked among the big-box eateries of Peoria Sports Complex is indeed highly sociable. A stand-alone project from the folks who brought you Haymaker in Goodyear and Peoria, the gastropub features intriguing bites in a hip but unpretentious setting. Much of the fun stuff is on the appetizer menu, notably the Korean Fried BBQ Tofu ($8.50) and the Social Wings ($10). The sauce on the soft, creamy curd has a delayed sting, while the wings feature an interesting Coca-Cola glaze that also has a subtle afterburn. The most offbeat of the entrées was the New York strip stroganoff ($14.50), with tasty pieces of Angus over egg noodles and mushrooms drizzled with sour cream. Like the appetizers, it has a belated sneak attack, in the form of the occasional feisty peppercorn.
Must try: The short rib tacos ($12.50 for three; $10.50 for two plus fries), with crowns of delightful pickled onions.
8350 W. Paradise Ln.
623-486-4343, thesocialaz.us

Opened: January 2019
This new North Scottsdale Italian joint has an impressive high-end look, with a goddess-like portrait of Sophia Loren gazing down on the dining room. But most of the dishes aren’t on the Loren level of dishiness, especially at these prices. Don’t bother, for instance, with the mostly flavorless minestrone ($4) before your entrée. Eggplant parmigiana ($18) is better, though the vegetable had a rubbery, leathery quality and the pasta was on the doughy side. The short rib ($28) was large and appetizing to look at, and quite tasty when it wasn’t inedibly fatty, which was about half the time. The seafood was much better, like the frutti de mare ($29) with shrimp, juicy scallops and other pesce in a briny red wine sauce.
Must try: Sophia’s seafood comfort zone shines with Zuppa de Clams ($15), a glorious bowl of vongole, in and out of the shell, in a lemony garlic broth.
17050 N. Thompson Peak Pkwy.
480-351-7160, sophiasaz.com

Opened: January 2019
Lickety-split service is not the forte of this Chandler organic chowhouse, an offshoot of the original location at Desert Ridge. I sat in the sunny, pleasant dining room for more than 12 minutes, wondering if I’d accidentally discovered invisibility, before a server approached my table. I tell you this not to burden you with my First World problems, but to note that the food was so yummy it completely made up for the wait. I focused on breakfast – specifically the hearty but not oppressive Hawaiian breakfast ($12.79), a bowl with eggs, jasmine rice, cabbage, kalua pork (or vegetarian protein option) and paper-thin wontons in a luscious, sweet soy glaze. The banana quinoa pancakes ($11.29) are similarly substantial, but light. Wash them down with a mug of hot chai ($2.90).
Must try: From the “starters” menu, prioritize the tilapia crisps ($8.89, pictured above) – crunchy, cup-like wontons filled with cabbage, mango, chipotle and delectable cubes of fish.
4205 S. Gilbert Rd.
480-656-1011, trystcafe.com

Opened: December 2018
Celebrating the culinary treasures of Hyderabad in Southern India, this eatery offers a lunch buffet ($11.99) that doubles as a tasting menu. Eating to the irresistible beat of Indian pop, I started off sweet, with basaam burfi, a thick, rich paste made from semolina, and double ka meetha, a lighter, sweeter bread pudding with milk. I enjoyed stateside Indian standards tandoori chicken and tikka masala, along with such novel dishes as a yummy chicken kolhapuri, which packs a turmeric-masala-chile punch without masking the flavor of the chicken; sambal – not the Indonesian hot sauce, but a lentil and tamarind stew; and the dal-based sorakai pappu. The entrée I tried, golkonda goat sukka ($9.99), was too nuclear for my wimpy Western palate.
Must try: Basoondi ($4.49), sweetened milk with pistachios and other goodies, is a favorite in the west Indian province Gujarat. I liked it, too.
3510 E. Bell Rd.
602-283-4170, hyderabadrasoi.com 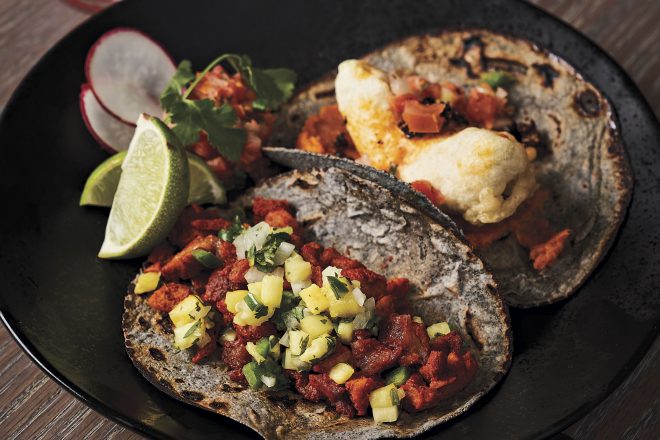