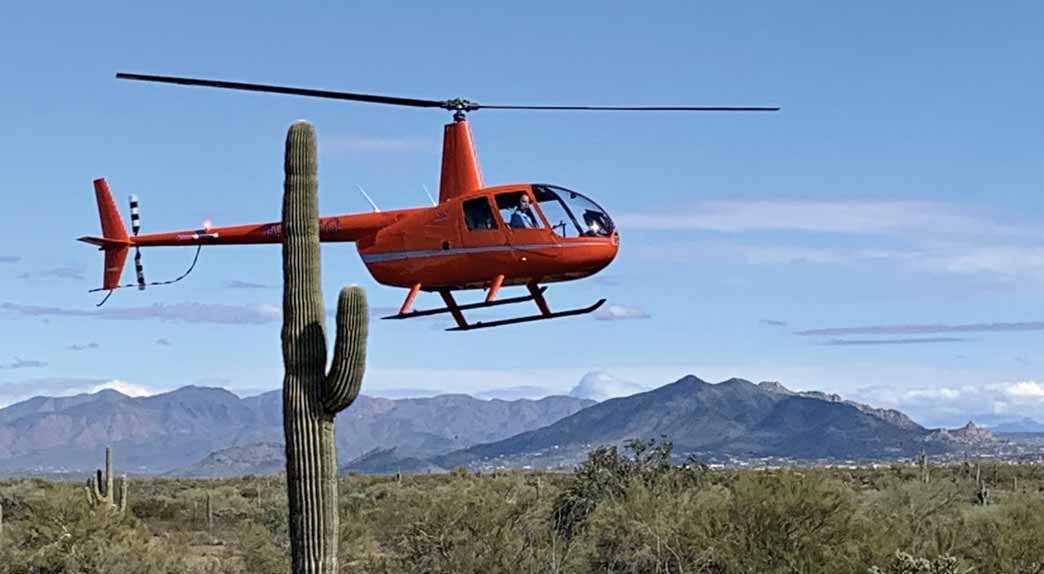 Small aviation businesses are springing up in the Valley despite substantial barriers to entry.

“If you want to be a millionaire, start with a billion dollars and launch a new airline,” Virgin Atlantic founder Richard Branson said. It’s a maxim that holds true for most endeavors in the aviation industry, where jokes swirl about the terrible exchange rate between regular money and “aviation dollars.”

Yet here in the Valley, there’s a new crop of small aviation businesses, from private flight charter brokerage Valley Jet to sightseeing company Western Sky Helicopters, both based out of Scottsdale.

“There is really a lack of people [who] can do that charter work,” says Vanessa Clifton, who opened Western Sky in January with her husband, former CBS news helicopter pilot Scott Clifton. “Everything’s up in either Sedona or the Grand Canyon… We definitely think that there’s a void in the market.”
The Cliftons had just applied for a license allowing Scott and the two pilots they employ to do charter flights (see sidebar) in addition to Valley sightseeing tours when the federal government shutdown forced a pause. At press time, they’d resumed that process, which varies in duration and related costs ($5,000-$90,000).

Aircraft insurance can be prohibitive ($15,000-$25,000 a month for a chopper like the Cliftons’), let alone the costs of maintaining an aircraft and of doing business ($12,000 consulting fees, $10,000 down payments, $5,000+ monthly rent on hangar space, etc.). Despite this, the Federal Aviation Administration’s aerospace forecast for fiscal years 2018-2038 is optimistic. General aviation activity recorded a 0.1 percent increase in 2017, and operations at control towers increased over the past three consecutive years, for the first time since 1998-2000.

Clifton is confident Western Sky will succeed – “I’m already getting inquiries and having to turn away work until I get [the charter license]” – but says it will never be their sole source of income. “We’re looking to also expand our aviation company that manages law enforcement contracts… Our goal is to build that business and this business side by side.”