Rancho Feliz founder Gil Gillenwater, who grew up in Phoenix, started the nonprofit more than 31 years ago and since then, the organization has built more than 800 homes housing 3,200 displaced people, distributed more than 355 tons of food, funded hundreds of scholarships and has infused close to $14 million into the border economy. Read on to learn more about how and why Gillenwater started the organization.

Q: What led you to found Rancho Feliz?
A: In 1987 my younger brother Troy and I were sitting down for another abundant Thanksgiving dinner. We had just returned from a month and a half long rafting trip down the Green and Colorado Rivers. Somehow that Thanksgiving Day took on a déjà vu feel. It was like the movie Groundhog Day with Billy Murray – we were going to watch too much football, eat too much food and drink too much beer. And while there is nothing inherently wrong with any of those activities, the inequity and conspicuous consumption of our lifestyles in such close proximity to the poverty we knew existed on the Mexican border became untenable. It just didn’t feel right. Especially knowing full well there were people living a mere 4-hour drive from our houses who lacked even the most basic needs of the human condition.

So, we left the table, purchased $2,000 of staple food, and headed out to the border slums of Nogales. In Tucson, Troy was telling me a story (he’s a funny guy) and I was laughing so hard I missed the turn on I-19. Not finding a place to turn around, we decided to just drive on. Well, we ended up going through Benson, St. David, Tombstone, Douglas and ended up crossing the border into Agua Prieta.

We’d never heard of Agua Prieta, population 130,000 at the time. But as we drove on the outskirts of town, we by chance saw a crooked sign that said, “Orfanatorio Rancho Feliz.” Turning down the dusty dirt road we came upon a young lady – maybe 22 years old – caring for eight small children she had collected off the streets of the barrios. She was warming tamales over a burning tire. We were appalled at the conditions. The bathroom was a hole dug in the ground. There was no electricity, no running water and just a clapboard room made of shipping pallets where they all slept.

“How can this be?” we thought to ourselves. “And just 230 miles from where we live.” We distributed our remaining supplies and vowed to return with funds enough to provide utilities and bathroom facilities.

We thought it quite a coincidence that we would randomly find that orphanage. It was at this time that we learned a very important lesson, “God, or Spirit, or whatever you want to call it, reveals itself to those with a higher purpose.” This philosophical truism would show itself over and over as our service work continued.

Once back home we contacted the mining company – Phelps Dodge – and convinced them to open the abandoned hospital in Jerome, Arizona, so that we might conduct a Halloween costume party fundraising event. It was at this time that I vowed to continue this service work for as long as it was fun.

Well, it was crazy fun and we raised $10,000 to fund the projects we promised.

Q: What’s the most fulfilling volunteer moment you’ve experienced through your work with Rancho Feliz?
A: That’s a difficult question. Watching all our scholarship students rise up through the ranks and graduate from University is powerful. Seeing them shatter the “glass-ceilings” of ignorance that have imprisoned their families for generations is pretty compelling.
However, the most emotional experience for me is handing a young family the keys to their new home. (In our Vecinos Dignos subdivision we had over 1,000 applications for each of the 41 homes.) That single act is as close to being god as I’ll ever know. From that moment on the direction of their lives are changed forever. For with that new house they also receive educational opportunities and the ability to live and raise their families with dignity in their own country. These people don’t want to immigrate illegally and live underground lives in the United States. But who can live and support a family on the average daily wage of $8 – that’s not per hour – that’s per day.

Q: What kind of volunteer opportunities are available?
A: Rancho Feliz volunteers work in soup kitchens, orphanages, animal shelters and community gardens. They build simple homes for the less fortunate. We began a recycling program that has collected 41 tons of plastic refuse (over 5 ½ million discarded plastic bags and bottles) off the streets and recycled it to fund high school scholarships. Rancho Feliz volunteers have distributed 525 tons of food providing 262,500 meals to the hungry.

Q: What would you like people to know about Rancho Feliz?
A: Rancho Feliz does not believe in open borders. The problem lies in Mexico’s inability to take care of its own people. However, our current border policy is abysmal. Hundreds of people are still dying each year on our own soil. This will be a stain on our collective conscious for decades to come. As we look back on the inequities of the Martin Luther King days and shake our heads so will future generations look back on our border policy with a mix of embarrassment and shame.

However, with Rancho Feliz’s innovative programs we are making a positive difference on our southern border. And we’re not doing it as a welfare program in the traditional sense. Rather, we believe in the democratic redistribution of opportunity. All of our “Guardian Warrior” programs are meticulously designed to nurture and liberate human potential – not stifle it thru well intentioned, though misguided, charitable handouts. At Rancho Feliz we do not serve the less fortunate out of guilt or obligation – nor do we feel superior or separate. Rather we understand that our own liberation is inextricably bound with those we serve. In other words – we serve ourselves by serving others. We call this “Enlightened Self-Interest.”

The most selfish thing we can do is serve. 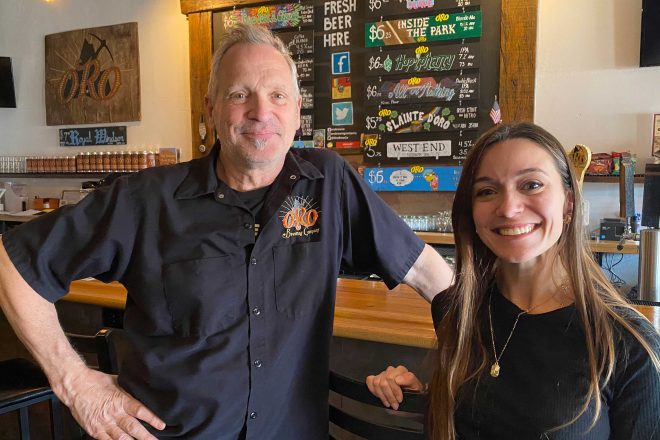