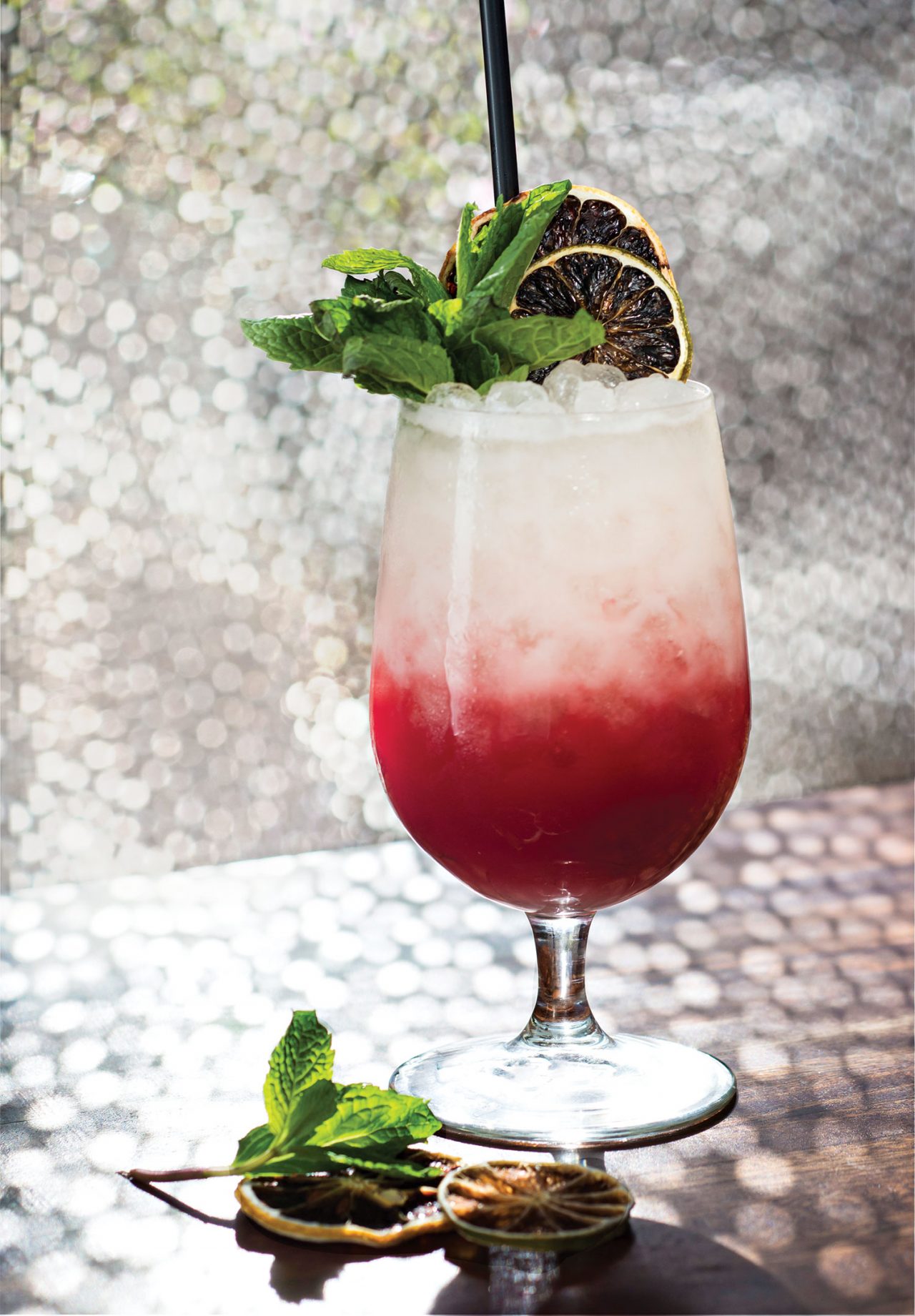 When you see the Berry White, a lovely red and white cocktail that conjures the holly and snow of Christmas, you might be tempted to pose a question much like The Walrus of Love himself once asked: “What kind of drink is this that you’re giving me?” And the answer would be a layered cocktail (called a pousse-café back in the day), one in which the slightly different densities of various liqueurs or spirits are stacked to create different colored layers to stunning effect. It’s an old bartender’s trick that seldom tastes as good as it looks, but that’s not the case with the BW, whose bottom layer is composed of citrusy, bittersweet Jelenik Amaro from the Czech Republic, infused with strawberries, blueberries and blackberries. A top float of Momokawa Nigori Sake gives the drink its creamy, cloudy quality along with a burst of tropical fruit flavor. Well-balanced and ultimately simple, this soon-to-be classic needs nothing else — except maybe more cowbell.

Put on some Barry White and get busy — making this cocktail, that is, by adding one cup of mixed berries (fresh or frozen) to 1 bottle of Jelinek Amaro. Let steep for 24 hours. Build the cocktail in a footed glass, adding ice, ½ oz. berry-infused Amaro, ½ oz. Giffard orgeat syrup, ¼ oz. fresh lime juice and ¼ oz. fresh lemon juice. Blend ingredients with a swizzle stick and float 2 oz. of Momokawa Nigori Sake on top. Garnish with lemon slice, lime slice and mint. 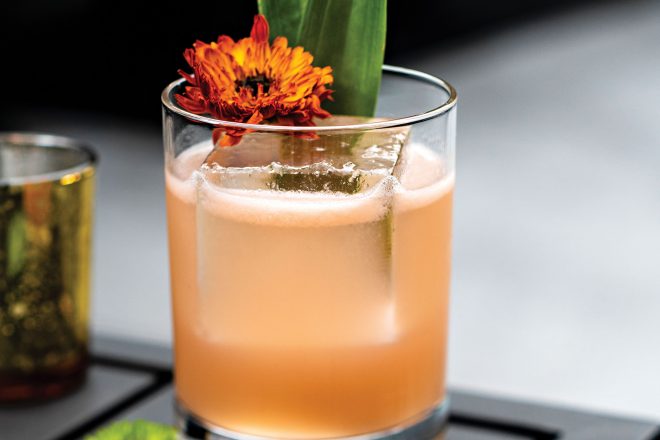