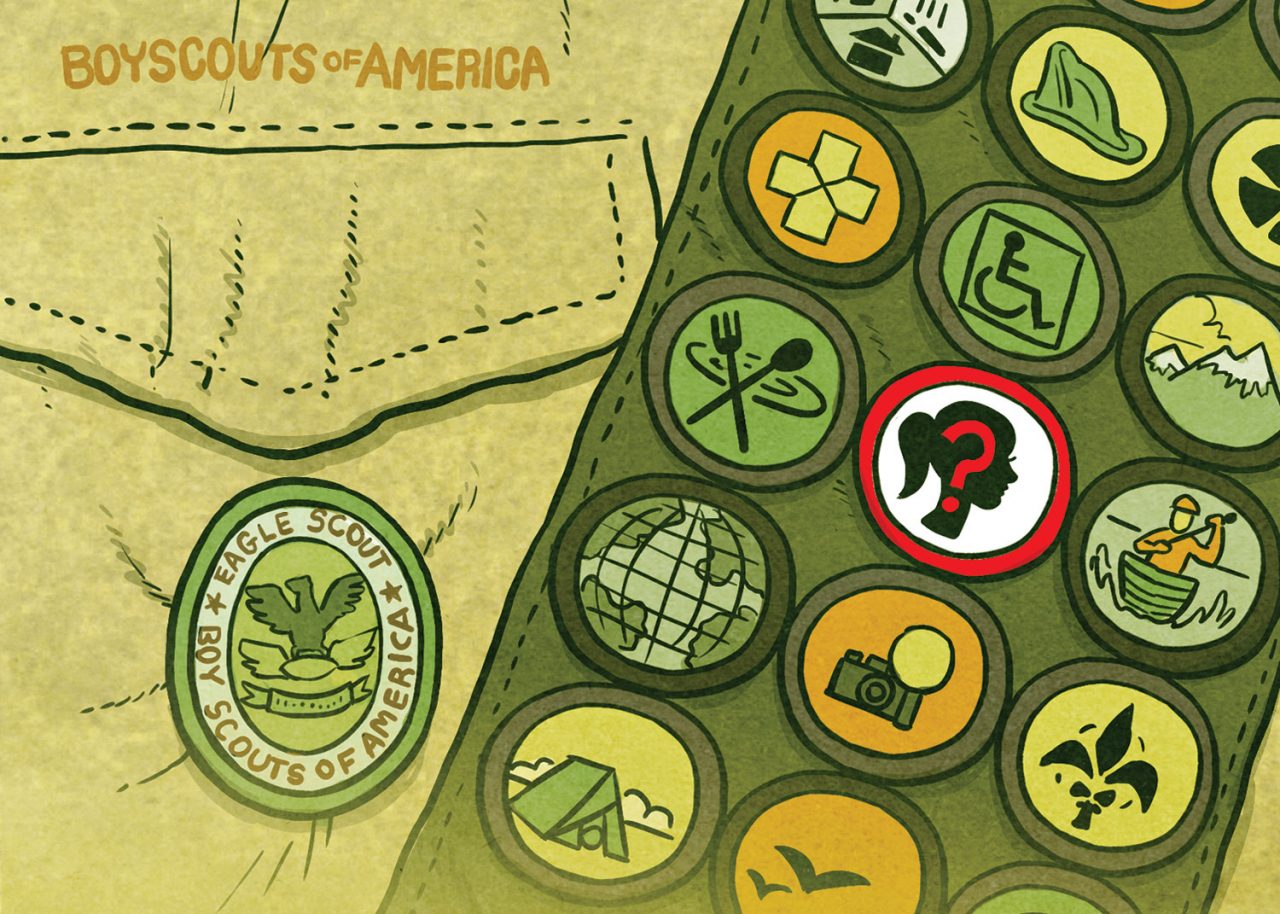 Now that the Mormon church has opted out of the girls-welcoming Boy Scouts, what will happen to scouting culture in the LDS-heavy East Valley?

In July, Camp Emerald Bay, the summer camp the Boy Scouts of America runs on Catalina Island, welcomed its first female scout. It was a public test of the newly renamed Scouts BSA’s pledge to become gender-inclusive, a move soft-launched in late 2017 with the admission of girls into the pre-teen Cub Scouts and culminating with the organization’s plans to go fully co-ed by February 2019. It did not go over well.

“There were a lot of scout leaders who were very upset” during the welcome address, says one Tempe leader, who has a son in Boy Scouts and a daughter in Girl Scouts. “When the speaker assured the crowd that girls wouldn’t infringe upon the boys’ activities, the troop leader (who prefers anonymity) says people chanted in unison, “Oh yes, they will!”

Indeed, many in the scouting community are dubious, including The Church of Jesus Christ of Latter-day Saints, which announced in May it was severing ties with the Scouts. Mormons are disproportionately active in scouting, accounting for 18.5 percent of BSA membership despite making up only 2 percent of the U.S. population. As such, the Mormon exodus may prove particularly challenging for the scouting community in the Mormon-rich East Valley, where up to a third of active scouts are Mormon, according to church leaders.

LDS scouting survived the BSA’s 2013 decision to include gay scouts, its 2015 move to allow openly gay troop leaders and last year’s vote to admit transgender scouts. Was admitting girls the last straw in a series of changes the LDS church opposed?

“Well, I’m not going to go there,” says Roc Arnett, director of public affairs for the Metro Phoenix LDS church, deferring to the joint statement released by the church and the Scouts stating the split arose from the church’s desire to create its own “uniform youth leadership and development program,” which the church announced it was considering in August 2015 (the same week the Scouts voted to admit gay troop leaders).

Some involved in scouting in the East Valley are more vocal about what they think will be lost.

“I do think it would fundamentally change the scouting experience,” says Corky Clark of Gilbert, a transportation planner, ex-scoutmaster and Mormon father of one boy and two girls. “When you’re a scout, and you’re looking at a dynamic where you have just boys, and then you introduce girls, the [comaraderie] will change. It has to. And I don’t mean crass behavior, but boys have certain ways of interacting with each other, just like girls do… You can’t play with your friends the same.
It really just comes down to that.”

Ironically, the program the church will launch in January 2020 will also admit girls, though no details have been shared beyond the official statement that it will “strengthen their ability to fulfill their divine roles as daughters and sons of God.” Arnett, former president of the Arizona Boy Scouts’ Grand Canyon Council, as well as a father and grandfather of Eagle Scouts, says only, “The church will continue to teach young men and young women how to be good citizens.”

The LDS pullout will greatly impact the Scouts’ membership. Historically, all Mormon boys were invited to join the Cub Scouts at age 8 and the Boy Scouts at 11, according to the LDS Scouting Handbook, providing about $15 million per year in church-paid dues. It could also affect usage of the four campsites owned and operated by the Grand Canyon Council.

Current council president Larry Abbott says the church will permit members to join BSA on their own. He also plans to “[start] 120 additional Cub packs and Scout troops to accommodate young people outside the LDS church.” A lot will come from one demographic previously off limits: girls.

“As a former Eagle Scout who now has a young daughter, I think this is a fantastic move,” says Valley realtor Chris Altman. “That was something really valuable… that I would not want to deny to my daughter.”

GIRLS ONLY
Just because girls can learn how to tie a squareknot and build a campfire, don’t expect to see boys selling Thin Mints and Samoas.

• “No, we’re not going to start allowing boys in the Girl Scouts,” says Susan de Queljoe, spokesperson for the Girl Scouts of Arizona’s Cactus Pine Council. “Our focus is on girls.”

• In fact, the Girl Scouts have doubled down, introducing 30 new trailblazing badges specially designed to prepare girls for leadership positions in STEM fields and the college admissions process.

• “We know that girls do better in a single-gender environment,” de Queljoe says. “They’re much more willing to take risks and try new things when they’re not having to meet the gender expectations of boys.”