Soul food scion Christian Buze tries a few new things with his first foray into the family business. Wise diners will stick with the standards. 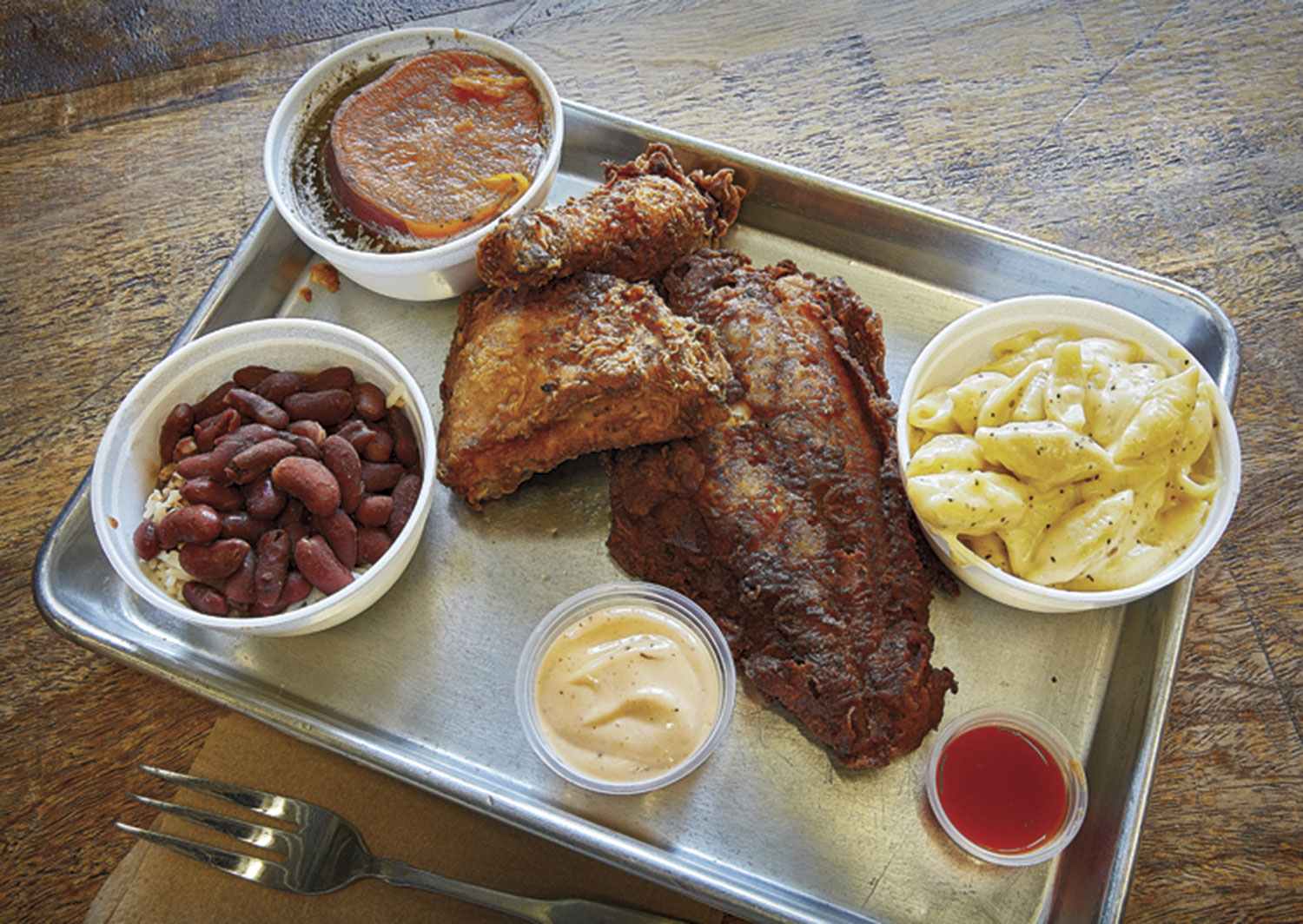 Like the empire-building Larry, who cherry-picked a few of their grandmother’s recipes en route to soul-food stardom, Buze is looking to make his mark on the industry. Earlier this summer, he opened a Cajun-inflected diner called The Root and Soul in Downtown’s DeSoto Central Market, filling a niche left by Stephen Jones’s bygone Delta + The Larder.

Unfortunately, the results are not always on par with expectations. Buze might be descended from soul food royalty, but too much of the menu rings of the common.

His short fish- and chicken-centric menu offers five mains, five sides and four sandwiches. Not surprisingly, the best dishes are those culled from the family arsenal. Buze’s craggy, mahogany-brown fried chicken, redolent with garlic and spices, is finger-lickin’ good most of the time (I had one greasy mishap on a busy Sunday) and his deep-pocketed Belgian-style waffles are crisp and airy. Some may even prefer them to Lo-Lo’s denser, flatter, cinnamon-scented American models.

Soulful sides – syrupy yams and pungent stewed greens, in particular – conjure both Mrs. White’s and Lo-Lo’s, while spot-on potato salad (not cloyingly sweet), gooey “Millionaire” mac and cheese (so named for its richness) and fantastic steak fries (deeply browned and crispy outside, fluffy within) are excellent Buze-created variations on a theme. His assertively seasoned catfish fillets – dipped in buttermilk and dredged in flour, then fried in a cast-iron skillet until they’re almost blackened – arrive piping hot and spicy with a wonderfully moist interior, but they bear little resemblance to the Southern-style, cornmeal-dredged fried catfish found at both Mrs. White’s and Lo-Lo’s, which is, frankly, the way any self-respecting Southerner outside of NOLA wants to eat it. 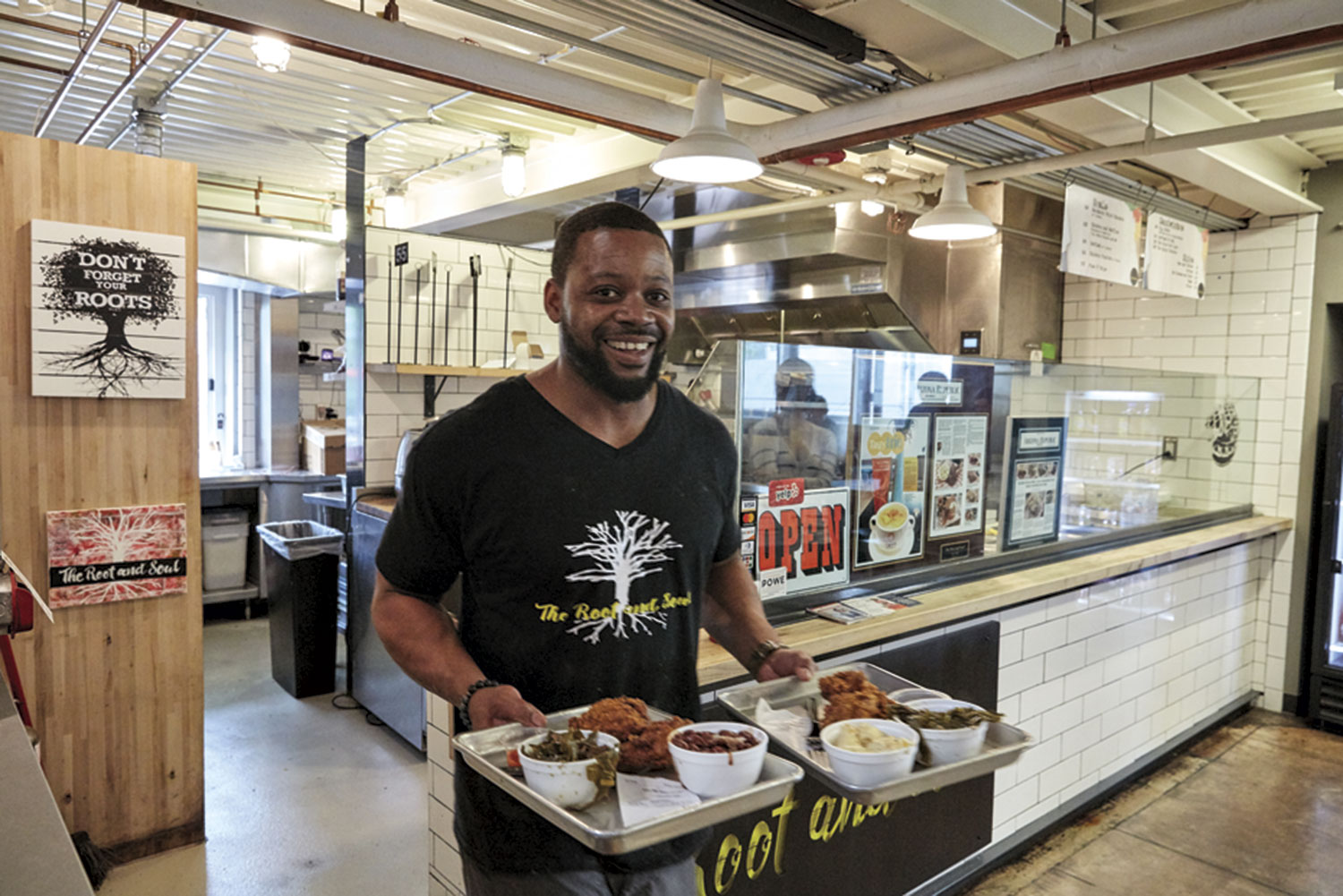 Too often, Buze takes off on ill-conceived tangents that don’t work, offering codfish and chips, for example, swathed in an ultra-crunchy batter that’s still runny at the center. Sandwiches are marred by bread so soft and bland that the ingredients – even Louisiana hot sauce-doused chicken tenders – get lost in the dough. The best of the sandwich lot is the Hula Hot Link, crammed with crisp-edged chunks of spicy pork sausage nicely offset by sweet, pineapple-studded coleslaw and spicy aioli.

Buze’s visually unappealing Cajun version of shrimp and grits, offered for Sunday brunch, is deep brown, like gumbo, with grease pooled at its edges, but its subtle heat and rich, gravy-like quality (so good with the grits, which needed more cooking time to be properly creamy) win me over. “Millionaire” shrimp mac and cheese, another Sunday offering, feels like clean-the-fridge day – it possesses very little cheese, dropping its net value considerably.

Clearly, Buze has the culinary DNA and the chops to make it; what he needs are focus and consistency. He’s trying to fix a soul food template that ain’t broke, which might just be the root of the problem.