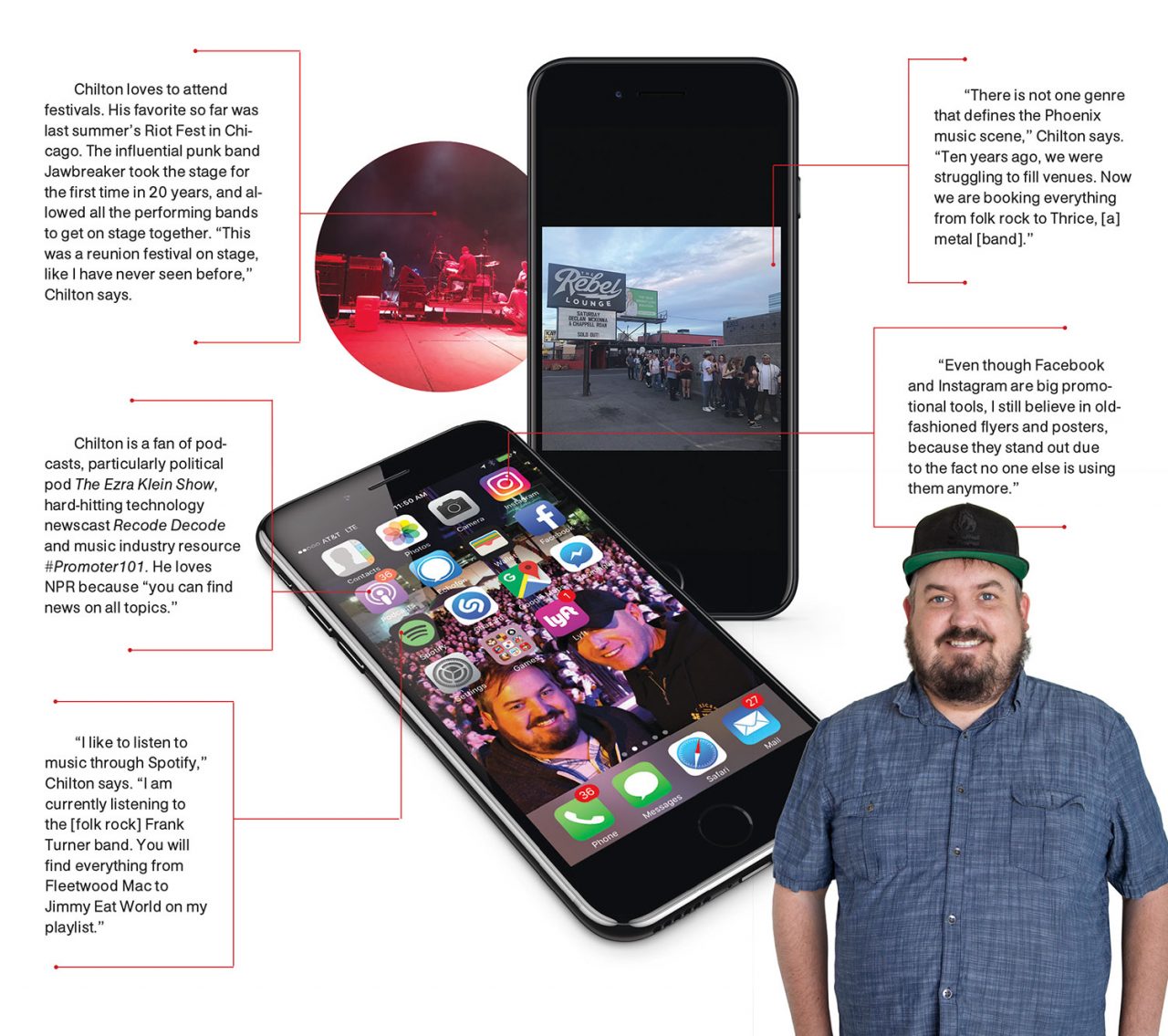 Ever go see a live band in Phoenix and wonder how they packed a venue? The job of booking these acts belongs to Stephen Chilton, better known in the Valley music community as “Psyko Steve.” A Phoenix native and Arizona State University graduate, he has been filling stages in his hometown since he was a teenager. He started by booking friends’ bands as a favor at Modified Arts. Even though he wasn’t particularly interested in music at the time, he realized he could turn it into a business. In 2000, Psyko Steve Presents was born.

Chilton has parlayed his promotional prowess into drawing talent and audiences to venues such as Downtown Phoenix’s Crescent Ballroom, Mesa’s Nile Theater and Phoenix’s Rebel Lounge, which he co-owns. “Even though we are competing with other partners in booking venues, we like to use the term ‘competitive partners,’ because we work together to fill the stages,” Chilton says.