Once a sleepy fishing village and naval base, this reconceived slice of San Diego is embracing a new era.

I get defensive when people ask where I’m from. “Phoenix,” I’ll say, followed quickly with, “but I’m originally from San Diego.” In grad school, I even published an essay on my conflicted feelings of being “from” both places. The assignment had been to identify your hobbit hole, or the place that makes you feel most at home. Torn, I wrote about Gila Bend, best known as a bathroom break for Phoenix road trippers on their way to San Diego. Over the years, Gila Bend has become a signpost that signals I’m close to home – brown desert in one direction, blue sea in the other.

When I go back to San Diego, I try to blend in as a local and fear being found out as, horror of horrors, an Arizonan. But the reality is, if we’re comparing years and experiences, Phoenix wins. I left San Diego with my family before I’d lost all my baby teeth and only returned for a four-year collegiate sojourn. After years living on this side of the state line, I marvel at how much things have changed and realize reluctantly that I no longer know every hidden gem, every great fish taco spot, or every righteous surf break, dude.

So, fine, I tentatively admit it: I’m a Phoenician. And as such, it is my desert dweller duty to vacation in San Diego each year when the summer heat begins to make the Valley unbearable. On the docket this go-round: Point Loma, the formerly quiet fishing village and naval base across San Diego Bay from downtown, known for being the landing place of the first European explorers in California. In the last two decades, like so much in San Diego, Point Loma has changed dramatically. But it’s still retained and nurtured its humble beginnings, and so is the perfect starting point for a reintroduction to my old stomping grounds. 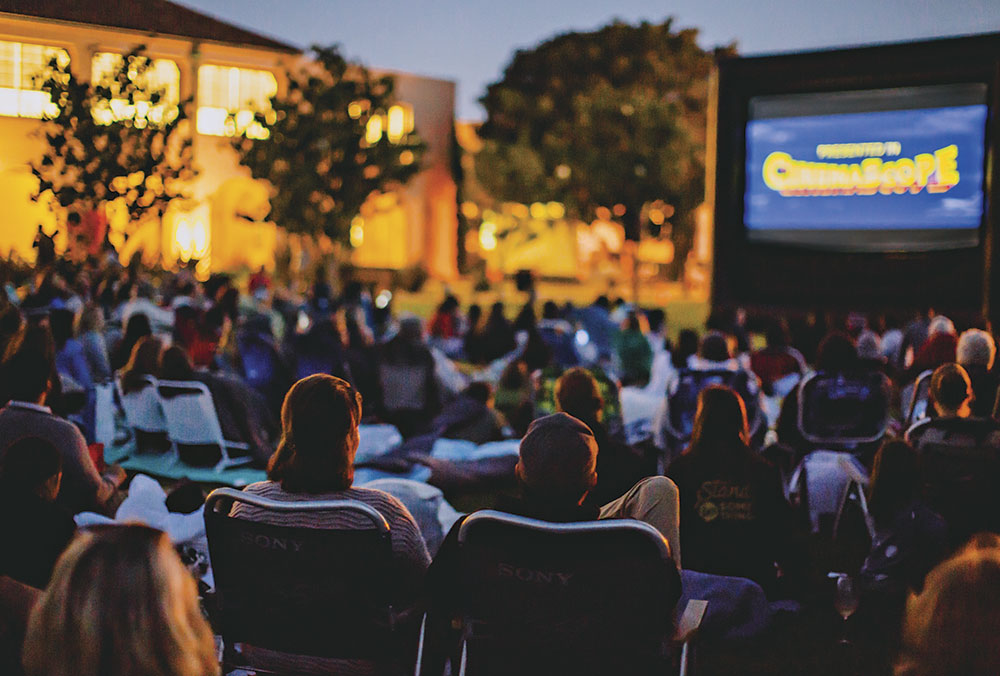 Liberty Station
“The only reason people came to Point Loma was…” my tour guide trails off. “Well, people didn’t come to Point Loma! Except to see the lighthouse at the end of the road.”

Alan Ziter, executive director of the NTC Foundation, the nonprofit in charge of transforming the sprawling former Naval Training Center into an arts district, is showing me around Liberty Station (2825 Dewey Rd., San Diego, libertystation.com). Built from the bones of the 100-acre United States Navy base that operated from 1923 to 1997, Liberty Station celebrated its 10th anniversary as an arts district in 2017. Where seamen used to bunk, more than 100 artists now operate private studios, which are open to the public for perusing and purchasing. “Ten years ago, this was acres and acres of abandoned buildings,” Ziter says. “Now, it showcases the best of our local art community.”

Several museums reside along the shady porticos and grassy courtyards, including the New Americans Museum (newamericansmuseum.org) celebrating immigrant culture and diversity, the Women’s Museum of California (womensmuseumca.org) featuring West Coast suffragette historical paraphernalia and rotating gender equality exhibits, and the Visions Art Museum (visionsartmuseum.org), a textile and quilting arts exhibition that is way cooler than it sounds. Across the promenade is the San Diego Comic Art Gallery (sdcomicartgallery.com), where you can see a life-size statue of the ill-received female Teenage Mutant Ninja Turtle, Venus, and a replica of TMNT co-creator and hometown boy Kevin Eastman’s studio.

In addition to public movie nights, art walks every first Friday night of the month, San Diego Ballet classrooms and THE LOT, an upscale movie theater and lounge nestled in the old naval theater, Ziter says the thing that’s helped bring in a huge influx of visitors is Liberty Public Market (2820 Historic Decatur Rd., San Diego, libertypublicmarket.com). A Navy commissary turned international food hall that opened in 2016, the stalls serve grub a heckuva lot better than military slop. Think oozy, cheesy empanadas from Paraná Empanadas Argentinas, juicy, hormone-free bratwurst and homemade sauerkraut from Mastiff Sausage Co. and authentic buckwheat flour crêpes from Olala Crêpes as good as the ones I had in Paris.

Cap off your around-the-world food tour with a trip next door to Stone Brewing (619-269-2100, stonebrewing.com), a Disneyland of beer with a huge, bocce field-equipped patio. Or, if you’re jonesing for a sit-down supper, the new Officine Buona Forchetta (2865 Sims Rd., San Diego, 619-548-5770, officinebuonaforchetta.com) provides fast-talking Italian servers with great wine recommendations and rotating, freshly made pasta. (Get the melt-in-your-mouth gnocchi.) 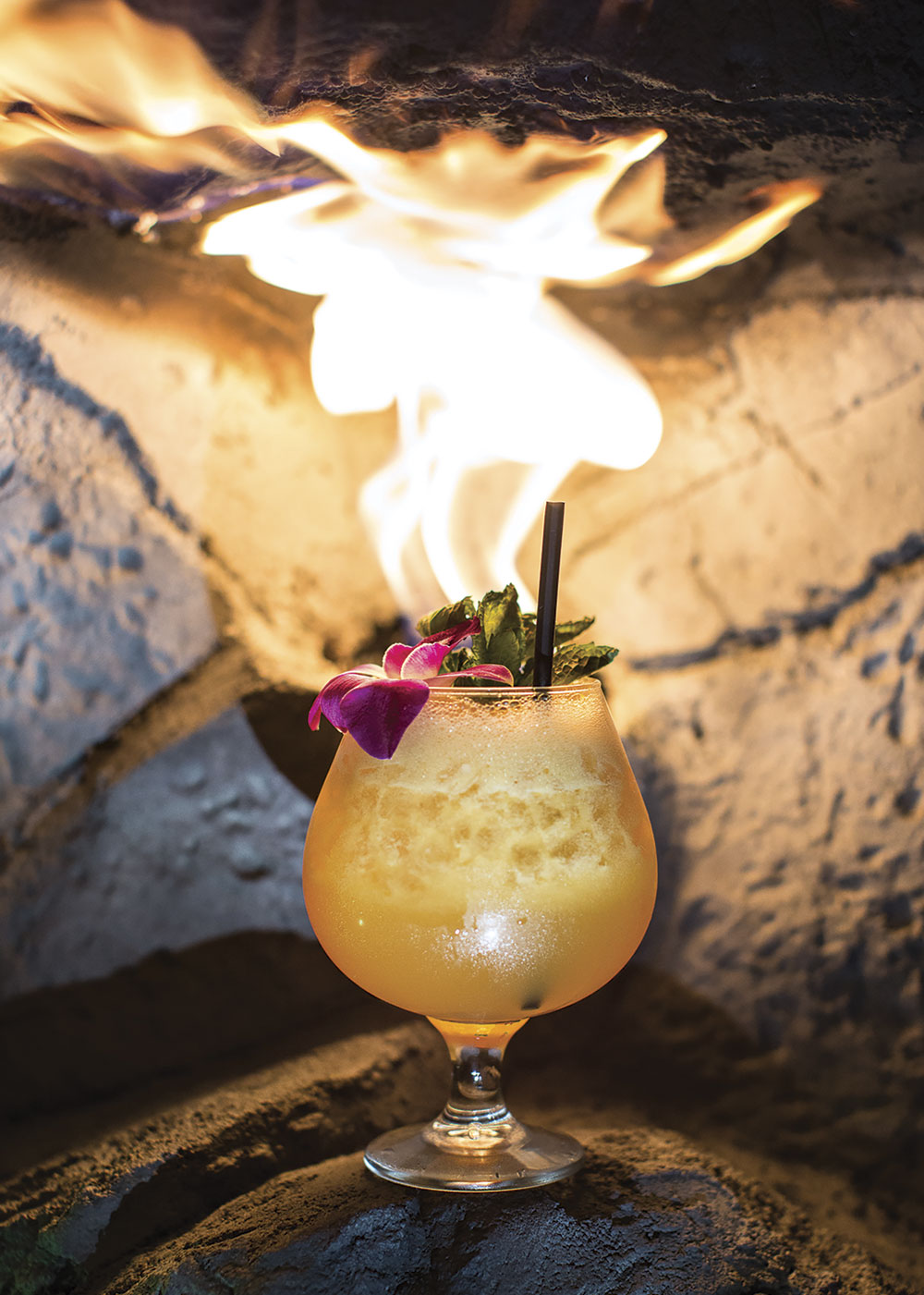 Cabrillo National Monument & Sunset Cliffs
“The lighthouse at the end of the road,” referenced earlier is the Old Point Loma Lighthouse at Cabrillo National Monument ($15 parking fee, 1800 Cabrillo Memorial Dr., San Diego, nps.gov/cabr), named for Juan Rodríguez Cabrillo, the first European to set foot on the West Coast of the now-United States in 1542. Driving along the long, hilly road to reach the far point of the Point Loma peninsula (“loma” means hill in Spanish), I start recognizing the stark, seemingly endless rows of white, Chiclet-looking military gravestones dotting the grassy fields with billion-dollar views from somewhere deep in my hazy childhood memories.

Touring the old lighthouse, I’m having déjà vu, perhaps from some long-ago elementary school field trip. The place is sneakily educational, with a small, unexpectedly fun museum of lighthouse mechanics and history next door to the circa-1855 lighthouse, decorated as it would have been in the late 1800s when lightkeepers and their families were squirreled away in this lonely place, tasked with bringing ships safely into harbor.

A quick drive back up the peninsula will take you to Sunset Cliffs (sandiego.gov/park-and-recreation/parks/regional/shoreline/sunset), an upscale neighborhood on the Pacific Ocean-side of Point Loma and a 68-acre city park with large swaths of conservation areas linked to the large Point Loma Ecological Reserve. Along Sunset Cliffs Boulevard, you’ll find decent hiking trails along the Mars-like sandstone bluffs jutting into the sea and a peek into a hidden sea cave – named one of San Diego’s seven natural wonders by the county tourism association.

Farther down, you’ll find Ocean Beach, San Diego’s (smaller) answer to Venice Beach in Los Angeles. Home to one of the first off-leash dog beaches in the U.S. and a bunch of old hippies, OB is a place I’ve always loved, and I’m glad to find it relatively unchanged save for the swarm of grab-and-go electric scooters everywhere. Snag a tie-dyed souvenir along the main strip of Newport Avenue, grab an outrageous burger and milkshake at Hodad’s (5010 Newport Ave., San Diego, 619-224-4623, hodadies.com) and walk to the end of the pier for a shot at seeing dolphins or even a gray whale. 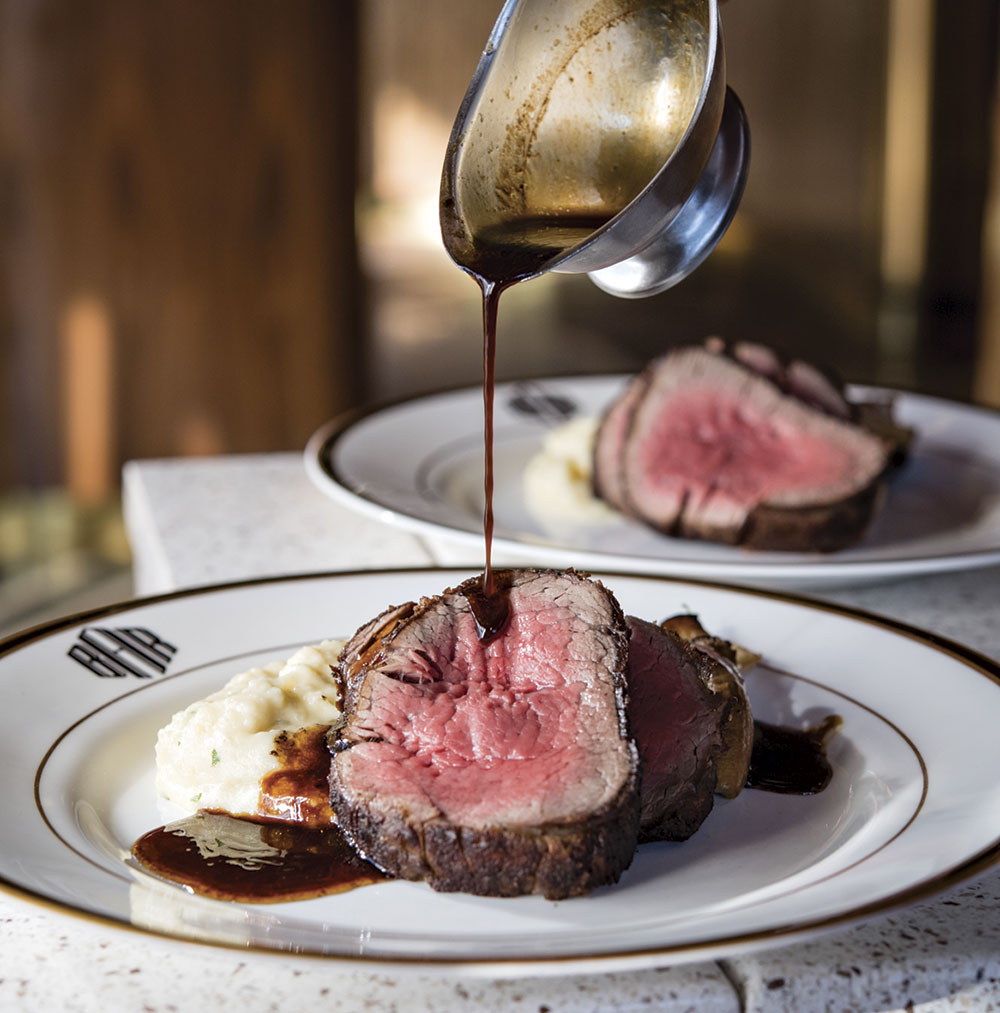 Shelter Island & Little Italy
I start to really embrace my inner “Zonie,” as so many San Diegans deem fit to call us Arizonans who clog their roadways come June, around the time of my Himalayan salt stone massage at Kona Kai Resort & Spa (1551 Shelter Island Dr., San Diego, 619-221-8000, resortkonakai.com) on the far tip of Shelter Island, a manmade strip of land in Point Loma just 10 minutes from the airport. Lying atop a bed of warmed, detoxifying salt crystals while the therapist coaxes moisture into my parched skin, I lean hard into the vacation life and suddenly don’t care so much whether I’m recognized as, gasp, an out-of-towner.

Purchased by the boutique hotelier Noble House in 2013, Kona Kai has undergone extensive, multi-million-dollar renovations, unveiling 41 new guestrooms and suites this past January following a refresh of its upscale New American restaurant, Vessel, a breezy, Baja-style lobby and an adults-only pool overlooking a marina full of swoon-worthy yachts. The resort still plays host to the Kona Kai Club, one of the first developments to go up on the Polynesian-themed Shelter Island in 1953, which welcomed bigtime vacationers like John F. Kennedy, Dick Van Dyke and Clark Gable back in the day.

I maintain the swinging ’60s theme with a splurge of a dinner at Born & Raised (1909 India St., San Diego, 619-202-4577, bornandraisedsteak.com), an almost laughably over-the-top steakhouse in Little Italy, a quick drive around the bay from Point Loma. Case in point: After being seated in a plush, gold-lit booth, I’m offered a “bump” of caviar off my bare hand. Waiters in tuxedos and Chuck Taylors concoct tableside martinis and Caesar salads from roving bar carts. Patrons order their filets “Oscar style,” topped with crab and Béarnaise. Upstairs on the open-air rooftop lounge, people without reservations nurse $14 Manhattans next to midcentury, Malm-style fireplaces.

For after-dinner drinks, I venture down the street to False Idol, a tiki-themed speakeasy inside Craft & Commerce restaurant (675 W. Beech St., San Diego, falseidoltiki.com). Sipping on a Shelter Island Sling – a local riff on a Singapore Sling with rhum agricole, gin, passion fruit and guava ale – and marveling at the ceiling loaded with multi-colored balls of sea glass and the indoor waterfall with thunder and fire effects, I sheepishly admit this is way better than the dives I frequented in college.

On my last morning, I snag one of the resort’s beach cruisers (first hour free) and take a relaxing ride to breakfast. I eat the biggest açaí bowl I’ve ever seen at Northside Shack (1255 N. Rosecrans St., San Diego, 619-738-8233, northsideshack.wordpress.com), relishing the mound of the best strawberries in the world atop my bright pink concoction. Riding back, I turn my head up to better soak up the sun and sea breeze and am promptly cut off by a car with Arizona plates. Loudly cursing the day he was born, I realize there’s a little San Diego left in me yet.

HOP TO IT
You certainly won’t be mistaken as a local when you climb aboard San Diego’s brand new hop-on, hop-off tour bus, but who cares when you can avoid having to find parking everywhere and they have complimentary 4G Wi-Fi on board? The Hopper allows passengers to pop off and explore six different locations in and around downtown, including Balboa Park, Embarcadero, Gaslamp Quarter, Little Italy, Old Town and Seaport Village. Every half hour, another bus will swing through to hop on and go to the next location. Tickets start at $49. ridethehopperbus.com