Nothing ruins a good meal quicker than bad service, a truism proved to me in a myriad of maddening ways during a recent two-and-a-half-hour dinner slog at Mowry & Cotton at The Phoenician, where a poorly trained service staff play-act roles they only dimly understand. It begins with a hostess who looks up at our party of three and asks, “Is it still three of you?” and it continues with our server, who takes our drink order and promptly forgets about us for 20 minutes, delivering beverages and bread to two separate parties who arrived long after we did. I have to flag someone down to let them know that our drink order is MIA. He returns at last with drinks (the melted ice in one of them suggesting it’s been sitting a while) and a lame excuse (the bartender couldn’t find the Moët – really? for 20 minutes?), which neither appeases our disgruntlement nor inspires our confidence. 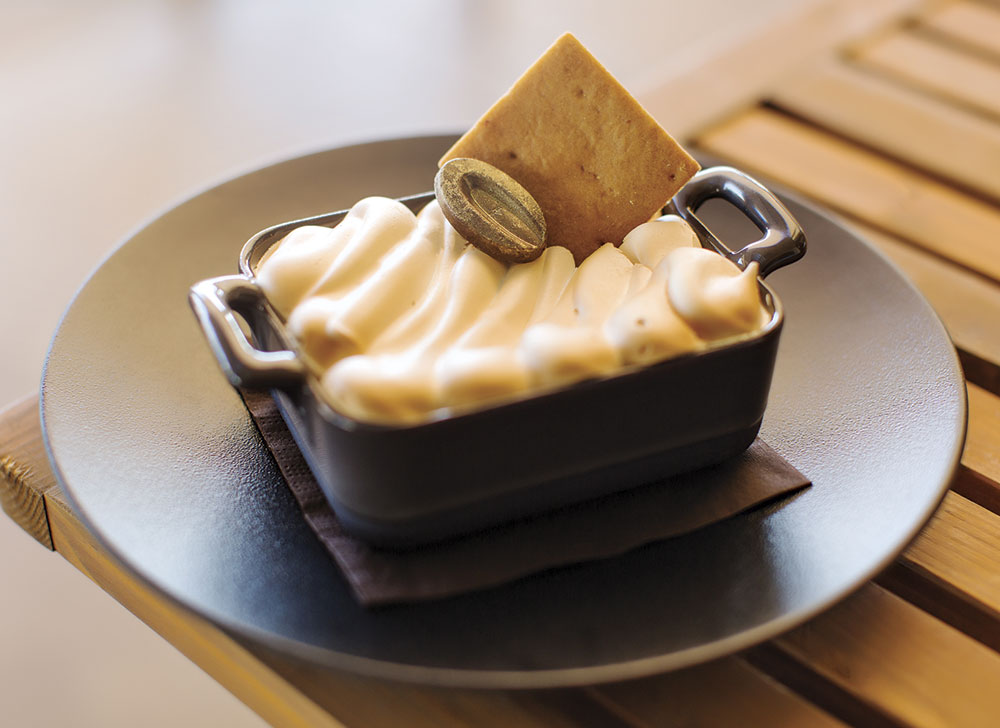 I could go on and on in this vein, and I will shortly, but you should know that this is my third trip to Mowry & Cotton, the resort’s casual, modern American venue, offering rustic Western décor touches and affordable, crowd-pleasing platters and small plates that generally meet or exceed my expectations when I’m not in a snit over the service. My first two visits last fall went swimmingly, thanks to the silky ministrations of veteran server Nate Claiborn, who has since left Mowry & Cotton to return to the fold at FnB. How I miss him on this third and somewhat disastrous outing, when Chef de Cuisine Tandy Peterson’s shiny-topped buttermilk buns, served in a soft, pull-apart cluster, arrive warm and glistening on the outside (just the way I

remember them from visit No. 1) but cool at their centers – because they haven’t been heated up long enough. It’s a shame, given their stellar accompaniments: a smear of citrus butter with gritty pops of sea salt; rich duck fat-fig butter, strewn with pickled blueberries and an assortment of perfectly pickled veggies. We wolf them down, anyway.

Although I could put away whole loaves of crunchy, buttery, toasted country sourdough, offered as another bread course, I’m slightly less excited about what comes with it – namely, a cast iron skillet of gooey Taleggio and ’nduja, a spreadable pork salumi popping up on menus everywhere this past year. I love the ’nduja’s chorizo-like spiciness and texture against the richness of the cheese, but the dish is drowning in grease.

Here’s what goes infinitely better with that addictive toasted bread – fat, juicy meatballs, fashioned from ground veal and black garlic (the rage these days, thanks to its subtly sweet, umami-packed flavor profile), each luscious orb draped with melty mozzarella, olive oil-anointed arugula and acidic dabs of sweet tomato jam. The only thing that could make it better? Eating it on the couch in front of the TV. 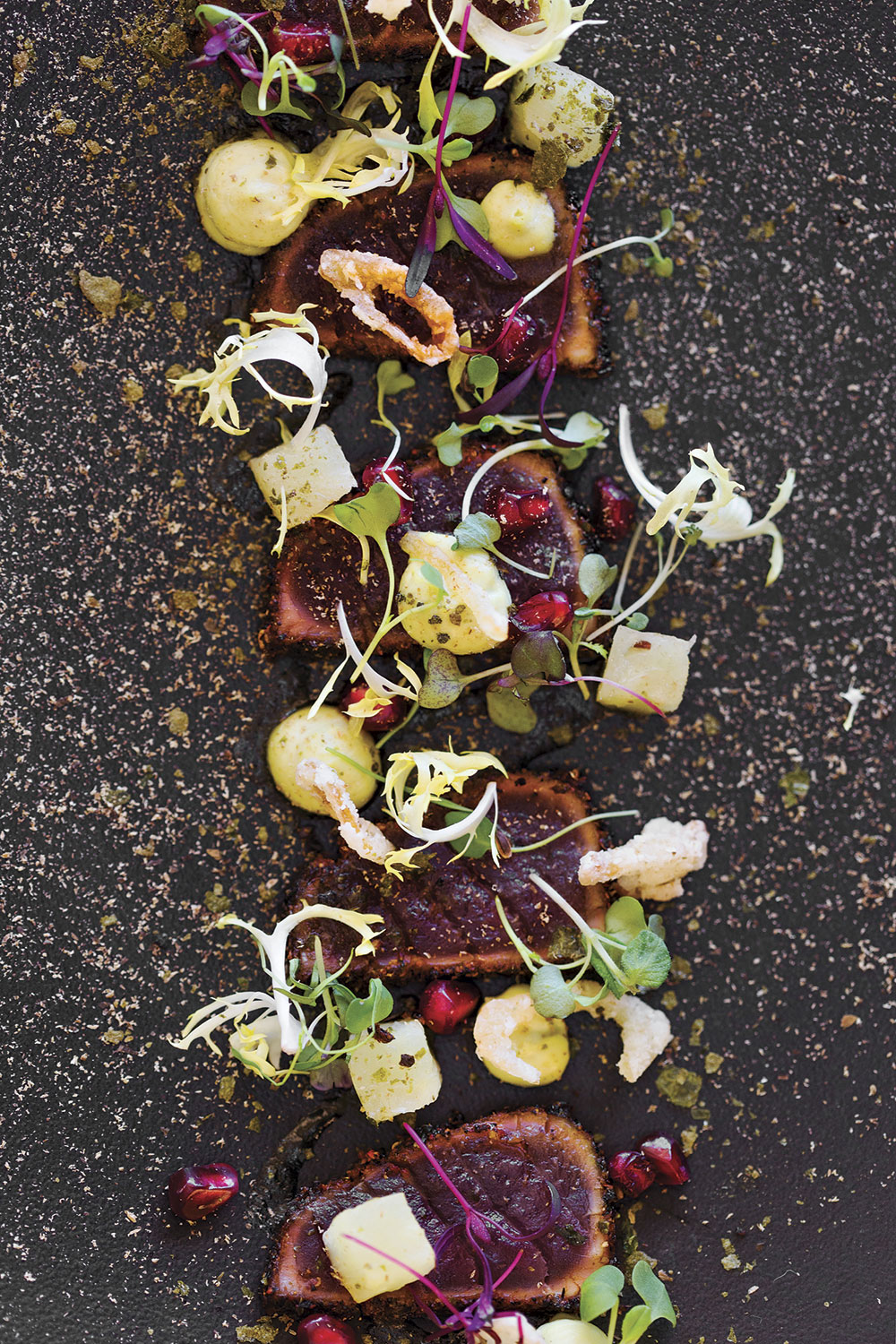 Twenty-six bucks seems pricey for a small plate containing five slices of charred tuna, but everyone at the table likes the combo: fish topped with tiny chunks of sweet pineapple and buttery dots of avocado, offset by black pepper, tart pomegranate seeds, bitter curly endive and crispy deep-fried bits of shallot for a subtle one-two punch of garlic and onion. Equally satisfying (to me, at least; my friends aren’t so sure) are shaves of mild, meltingly tender bison carpaccio served with grapes, turnips, curly endive (not the radicchio the menu claimed) and shatteringly crisp, dried fruit-studded crostini, the latter a nod to Kevin Binkley, Peterson’s former employer.

Meanwhile, Saltspring Island mussels from British Columbia are a far cry from the plump, fresh-tasting delicacies I’ve regularly loved at Rancho Pinot. Here, they’re small and ultra-salty, probably from the Spanish chorizo that accompanies them, along with white beans and Swiss chard. And why have most of them fallen out of their shells into the beans? Nothing about this dish works.

My group planned to order a cowboy ribeye and the smoked spare ribs I liked so well on my first visit, but we have restaurant fatigue. It’s taken two hours to receive two rounds of food despite a manager who obliviously shambles about in the same suspendered getup as his crew, albeit so ill-fitting that we inadvertently get a glimpse of his skivvies. It’s not very Phoenician-like.

Heading straight for desserts, we sample deliciously clever apple crumble (a mound of toasty molasses ice cream painted to look like an apple perched alongside), an excellent lemon meringue pie, a likable s’mores pie (gooey with dark chocolate and burnt marshmallow) and a forgettable peanut butter bar. By the time we’ve finished them, the restaurant is deserted, and the servers are cleaning their stations, never bothering to notice that we’d like to pay and get the hell out of Dodge. The hostess has disappeared and a clueless server incorrectly validates our parking ticket, leaving us stranded without an exit ticket in the parking garage. After I push the “help” button, the gate lifts and we are free at last. 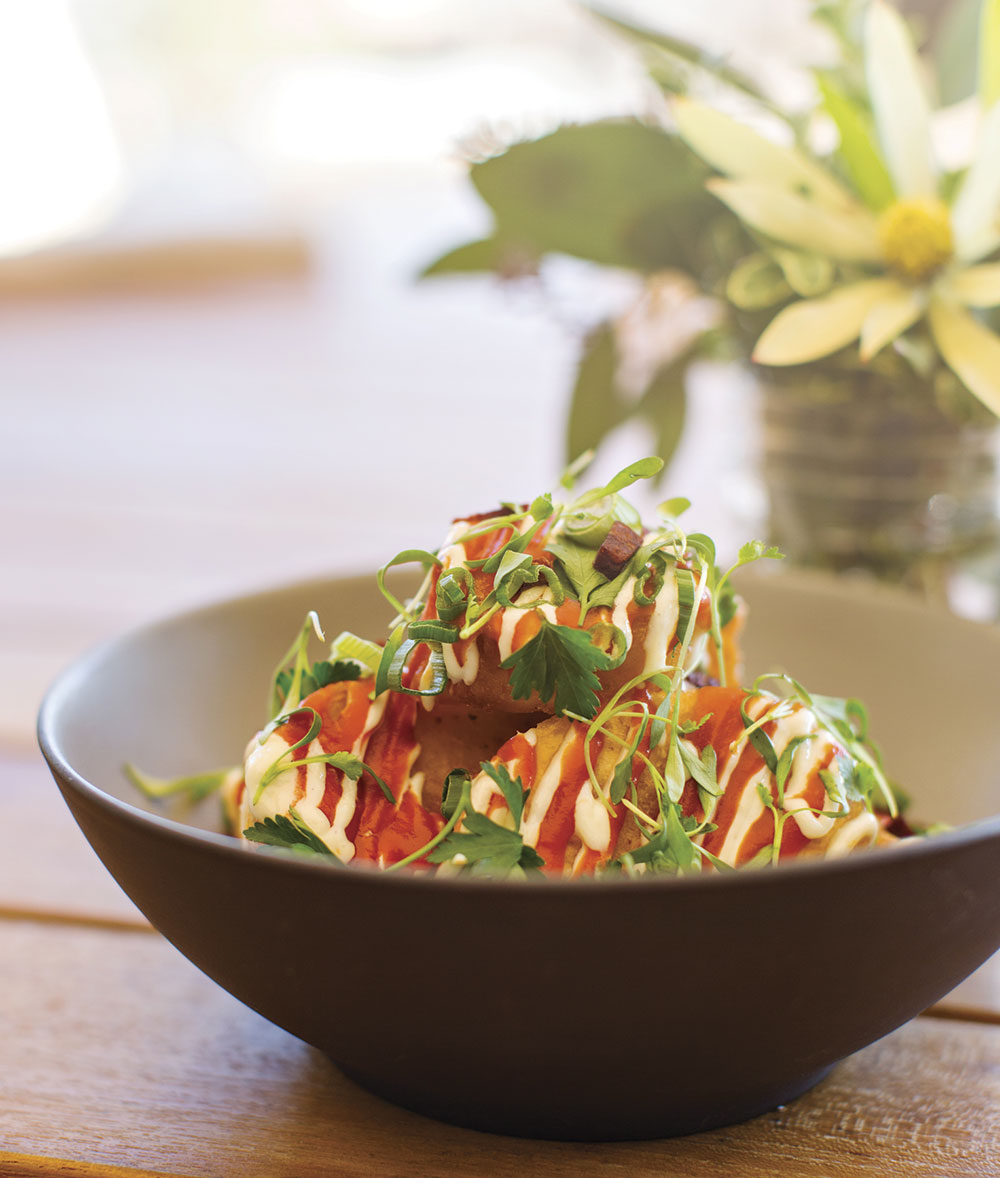 On visit No. 4, my heart sinks when I draw the same server who ruined visit No. 3. We order five dishes, and I specifically ask him to bring the salad and flatbread first, which he does, dropping the steak, spare ribs and spuds precisely three minutes later. (A little common sense would go a long way here.) On the plus side, flatbread topped with wild mushrooms, scallions, golden apricots and horseradish turns out to be as startlingly good as it sounds. Meanwhile, a lime vinaigrette-tossed Mowry chop salad, featuring avocado, corn, cotija, black currants and cubed pheasant, all given a drizzle of mole, comes straight from the Southwestern cuisine playbook, which is fine by me. Unfortunately, the pheasant is dry and completely unexceptional, no better than chicken yet way pricier.

My friend and I fully expected to love the cowboy ribeye, mantled with hunks of melting smoked blue cheese, pickled onions, crunchy pepitas and chimichurri, but it’s a bit too busy when all is said and done. Meanwhile, the smoked, honey-chipotle-shellacked spare ribs that I loved the first time – they’re even dotted with dainty flowers! – taste less like the sticky meat candy that won me over and more like the sort of traditional dry-rubbed ribs you could find anywhere. At least the crispy potatoes, amped up with chorizo, horseradish and tomato brava hot sauce, are worth the 11 bucks we pay for them.

Tandy Peterson’s fun – and sometimes great – food aside, I can’t get the bad taste of spectacularly bad service out of my mouth. I accepted long ago that Mary Elaine’s is gone and The Phoenician’s ooh-la-la status with it, but I still expect a property billing itself as “Arizona’s premier luxury resort destination,” to maintain a certain level of excellence, and it doesn’t include lousy service or unsolicited Hanes sightings. 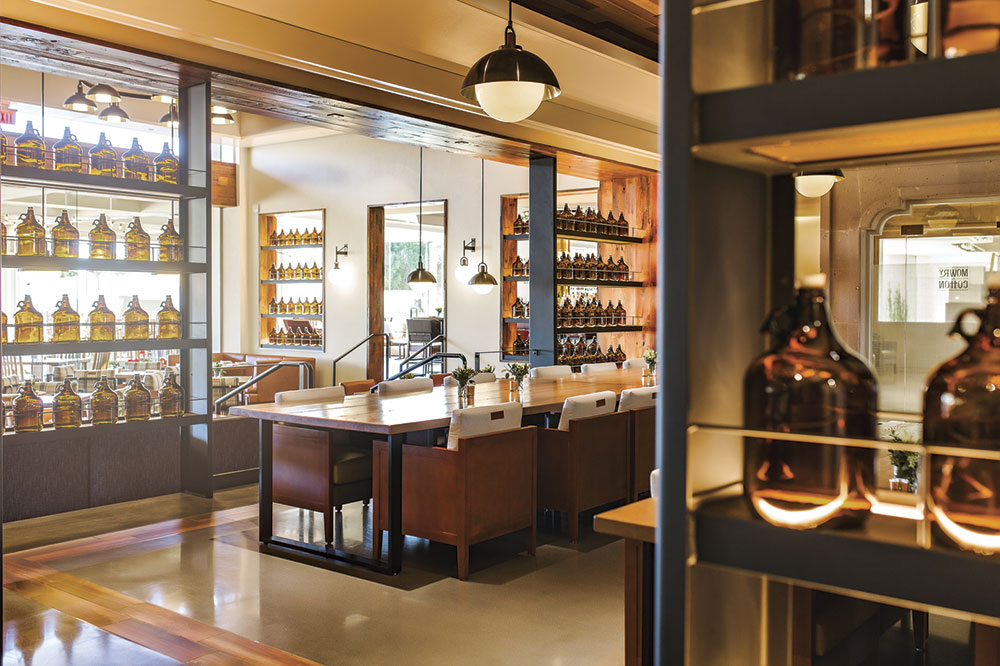