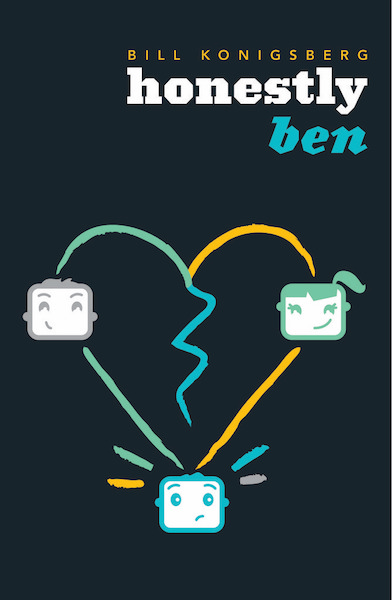 The sequel “Honestly Ben,” is told through Ben Carver’s perspective, narrating his struggles to deal with pressure at school, repression at home and being in love with two different people. According the author, the story will have similar humorous elements as the first book, and it will address the importance of embracing true identity.

The New York native began his career as a sports writer. Konigsberg later transitioned as a fiction writer, and published the acclaimed books “The Porcupine of Truth” (2016 Stonewall Book Award and PEN Center USA Literary Award), “Openly Straight” (Sid Fleischman Award for Humor) and “Out of the Pocket” (2009 Lambda Literary Award).Currently, Konigsberg resides in Chandler and works at the Piper Center for Creative Writing at Arizona State University, where he coordinates and teaches in the Your Novel Year online certificate program.

PHOENIX magazine caught up with Konigsberg ahead of his book signing this Tuesday, and chatted about the writing of his new heartwarming book and readers’ expectations. 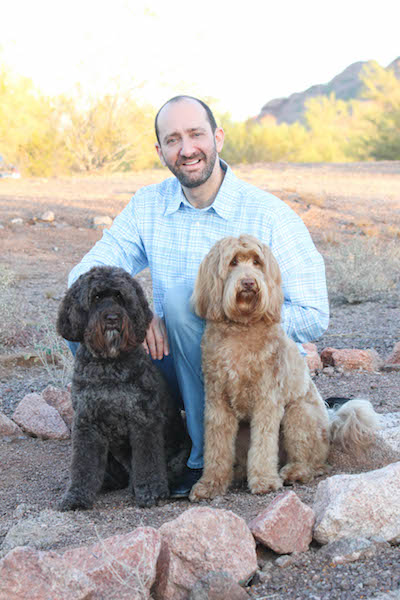 How did your own experience inspire the journey of your main characters, Ben and Rafe?

I think that for both Ben and Rafe, the journey is about how to be authentic. Rafe was struggling with how labels seemed inauthentic, with how the “gay” label seemed to overwhelm everything, but losing the label suddenly became a lie. Ben is struggling with expectations, and how the world seems to have a strong opinion about the right path for him to take, and how that path doesn’t feel authentic. Both of these are [similar to] my own journey from different times in my life.

How is the sequel different from the first book?

Hopefully the sequel fits with the first book in terms of it bringing readers back to that same world, the same feel, but with a very different voice. Writing from Ben’s perspective really was a challenge for me, because his voice is really not my voice. There’s also a very different view of Natick, coming from a perspective that has a different understanding of privilege. Ben’s family is poor; that changes how he sees Natick. Rafe didn’t have that perspective.

Describe the process of changing the point of view to Ben’s. What did you learn about the character that surprised you?

What a good question! A lot surprised me about Ben. The biggest thing was trying to understand how the mind of a stoic, or somewhat repressed, person works. I tend to say whatever is on my mind, and that’s not Ben at all. So I got to sit in his chair a bit and see what that’s like. One thing that I noticed is that stoicism has power. Not saying everything allows a person to control the information, which is … well, it’s interesting! I might need to try that some time.

How did your writing process change knowing the success of the first book and the expectations of your readers?

It’s tough when you’ve had some success just being yourself. Because Openly Straight is just a very “Bill Konigsberg” sort of book. There’s a lot of my way of looking at life in there, and there’s a lot of my voice and personality. What happens with success is you start second guessing yourself. Do I deserve that? Is it a fluke? Am I an imposter? All those voices get into your brain and want to ride along as you write, and I had to do my best to kick them out and just go about my process without listening to them. Much, anyway.

Can you tell us a little bit more about the love triangle that Ben will be in?

Ben meets a girl named Hannah. Hannah is great. She’s opinionated and smart and interesting, and he’s incredibly attracted to her. She’s the kind of girl he’s always wanted to meet, much more so than his one-and-only girlfriend to this point, Cindy, who was basically the right girlfriend for him given his conventional path back home in Alton, New Hampshire. Hannah is much more authentically someone he likes. So he suddenly has a girl who really interests him, and his friendship with Rafe, which is … complicated. And he’s mindful about how not telling someone something can be a lie by omission, so he tells Hannah, and she understands. So it’s all fine, right? He has a girlfriend, and a best friend. Or is it?

What do you think is the impact on young people to read about gay and relatable characters?

I think it’s everything, frankly. I have met so many young LGBTQ people who seem far more confident than I did at that age, years ago, and I’m convinced that it’s about them seeing themselves in books, television and movies. I’m so proud to be part of that for this younger generation. It is the thing I am most pleased about in my life.

Some readers have commented about being heart broken with the end of Openly Straight. What hope can you give them with this second part of the story?

This book will make your heart whole again. I promise! Just be ready for a fun and real wild ride with all the feels!

What can you tell fans who are eager to find out what happened next?

You’d hate me for ruining it for you! Just know that there’s a whole other book out there, with lots to sink your teeth into, lots to ponder, decisions to be made regarding what team you’re on (Team Rafe or Team Hannah). You’re gonna have fun, I promise!

Will there be a third book?

I don’t know yet. At this point with Openly Straight, I had no idea about Honestly Ben. I could see a third book happening, but it will depend upon how things go with this one and whether readers clamor for more again.