At the time, Arizona’s then-Governor Fife Symington called claims of an alien UFO preposterous, while the military explained away the lights as flares. But years later, Symington admitted to seeing the light formation and referred to it as “otherworldly.”

Seven years after the mass sighting, Dr. Lynne Kitei, a physician at the Arizona Heart Institute and former actor (you may remember her as Florence Arizona in “Raising Arizona“), came forward publicly to say that not only had she also witnessed the Phoenix Lights, she’d seen the same UFO two years prior from her bedroom window. Kitei documented her experience and wrote the book Phoenix Lights: A Skeptic’s Discovery That We Are Not Alone and acted in the award-winning Raising Arizona.

We caught up with Dr. Kitei* ahead of the 20th anniversary of the Phoenix Lights, which is being marked with a screening of her film, presentations and a book signing at Shea 14 on March 12, from 1-5 p.m. It’s highly recommended you buy tickets in advance at movietickets.com/movie/mid/51073. 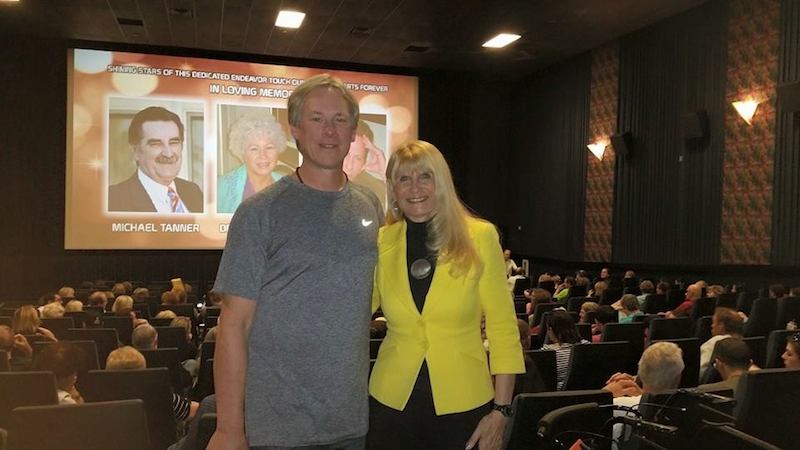 *(Kitei’s answers have been edited for clarity and brevity.)

Tell us a little about your background in regard to the Phoenix Lights, and what you’ve been up to lately.

As destiny would unfold, I have become a key witness to the historic and still unexplained 1997 Arizona mass UFO sighting, with no previous knowledge or interest in the subject. But after thousands of others reported what I had been documenting on film for over two years, I pushed my accomplished career [as a physician] aside to try and find a logical explanation for what I experienced prior to, during and after the March 13 events. I have yet to find one.

What I did discover was an entire world of intriguing and important information – that I had no idea existed – while compiling an intricate daily diary, leading to a 750-page journal of incredibly credible data. Ultimately, after seven years of anonymity and intense research, as a scientist, educator, physician for over 40 years and a first-hand experiencer to what is now hailed as the most witnessed, most documented and most important mass UFO events in modern history, I felt it was imperative that I come forward in March 2004 with the riveting data and let others decide for themselves. Since then, I have shared the Phoenix Lights story on hundreds of national and international radio and TV programs, including History, Science, Travel, Discovery, and National Geographic channels.

In addition, for the past five years, I have been developing a comprehensive curriculum on the topic for grades 4 thru 12 and will be releasing the groundbreaking Phoenix Lights, UFOs & Crop Circles coloring book on Amazon.

To date, the only explanation that was announced after five months of military and government silence concerning the most public flyover of anomalous aerial phenomena ever, was that the lights were merely military illumination flares. However, three Air National Guard pilots tried to re-enact the Phoenix Lights on March 8, 2000, and failed. Bottom line: The Phoenix Lights have never been recreated or explained.

Plus, the silent mile-wide V-shaped craft that traversed throughout Arizona, Nevada, California and New Mexico for over a dozen hours during the mass sightings, has never been addressed.

In fact, after a meticulous 12-year study of thousands of credible reports to the National UFO Reporting Center in Seattle, Washington, AZ MUFON (Mutual UFO Network), Village Computer Labs in Tempe, AZ and former Phoenix Councilwoman/Vice Mayor Frances Barwood, it was concluded that there were 10 different crafts. Whether it was one craft that could morph or a parade of different crafts, we may never know. But according to the investigators, there were many things happening at the same time in different areas, leading to their conclusion that there was a parade of anomalous aerial phenomena.

Why did you remain anonymous for seven years after witnessing the Phoenix Lights?

Both my husband (who is also a physician for over 40 years) and I are healthy skeptics. But we were also witnesses to extraordinary and advanced technology. Not only did I capture 35mm photos of oval orbs in a pyramid array just yards from our home in 1995, I also filmed a mile-wide formation of equidistant lights head-on [which then turned] into a V -shape in January 1997 – two months before the March 13 mass UFO events.

(This sighting was also witnessed by a group of air traffic controllers at Sky Harbor. As they described, “six points of equidistant lights appeared at 1,000 feet over Class B restricted airspace, turned as a unit against the wind, elevated in synchrony and then moved slowly behind South Mountain.” The same massive “object” was again reported in the same restricted airspace during the March 13 events.)

Even though I witnessed and photographed the anomalies up close and personal, I knew nothing about the topic and actually shied away from it. But when thousands of other Arizonans saw what I had been documenting and then I discovered that these phenomena have been gracing our skies globally since human records began, I needed to educate myself to what was going on. After seven years of compiling the most credible reports and data, I ended up with a 750-page journal that confirmed that we have been and are being visited by something not of our world.

It wasn’t an easy task to keep silent with all the credible info I was finding, but at the time the topic was too controversial and those who did come forward were ostracized and discredited. Ultimately, after much soul searching, I knew I couldn’t stick what I had compiled in a drawer. The data is just too important not to share. And since there is so much misinformation surrounding our extra-ordinary 1997 anomalous events, not only was it vital for me to set the record straight, but as a physician, I wanted to let others know that they are not crazy or alone.

What is the most bizarre conspiracy theory about the Phoenix Lights that you have heard?

There is a plethora of incongruous and even comical explanations for the Phoenix Lights, including military flares, holograms, blimps, Chinese lanterns and even geese with flashlights in their mouths!

Most anomalies can be explained. Only a small percent cannot. But just because we don’t have the technology yet too definitively define what they are, it doesn’t mean they’re not real.

You’re hosting a 20th anniversary celebration of the Phoenix Lights on March 12. Will there be any surprises or revelations, or is there anything about the event that you may clue us in on?

We are grateful and honored to join forces with Harkins Theaters each year since the 2005 premier of our international award-winning Phoenix Lights documentary at Shea 14 cinemas. We continue to celebrate Phoenix Lights at Harkins Shea around the March 13 anniversary date and look forward to another packed house this year.

According to your bio on thephoenixlights.net, you are no stranger to the movies and stage, yourself. You’ve acted in over 30 theatrical presentations, including Raising Arizona, which was filmed in various locations around the state. What has been your favorite role and why?

Before my medical training at Temple University Medical School and the Medical College of Pennsylvania in the early 1970s, I appeared in over 30 featured and starring roles in professional musical comedies including “Alice in Wonderland” with Sherman Hemsley, “Oklahoma” starring Gordon MacRae, “Guys & Dolls” starring Betty Grable, and understudied for Barbara Eden in “The Sound of Music.” I also had the supreme pleasure of playing the role of Florence Arizona in the Coen brothers’ iconic hit “Raising Arizona.”

My favorite singing roles are Maria in both “The Sound of Music” and “West Side Story.” However, since there is an actual reference to my character, Florence Arizona, and UFOs in “Raising Arizona” – 10 years before the Phoenix Lights – I would have to say Florence is my favorite role. Not to mention that the cinematographer of “Raising Arizona” was Barry Sonnenfeld, who directed the “Men in Black” films. Coincidence?!

Do you enjoy a good UFO or extra-terrestrial-themed movie? If so, what are 3 of your favorites?

Having little interest or knowledge of the topic before the mass sighting, the only UFO-related movies I had ever watched were Spielberg’s “E.T.” and “Close Encounters of the Third Kind.” And as a family, we also enjoyed the wonderful stories and messages relayed in the original “Star Trek” series.

Since the mass sightings, my three favorite films are “Contact,” “Paul” and “Arrival.”

But I look forward to a film that relays a genuine depiction of what really happened here, especially the fact that there has never been one report of harm, threat or abduction associated with the lights in 20 years. The benevolent sighting affected thousands of people at a very deep level. There is MUCH MORE to the Phoenix Lights story yet to be told!

(Editor’s note: an earlier version of this post said Dr. Kitei directed “Raising Arizona” when she acted in the movie. We regret the error.) 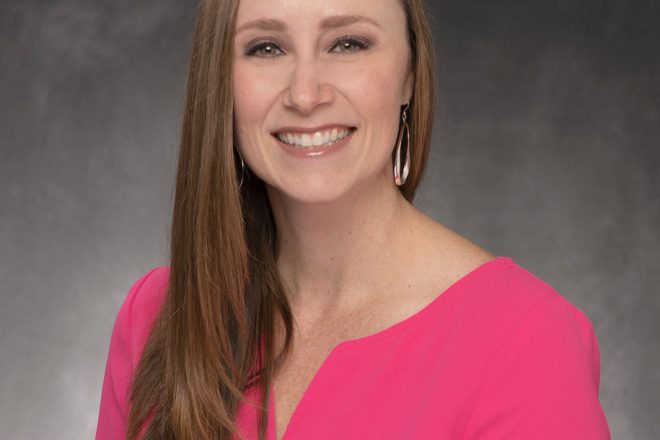 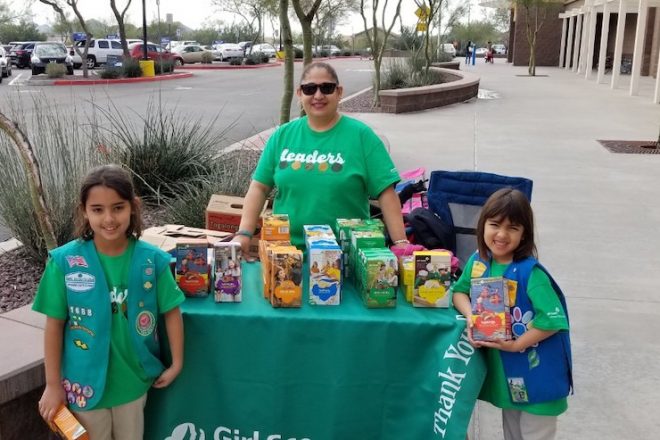 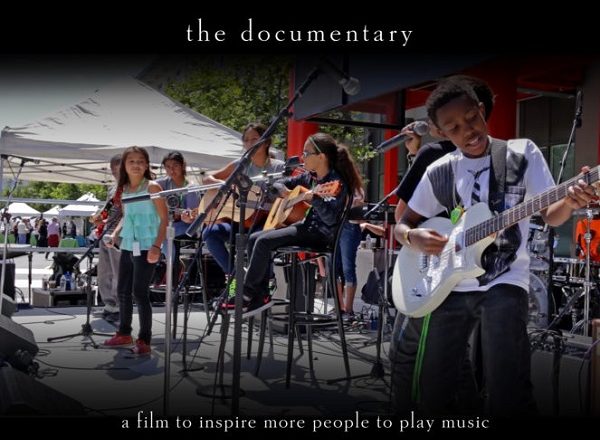