Best Original Latina Art
Mucho Más Art Studio
When your significant other all but worships Frida Kahlo and is otherwise notoriously hard to buy gifts for, spotting a handmade wall plaque featuring Frida’s portrait just before Valentine’s Day can feel miraculous. But it’s only one of the affordable, colorful and original pieces you’ll find at this cheery gallery of “Crafty Chica” Kathy Cano-Murillo and her cronies Patrick Murillo and Emily Costello. 1736A E. McDowell Rd., Phoenix, muchomasartstudio.com

Best New Concert Ritual
Rubbing the Bust at The Van Buren
The latest addition to Phoenix’s live music scene hits all the right notes. Ba dum bump tss. From the team behind Crescent Ballroom and Valley Bar, the Van Buren is a wide-set, spacious, 2,000-person former auto showroom with gnarly acoustics and a concert calendar of indie darlings and mainstream bands: Belinda Carlisle (July 25) one night, Interpol (October 1) the next. But the thing we love most: rubbing the satisfyingly slick bald pate of President Martin Van Buren’s bronze bust upon entry. Those who are about to rock salute you, Mr. President. 401 W. Van Buren St., Phoenix, 480-659-1641, thevanburenphx.com

Best Effort to Beautify the Great Outdoors
Scottsdale Public Art
The West’s Most Western Town boasts more than 90 permanent works of public art scattered around the city – from the LOVE statue at Scottsdale Civic Center Park to the desert motif murals carved into the towering walls of the Loop 101 freeway. Scottsdale Public Art also hosts temporary exhibits at the Scottsdale Waterfront, including the recent Reflection Rising, a kinetic sculpture of brightly colored streamers dancing in the wind. 7380 E. Second St., Scottsdale, 480-874-4645, scottsdalepublicart.org

Best Mural
The David Bowie Wall
Phoenix has some impressive murals. But the one that makes us want to put on our red shoes and dance the blues is the David Bowie tribute wall on Seventh Street. It spans 80 feet and features iconic images of the late, great Bowie, from the Aladdin Sane album cover to his Labyrinth days. Maggie Keane, former courtroom sketch artist, created the soulful mural. East side of Seventh Street, two blocks north of McDowell Road.

2018 Best of the Valley Best Movie Theater Popcorn
Harkins Theatres
Locations throughout metro Phoenix  harkins.com
• If you order it without salt, they’ll pop a fresh batch for you.
• Sign up for Popcorn Perks ($30), get a medium bag of popcorn each visit at no charge for 12 months (up to 36 visits).
• Harkins offers the ginormous “Big Party” bag of fresh-popped corn to go.

Best Place to Wear Kids Out
Ninja Zone at Arizona Sunrays
The next time your kids are literally jumping off the walls, channel Mr. Miyagi and take them to the Ninja Zone at Arizona Sunrays gymnastics and dance gym in Arcadia and North Phoenix. Ninjas-in-training (ages 4-11) run, roll, flip, spin, jump and kick through a series of obstacles to learn grace, control, discipline, stealth and fluidity – and to burn off a little energy, praise be. Two Valley locations, 602-992-5790, arizonasunrays.com

Best Hotel Lobby to Hang Out In
FOUND:RE Phoenix
Step inside this arts-district Downtown hotel and look down. That’s digital art, sweetheart – a responsive graphical algorithm that projects fascinating computer-generated imagery through the floor. Keep stepping to see what the design does. The friendly hipsters at the registration desk will even change it, if you ask. Find more fun art inside, covering the walls and draping from the ceiling. Most of it’s for sale, including Burtney – the hotel’s signature Burt Reynolds-Britney Spears mashup (which recently sold, sadly). 1100 N. Central Ave., Phoenix, 602-875-8000, foundrehotels.com

Best Humpday Pick-Me-Up
Bull Riding at Buffalo Chip Saloon
Skip the watered down margs at happy hour this Wednesday and head north for live bull riding at Buffalo Chip Saloon in Cave Creek. Yes, you can give it a shot if you’re brave enough. Better yet: Order a beer and a rack of ribs and watch the wannabe cowboys ride from the safety of the grandstand and forget about Linda from HR not returning your email for a few hours. 6823 E. Cave Creek Rd., Cave Creek, 480-488-9118, buffalochipsaloon.com

Best Crafting Class
Sunshine Craft Co.
Lean in to your past summer camp persona at this sunny, bright, welcoming space in the Melrose District. Sunshine Craft Co. owner Amy Guerrero teaches wannabe weavers to make macramé wall swag and plant hangers, and opens up her shop for free-play crafting and letter-writing nights. Keep an eye on the calendar, too, for weekly classes from guest teachers, from felting faux succulents to learning about healing crystals. 700 W. Campbell Ave., Phoenix, sunshinecraftco.com

Best Hidden Garden
Cactus Garden at The Phoenician
Nestled at the base of Camelback Mountain, hidden near the resort’s entrance, resides this charming little garden, where horticulturists have planted Sonoran Desert cacti and succulents, as well as more exotic species of cacti, each one labeled. For many visitors, it will afford them their first glimpse of a giant saguaro, and even if you’re a jaded Arizonan, the Bunny Ears and Peruvian Apple cacti are bound to inform and delight. In December, the garden is filled with holiday lights. Ask the concierge for the self-guided brochure. 6000 E. Camelback Rd., Scottsdale, 480-941-8200, thephoenician.com

2018 Best of the Valley Best Retro Sign
Copper Star Coffee
4220 N. Seventh Ave., Phoenix  602-266-2136  copperstarcoffee.com
• The sign is big. Like, really big. A gigantic, brightly lit coffee mug sits atop a Jetsons-style starburst.
• Adaptive reuse at its best. Though Copper Star isn’t that old (it opened in 2006), the building is, having originally served as a 1940s Chevron gas station.
• Live jazz on the weekends.

Duke Photography
2810 N. Seventh Ave., Phoenix  602-265-2605  dukephotos.com
• The teal and yellow colors of the illuminated sign are a nod to the late owner’s hobby of raising peacocks.
• Fooled you. The neon signage isn’t retro, it’s only made to look that way. It went up in 1999.
• Mic drop for Duke’s nearly 70-year run – and counting – as a successful photo studio.

2018 Best of the Valley Coolest Bar Tunes
The Womack
5749 N. Seventh St., Phoenix,  602-283-5232  thewomack.us
• Motown hits pair perfectly with mid-century bites like deviled eggs and French onion dip.
• Thursday through Saturday, the soul-and-blues Roscoe Taylor Band plays into the wee hours of the night – just as they did at the defunct Chez Nous nightclub that inspired The Womack.
• Bonus points for great font usage – the menu employs stylized fonts that ooze a 1960s sensibility.

Melinda’s Alley
Entrance in the alley between Adams and Monroe streets, off Central Avenue
• It’s underground, which is the No. 2 speakeasy requisite, short of actual illegality.
• As you descend the stairs, you’ll hear silence. But as soon as the door opens, 1940s music greets you, spiked with 1960s soul from crooners like Etta James and Otis Redding.
• With a choice of only five (expertly made) cocktails, this place lets you sit back and enjoy the scene.

The next time you want to throw a bitchin’ soirée, give these Valley cool kids a call.

2. Best Party Fare
{M.A.H.F.} Mingle + Graze
After launching her line of Persian-inspired marinated olives a few years ago, specialty foods industry vet Mahfam Moeeni-Alarcon has expanded her offerings to include Mingle + Graze, a customizable spread of artisanal cheeses, charcuterie, pickled veggies, homemade condiments and more – for as few as 10 people to as many as 200. mahfaz.com

3. Best New Boutique
NOONS
Michele Nunes is one of those cool girls you want to be friends with – or at least swap clothes with. Her thoughtfully curated boutique is a fun mix of vintage and new, from drop-waist dresses seemingly plucked from Studio 54 to emoji-shaped gold earrings. 2811 N. Seventh Ave., Phoenix, noons.co

5. Best cool-cat party guest
Bob Corritore
When the much-loved blues musician, Rhythm Room club owner and record producer shows up at your party in his trademark pompadour, you know things are getting serious, daddy-o. bobcorritore.com

6. Best DJ
Mr. P-Body
The Hotel Valley Ho’s longtime resident DJ has been delighting poolside parties with his turntable mastery since the mid-1990s. And he can be yours for the night if you want to crank your party up to 11. 480-215-9333, mrpbody.com

7. Best Venue for A Private Party
The Croft Downtown
Located in the Warehouse District south of Downtown Phoenix, The Croft is the coolest place for private parties, with 10,000 square feet and rustic-urban décor. 22 E. Buchanan St., Phoenix, 602-462-9700, thecroftdowntown.com 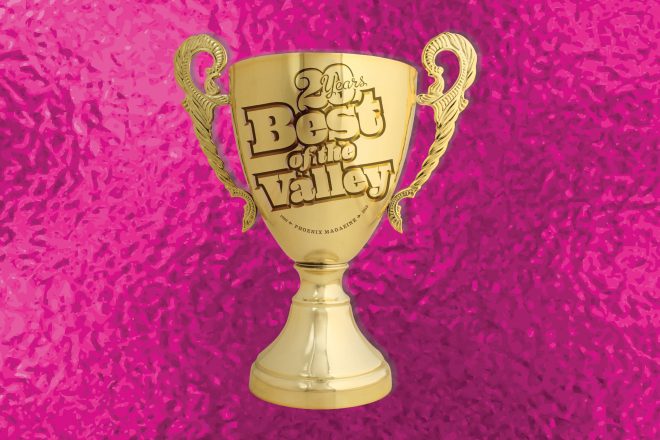 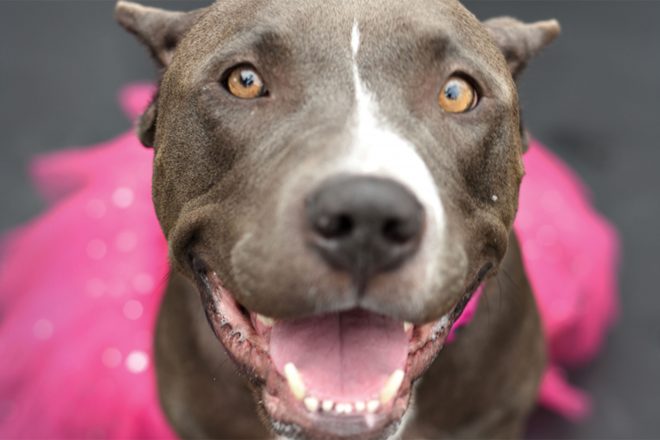