Colangelo, the former owner of the Phoenix Suns and Arizona Diamondbacks, has been away from both teams since 2004. In the interim, he’s managed to buy and refurbish an iconic hotel, help create the new Arizona Commerce Authority and win a gold medal at the 2008 Summer Games in Beijing. Next, he’s gearing up for the 2012 London Olympics, patching frayed relationships with the Diamondbacks, and possibly jumping into a new role at Grand Canyon University.

At age 71, he’s not exactly slowing down.

Colangelo has been a fixture on the Phoenix sports scene since he came to work for the expansion Phoenix Suns in the late 1960s. After more than four decades in Arizona, the Chicago native is considered by many to be the most influential business leader in Phoenix. He helped build US Airways Center and Chase Field, and has been the leading voice for development in Downtown Phoenix.

The scope of his development business, however, branches across the Valley. JDM Partners, which Colangelo owns with Mel Shultz and David Eaton, bought the Wigwam Resort in Litchfield Park late in 2009. It was purchased out of bankruptcy and refurbished before reopening early this year.

Colangelo is bullish on Phoenix-area real estate. JDM is creating a second $100 million opportunity fund that will go toward more purchases in the Valley. “We’re looking here and other areas of the country with the new fund,” he says. “This Valley will continue to grow, there’s no question.”

As the Valley battles its way out of the Great Recession, Colangelo will try to boost the economy as co-chair of the Arizona Commerce Authority. This privatized group was spearheaded by Governor Jan Brewer and replaces the Arizona Department of Commerce. It formally launched July 1.

“I was asked to serve and was willing to,” Colangelo says. “This is not a paid position for me. I do it because I care about the future of Arizona.”

Don Cardon, the CEO of the ACA, says Colangelo’s involvement has strongly influenced other Arizona business leaders to join: “Because of his experience and connections, he gives the Authority a sense that the state is playing on a global stage by people that understand business. He’s also brought credibility to the legislative body because of his proven business success.”

It was Colangelo’s credibility in basketball circles that led USA Basketball to hire him as its director in 2005. The national team was coming off an embarrassing bronze medal in the 2004 Summer Games in Athens. Misbehavior off the court and selfish play on it gave USA Basketball a black eye on the international stage. Colangelo was brought in to fix the team’s image and lead it back to prominence. He was given authority to handpick the players and coaches, and he chose well. In 2008, the USA reclaimed the gold in what Colangelo calls the proudest moment of his career.

“I’ve been blessed with a lot of successes, but when we won in Beijing and the national anthem was played, it was a moment of total fulfillment. There’s nothing like representing your country on an international stage,” Colangelo says.

As the 2012 London Games approach, Colangelo’s focus will shift back to the national team. Since USA won the world championships last summer, it doesn’t need to qualify for Olympic play. However, the tricky process of selecting the roster will be in Colangelo’s hands until the final 12 are picked in June.  “Now everyone wants to play for USA Basketball. We are the defending champs on all levels in both genders,” Colangelo says. “I’ll be keeping an eye on players over the next year, but whoever plays, we will have a very strong team out there.”

However, Colangelo isn’t involved in the baseball world anymore. His departure from the Diamondbacks seven years ago was fraught with acrimony. Colangelo said there was a lack of support from the minority owners, including current Managing General Partner Ken Kendrick, so he stepped down. The move came as the team was losing huge sums of money amid sliding attendance and mounting debt.

Colangelo says he very rarely attends Diamondbacks games, but he was invited back by Kendrick in September to celebrate the 10th anniversary of the team’s 2001 World Series win over the New York Yankees.

“It was natural for him to be a part of the celebration,” says D-backs President Derrick Hall. “We thought this was a great opportunity to bridge the gap between the two ownership regimes. I don’t want him to feel uncomfortable in this building at any time.”

Colangelo joined in the celebration of the 2001 team, but don’t expect him to become a regular in the stands at Chase Field. “The fact that they called me was a step in the right direction,” Colangelo says. “The history is what it is in terms of my bringing baseball here and winning the World Series. But it’s not been pleasant since I left.”

Though he has the job as long as he wants it, Colangelo says he will possibly part ways with USA Basketball after the 2012 games in London. His involvement with the ACA may also wind down after a year or two.

Still, it appears unlikely Colangelo will move idly into retirement. There’s speculation that after stepping down from Grand Canyon University’s board of directors this summer, he’s poised to have a larger involvement in the school. For now, he’s not revealing details. 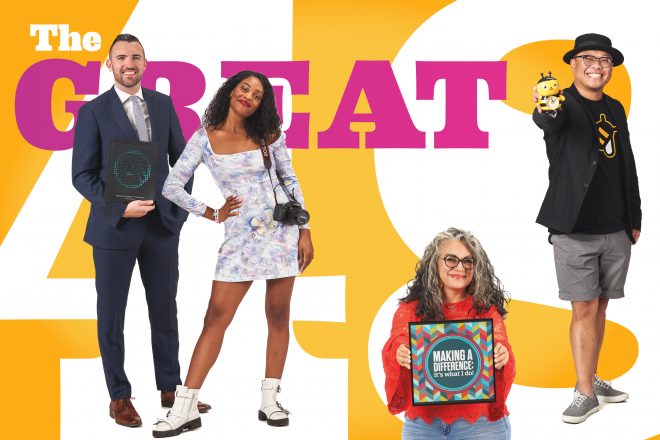